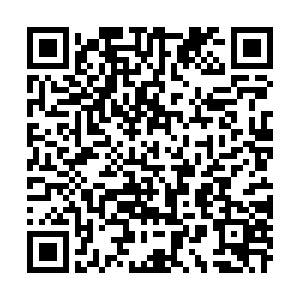 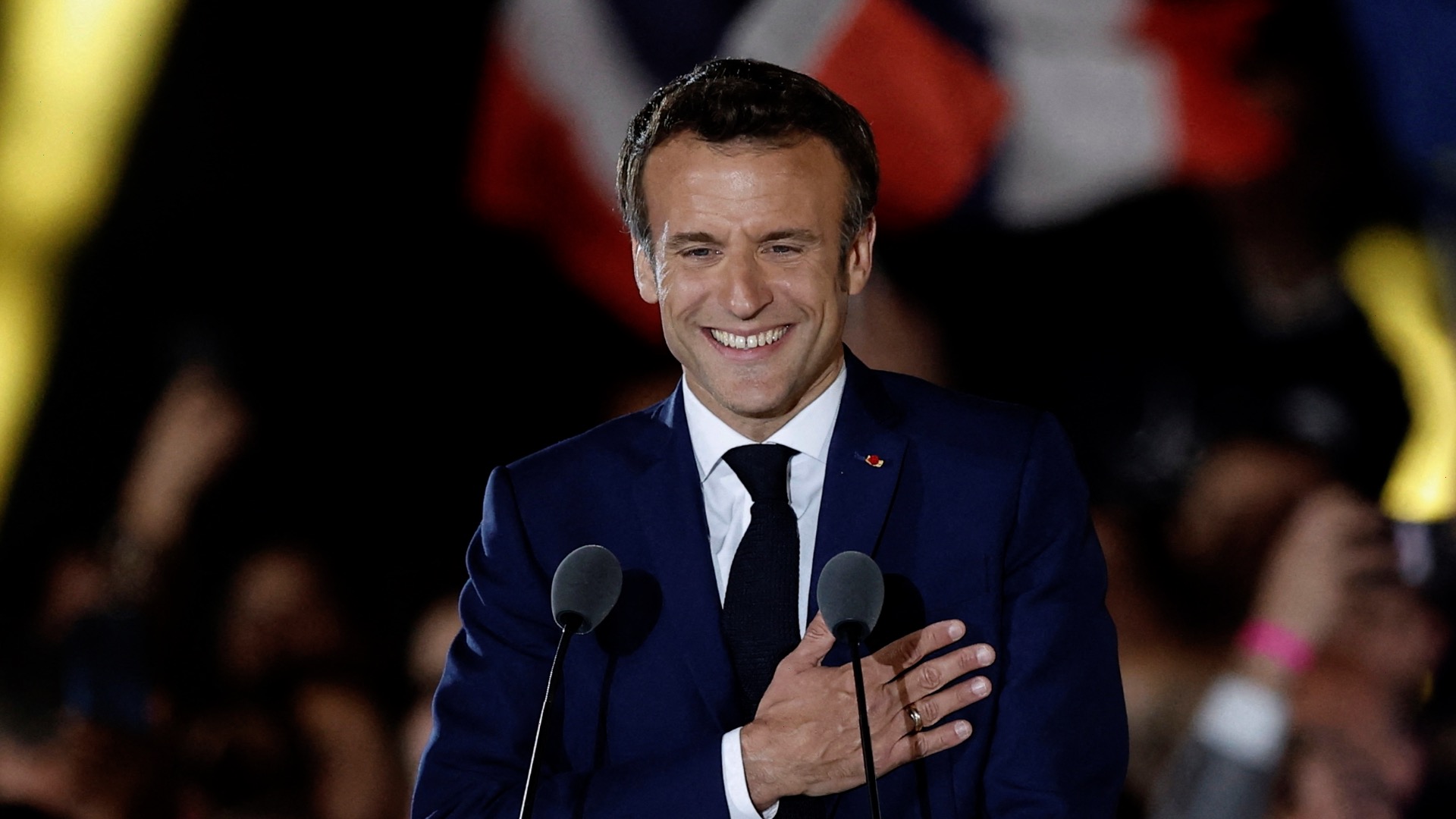 At his victory gathering, Macron entered the Champs de Mars, holding his wife's hand and surrounded by the youth, along with the European anthem of Beethoven's "Ode to Joy."

Macron said that his ambition for the next five years is to make France more independent, make a stronger Europe and continue to invest in the country to make "France a great ecological nation."

In his speech, he vowed to be conscious of the citizens that voted for Le Pen, and thanked those who voted for him in the second round against the far-right party.

"I am not a candidate of a party, but the president of all," Macron said, adding that "we will have to be strong but no one will be left aside."

"I am so proud to serve again," the president-elect said. 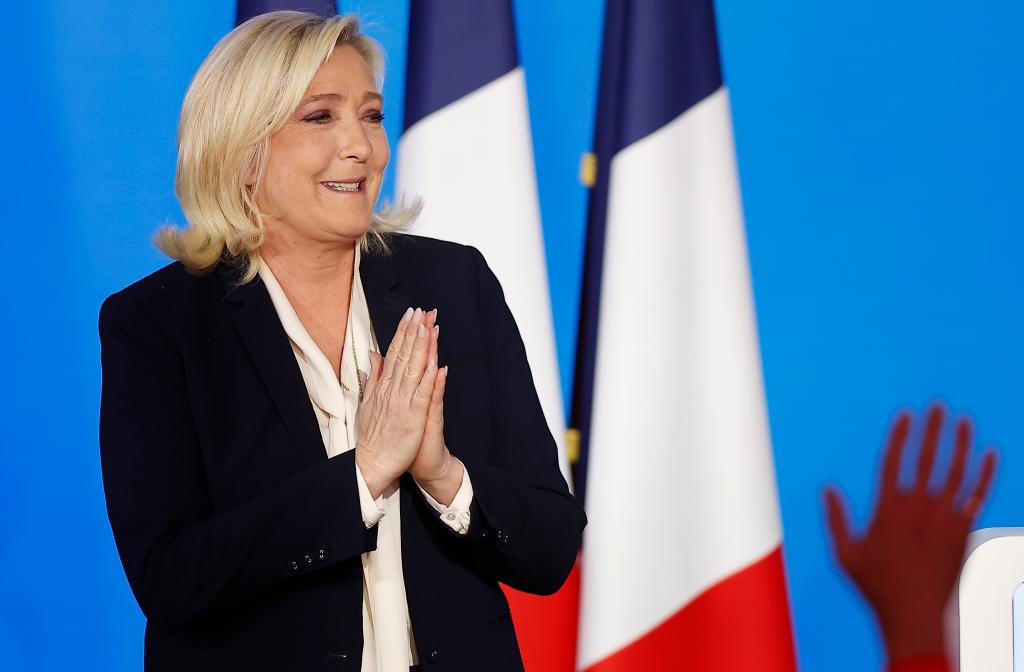 In her speech after learning about the preliminary results, Le Pen said that "the result itself is a resounding victory."

"Millions of our compatriots have chosen the national camp and change. I extend my deepest gratitude to those who trusted me in the first round and to those who, by the millions, joined us in the second," she said.

In 2017, Macron and Le Pen also competed for the French presidency in a runoff vote, during which Macron was elected president with 66.1 percent of the votes. Official results of the presidential runoff are expected to be published by the French Interior Ministry on Monday. Supporters of incumbent French President Emmanuel Macron react after results are announced in the second round vote of the 2022 French presidential election near Eiffel Tower at the Champs de Mars in Paris, France, April 24, 2022. /Reuters

Supporters of incumbent French President Emmanuel Macron react after results are announced in the second round vote of the 2022 French presidential election near Eiffel Tower at the Champs de Mars in Paris, France, April 24, 2022. /Reuters

"Bravo Emmanuel," European Council President Charles Michel, wrote on Twitter. "In this turbulent period, we need a solid Europe and a France totally committed to a more sovereign and more strategic European Union."

"Congratulations to the President and a true friend @EmmanuelMacron on the election victory," Ukrainian President Volodymyr Zelenskyy wrote on his Twitter account in early hours on Monday.

Macron was the minister of economy from 2014 to 2016 under the presidency of Francois Hollande and was the deputy secretary-general of Hollande before being a minister.

Macron created his own political movement "En Marche!" (On the Move!) and won the 2017 presidential election by 66.1 percent in the runoff against Le Pen.

His presidency was marked by terrorist attacks and he supported an anti-terrorist law and legislation against Islamist separatism. His term was also accentuated by social movements such as the protests of the Yellow Vests movement in 2018.

As the first French president to win a second term for two decades, he vowed in his campaign to increase the French people's purchasing power and to maintain the shield against the increase of prices of electricity and gas amid the energy shortage caused by the ongoing Russia-Ukraine crisis.

(Cover: French incumbent President Emmanuel Macron delivers a victory speech at the Champ de Mars in Paris after being re-elected to a second five-year term as France's president, April 24, 2022. /CFP)