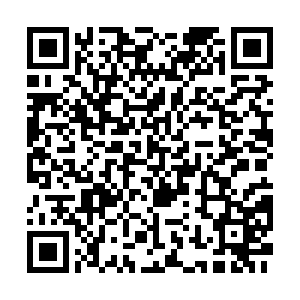 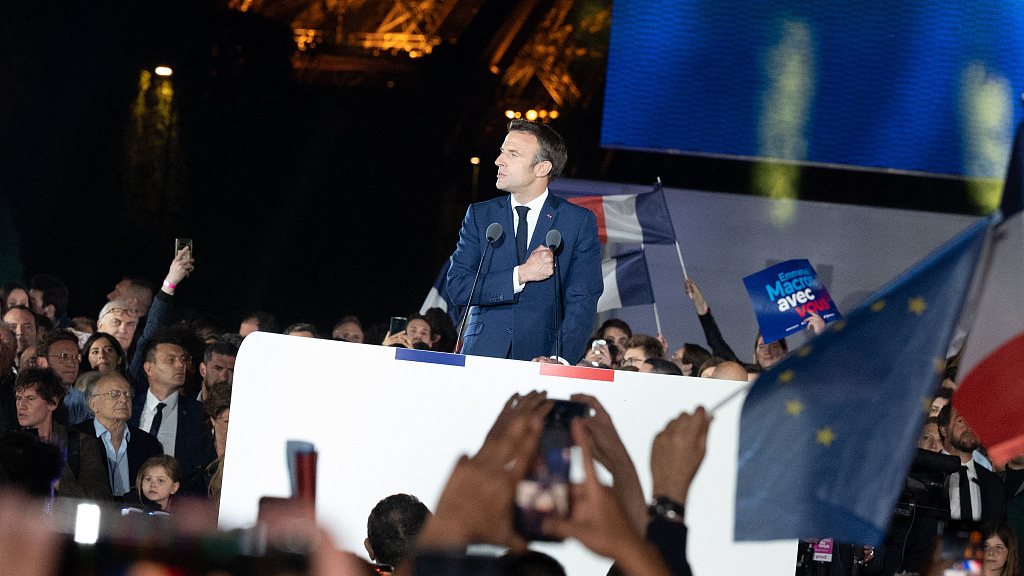 After the announcement of the election results, French President Emmanuel Macron gives a speech to his supporters from the Champ-de-Mars in Paris, France. /VCG

After the announcement of the election results, French President Emmanuel Macron gives a speech to his supporters from the Champ-de-Mars in Paris, France. /VCG

Editor's note: Freddie Reidy is a freelance writer based in London. The article reflects the author's opinions and not necessarily the views of CGTN.

On April 24 local time, Emmanuel Macron was re-elected French president. Early indications are that the incumbent did enough to hold off his rival Marine Le Pen on the far-right by securing about 58 percent of the vote, but can Macron rest easy?

Victory for Macron had certainly not appeared a foregone conclusion, but a late campaign surge and an assured performance in the final debate televised debate earlier in the week appear to have secured a second term for a French president for the first time since 2002.

In 2002, Jacques Chirac defeated Marine Le Pen's father Jean-Marie by 82 percent of the votes as opposition parties rallied behind Chirac in the face of a far-right candidate. However, Macron could not hope for such a landslide. NSP polls indicated a 54.2 percent share of the votes for him, with Le Pen pulling 45.8 percent.

While the result was more comfortable than predicted, a stronger performance for Le Pen than in 2017 represents a troubling normalization of far-right politics.

Le Pen may have broadened her appeal by focusing on the cost-of-living crisis in lieu of her traditional campaign themes of immigration and French sovereignty. The policies of her Rassemblement Party remain distinctly right wing.

Le Pen has sought to use the election as a referendum on Macron, asking crowds at a rally, "Why wait for Macron to step down when, by using your vote, you can fire him?" 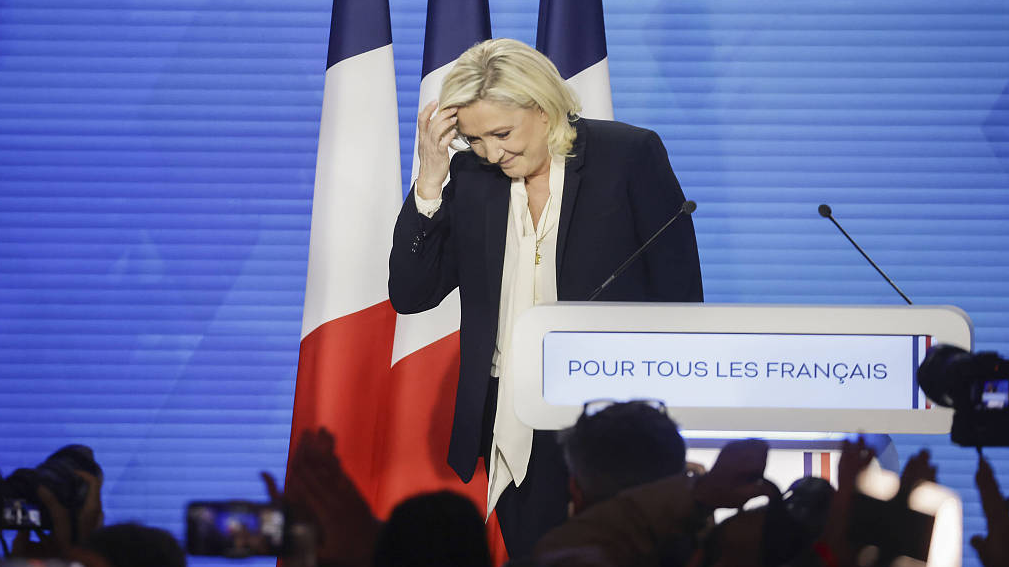 Macron also felt more comfortable portraying the specter of a Le Pen presidency to galvanize a resistance at the ballot box. "I do not want France to pull out of the EU and to only have international xenophobes and populists for allies. That is not us."

Points which were echoed by the leaders of Germany, Spain and Portugal in an open letter published in Le Monde last week "A France that defends our common values, in a Europe that we recognize, that is free and open to the world, sovereign, strong and generous … we hope that the citizens of the Republic of France will choose it."

While fellow members of the European Union may trumpet France's virtues and contribution to the European project as a means of rallying support for Macron, much of Le Pen's campaign had relied on the diametric opposite.

Le Pen has argued that France is "the world champion of debt … world champion of unemployment, the world champion of poverty." A critique that struck a chord in depressed areas across the nation and a fortune so radically contrasted by the imperial air of the incumbent. A point Le Pen attempted to drive home during Wednesday night's debate, "We were told you were the Mozart of the economy, Mr Macron, but your record is abysmal."

Arguably, Macron was able to cross the line with the aid of the anti-Le Pen faction, with all other first-round candidates other than Eric Zemmour backing the president.

Legislative elections will follow in June. They will be of greater concern to the newly re-elected president, as the true extent of discontentment with his presidency will be felt. He will not be able to rely on an anti-Le Pen alliance or the weakness of the traditional parties. A foreshadowing of this backlash is an alarming 28 percent rate of abstention in Sunday's election.

While Le Pen has fallen short, her policies have gained a mainstream status, something her father never achieved. Her party has made the run-off in the third presidential election out of the last five. Ideologically too, Le Pen has consolidated the right and gained friends in the far-left sovereigntist French politics, where protectionist economic policies chime with her desire for reindustrialization.

French presidents may hold the most executive authority of any Western nation, but the limits of that authority are sure to be tested by a more coordinated opposition during Macron's second term. Le Pen may have lost the battle, but the war remains to be fought.