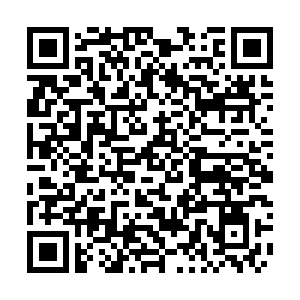 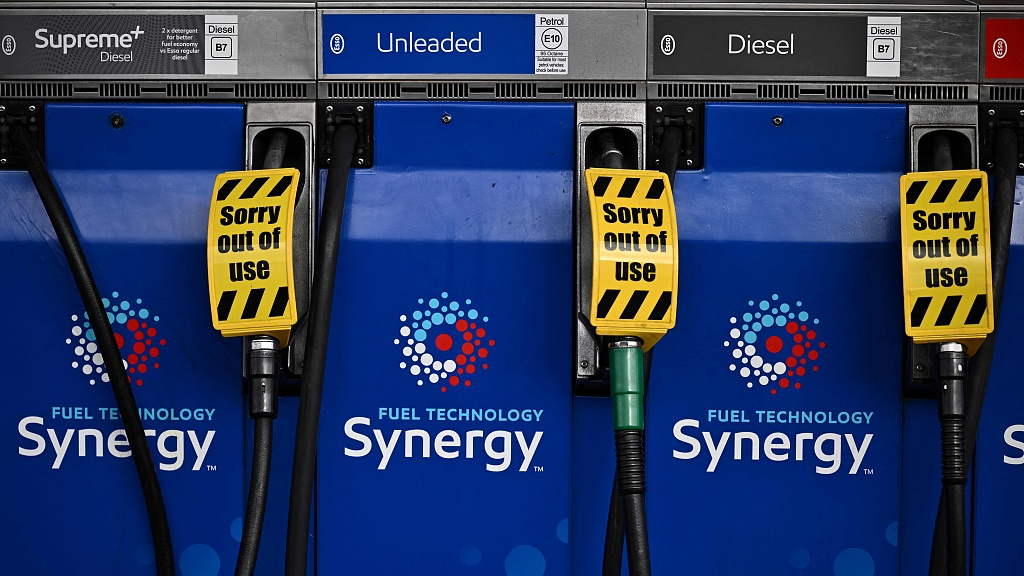 Fuel pumps warning customers about a shortage of diesel and fuel at a petrol station in Paddock Wood, Kent, April 12, 2022. /VCG

Fuel pumps warning customers about a shortage of diesel and fuel at a petrol station in Paddock Wood, Kent, April 12, 2022. /VCG

Editor's note: Andrian Prokip is an energy analyst at the Ukrainian Institute for the Future, an independent think tank in Kyiv, and serves as a senior associate at the Kennan Institute of the Woodrow Wilson International Center in Washington, D.C. The article reflects the author's opinions and not necessarily the views of CGTN.

February 24, the day when Russia launched its special military operation in Ukraine, was a turning point for regional and even global energy markets. It invoked Western sanctions against Russia to contain the latter's military aggression. And energy is an integral part of these sanctions.

On the other hand, the implementation of these restrictions is partly complicated by the role of the Russian energy trade, particularly in Europe. Many European states are so deeply dependent on Russian gas and oil that they cannot cut off these supplies immediately. As many as 155 billion cubic meters of natural gas consumed in the European Union in the last year was of Russian origin, which accounted for around 45 percent of the EU gas imports. Consequently, the process of total refuse from Russian gas in the EU will take a period of three to five years, which requires an unchanged political will to reduce energy imports from Russia. Meanwhile, other energy exporters, first of all, those of natural gas, may not be ready to produce or supply additional volumes immediately. Sure, this change will result in upward pressure on energy prices. 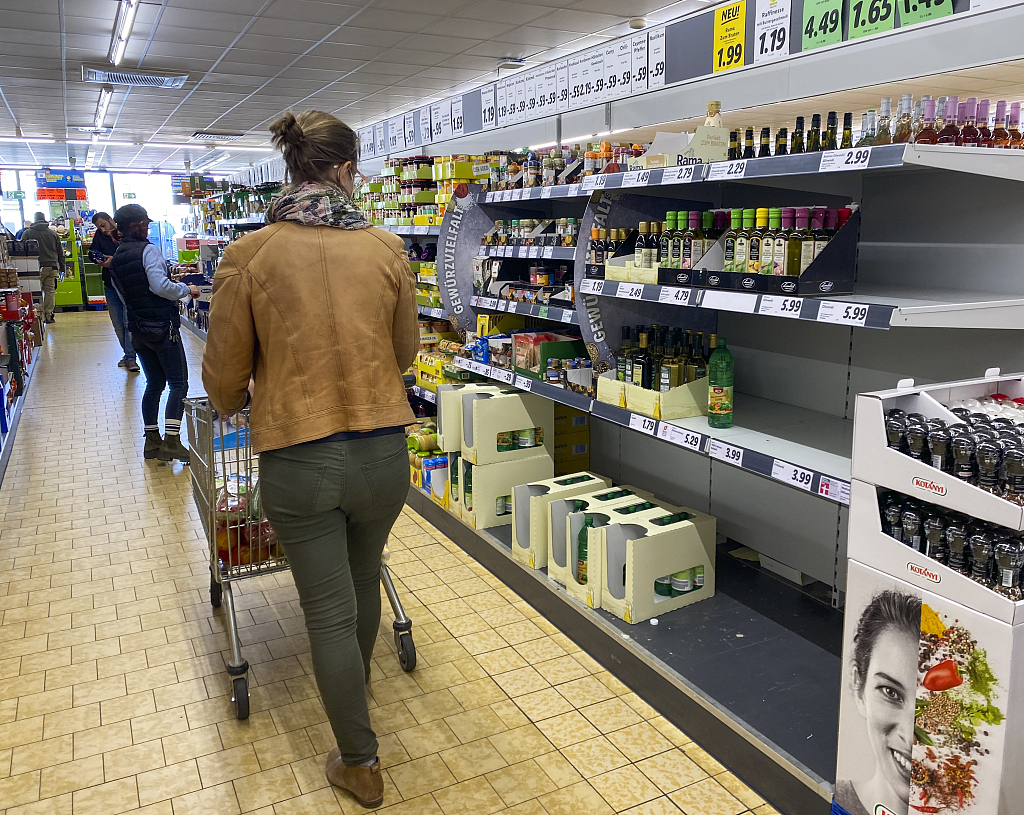 A view of a supermarket during shortage of sunflower oil and flour supply in Berlin, Germany, April 19, 2022. /VCG

A view of a supermarket during shortage of sunflower oil and flour supply in Berlin, Germany, April 19, 2022. /VCG

To cope with possible price rallies and simplify the process of decreasing dependence on Russia, we may see some changes in the EU's energy policy or at least in some European states. For instance, plans for coal and nuclear phase-out may be postponed in order to reduce demand for natural gas in electricity production. We already saw the United Kingdom's plans to expand nuclear and wind energy capacities, as well as Belgium's decision to postpone the nuclear phase-out.

At the same time, Russia will experience problems with storing already produced natural gas when Europe declines imports. And all these volumes of gas technically cannot be traded to other regions, such as Asia. This will push Russian companies to fire some of this gas and stop production, which in the future, tighter with other sanctions that ban the transfer of technologies to Russia, will badly affect Russian capabilities to produce more natural gas. Firing more gas in Russia will also cause environmental concern globally and undermine attempts at climate change prevention.

Substitution of Russian oil seems easier. But this will also affect gasoline prices in Europe and other regions. This will mean benefits for other oil-exporting countries as well. But import-dependent states which buy a lot of energy, like the EU members, will suffer from these price rallies. And these countries are interested in pushing other oil-producing states to increase production and supply. However, some countries may continue buying Russian oil with huge discounts, as India intended to do.

Now it's difficult to make an accurate forecast of global energy markets after sanctions against Russia. But the clear thing is that this may reshape markets and energy mixes globally.