Download
What does Macron's re-election mean for China?
By Yan Shaohua 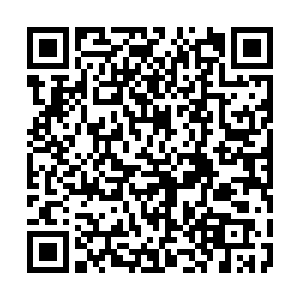 Editor's Note: Yan Shaohua, PhD, is an associate research fellow at the Institute of International Studies at Fudan University. With Emmanuel Macron re-elected as France's president, Yan argues that Macron's victory is expected to bring at least continuity and stability to China-France ties and China-EU relations amid global uncertainties. The article reflects the author's opinion and not necessarily those of CGTN.

French President Emmanuel Macron's victory over far-right rival Le Pen on Sunday is hailed as a relief not only in Europe but also in China.

Following the German election last September, the French election in 2022 was seen as another decisive event for EU-China relations, which have suffered from turbulence in the past two years.

From a Chinese perspective, there is an urgent need for political leadership to get Europe and EU-China relations out of the current stalemate, and Macron is the ideal figure to offer such leadership.

Macron is the preferred candidate over Le Pen because he takes a more pragmatic approach toward China like Merkel did, and he is one of the few European politicians that embrace a grand vision of strategic autonomy for Europe, which is in line with China's concept of a multipolar world.

At a time of increasing turbulence, the election of a nationalistic Le Pen is certainly not in China's interest. Meanwhile, Macron's victory is expected to bring at least continuity and stability to EU-China relations and generate positive implications for China at the bilateral, European and global level.

At the bilateral level, Macron is supposed to continue his balanced approach toward China, which has contributed to the overall stability of China-France relations during his first term.

Macron once said he would visit China every year during his term. Although this commitment was broken by the COVID-19 pandemic, he is one of the incumbent European leaders that has met with his Chinese counterpart most frequently, signaling a strong political will to maintain high-level dialogue and cooperation with China.

During a recent call in February 2022, France and China reached a consensus to strengthen cooperation in agriculture, aviation, finance, nuclear energy and green development, etc. Macron's victory is conducive to implementing such a consensus and can tap the potential of China-French bilateral cooperation.

At the European level, Macron will play a vital role in shaping the EU's policy toward China.

As Council Presidency, France bears the major responsibility of dealing with thorny issues such as human rights sanctions, ratification of the EU-China Comprehensive Agreement on Investment (CAI) and the damaged China-Lithuania relations.

Although making breakthroughs on these issues is not very realistic in the short term, France is anticipated to promote positive agendas between the EU and China.

For instance, China has agreed to resume the EU-China Human Rights Dialogue during a recent summit and ratified two international conventions on forced labor last week, which is an apparent move to ease tensions with Europe.  It is up to France to build on the momentum and create conducive conditions for the final approval of the CAI.

As one of the priorities of the French presidency, Africa could be another area where France could promote EU-China cooperation in terms of debt alleviation, COVID-19 vaccination and development cooperation.

At the global level, Macron is an important partner for China in strengthening and revitalizing multilateralism.

Macron has touted multilateralism as a principle of action for French diplomacy and has jointly launched an Alliance for Multilateralism with Germany in 2019.

Macron's diagnosis of the deep crisis of the traditional international order and his call for a "new global balance" also resonate well with China.

As members of the United Nations Security Council (UNSC), France and China have a common interest in promoting multilateralism with the UN at the center.

In view of the inefficiencies of the UNSC over the past years, Macron once supported the idea of a P5 summit of the UNSC to discuss international peace and security issues.

With the Ukraine crisis ongoing, such a summit might prove valuable to the diplomatic solution of the conflict, and there is no better country than France and China to jointly make that happen.