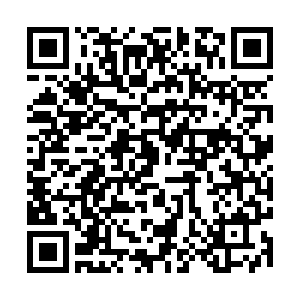 China on Wednesday urged the U.S. to adhere to the one-China principle, warning that reneging on the commitment will push the Taiwan region to dangerous waters and bring unbearable cost to the U.S. itself.

U.S. Secretary of State Antony Blinken said at a congressional hearing on Tuesday that the U.S. administration is determined to make sure that "Taiwan has all necessary means to defend itself against any potential aggression" and that it is focused on "strengthening Taiwan's asymmetric capabilities as a deterrent."

"Since China and the U.S. established diplomatic ties in 1979, U.S. administrations, including the current one, have all clearly stated that they would adhere to the one-China principle," Wang pointed out.

According to the spokesperson, the China-U.S. Joint Communique on the Establishment of Diplomatic Relations and the August 17 Communique clearly noted that "the United States of America recognized the Government of the People's Republic of China as the sole legal government of China, and it acknowledged the Chinese position that there is but one China and Taiwan is part of China."

In the Shanghai Communique, the U.S. side also declared that "the United States acknowledges that all Chinese on either side of the Taiwan Straits maintain there is but one China and that Taiwan is a part of China. The United States Government does not challenge that position," Wang added.

Wang noted that the U.S. admits that Taiwan is part of China, but keeps talking about the mainland's potential "aggression" of Taiwan. "Isn't this self-contradictory since a country cannot 'invade' part of its own territory?"

The spokesperson reiterated that the historical trend of China's reunification cannot be held back, and the one-China principle is what underpins peace and stability across the Taiwan Straits.

Wang stressed that the U.S. should not underestimate the strong resolve, determination and capability of the 1.4 billion Chinese people in defending national sovereignty and territorial integrity.