Download
UN takes lead on solving Ukraine crisis, as it should
Anthony Moretti 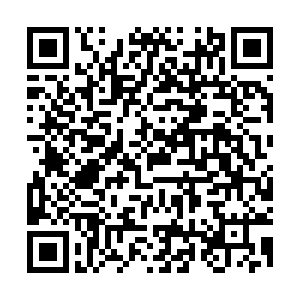 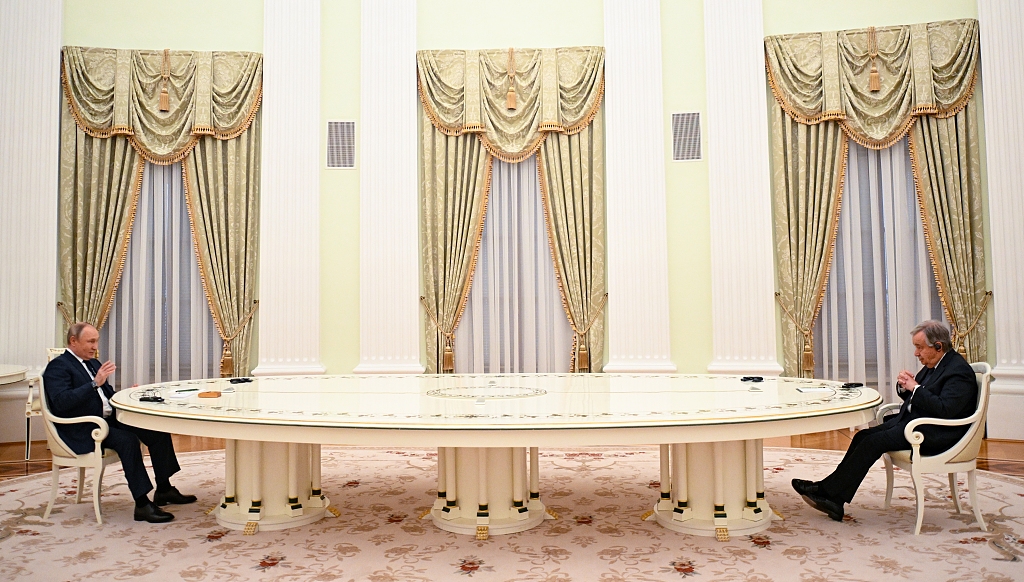 United Nations Secretary-General Antonio Guterres is making his pitch to end the Russia-Ukraine crisis, which has entered its third month. And as Guterres spoke to Russian President Vladimir Putin on April 26 and will meet his Ukrainian counterpart Volodymyr Zelenskyy in the coming days, an uncomfortable question lingers in the air: Will Western politicians stop their symbolically heavy but substance-light trips to the region and allow the UN to figure out how to end the crisis?

According to a statement released by the UN, Guterres this week "will meet as well with UN staff on the ground to discuss the scaling up of humanitarian assistance to the people of Ukraine," and these announcements come "before the UN's next appeal for war-torn country" coming later this week.

Perhaps his appeal can include a simple request for Western leaders: Stay home.

Of course, there is no certainty that Guterres's talks with the two presidents will be successful, but he is at least putting himself front and center in attempting to find a legitimate solution to end the conflict. The same cannot be said for the multiple Western leaders who in recent weeks have visited Ukraine, where they stayed just long enough to say a few words and look tough while walking down the streets.

Take European Commission President Ursula von der Leyen as an example. Roughly two weeks ago, she made such a trip, which she said was necessary because "I want to send a very strong message of unwavering support to the Ukrainian people and their brave fight for our common values." One can presume that Russia does not share "our" common values, which throughout the West in recent years has included sanctioning the leaders and the people of any nation that dare to speak against Western hegemony. 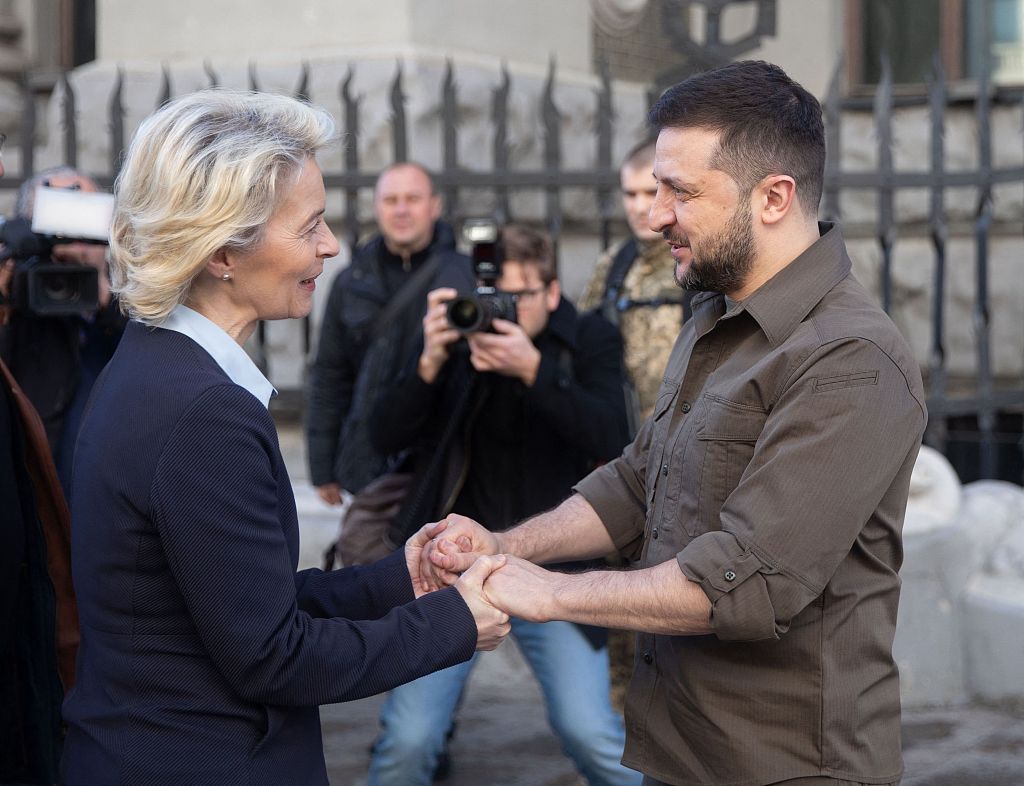 Western media – almost all anti-Russia – rejoiced at Von der Leyen's visit, and such an emotional response ensured that journalists missed the story: The couple of hours she spent there did nothing to solve the crisis. Moreover, she was not interested in doing anything that would have raised the prospect of peace. No, her visit merely reaffirmed that Europe was doing all it could to weaken Russia.

Almost as soon as Von der Leyen left Ukraine, British Prime Minister Boris Johnson showed up. The New York Times was among several Western news organizations describing Johnson's visit as a "surprise." It very well might have been, but Johnson, who needs all the positive news he can get these days, appeared confused — as he often does on the world stage. He, too, was guilty of contributing to locking in the Western narrative that claims the world must stand up to the big, bad bully in Moscow.

Journalists have now eliminated any pretense of asking Western leaders challenging questions such as how the North Atlantic Treaty Organization's (NATO) consistent and reckless expansion from Western Europe through Central Europe and into Eastern Europe over the past couple of decades created unease in Russia. No one is asking whether a Ukraine that could have committed itself to independence from NATO would have never seen Russian military aggression.

And good luck hearing any reporter ask if the West's decision to arm Ukraine is doing more to continue the war rather than end it. Western leaders will tell you shipping missiles, tanks and other war materiel to Ukraine is necessary in order to give the Ukrainians a fighting chance, but the bitter truth is that the increased war machine is doing far more harm than good.

The UN is the only international body capable at this point of brokering a deal that will end the physical and emotional toll inside Ukraine. Unlike the West, which is further destroying Ukraine by arming it and thus extending the fight against Russia, seeks only to undermine Putin's image at home and across the globe. The simple calculus: If Putin loses, the West wins. Ukraine's role in all this is to be the literal and figurative battlefield in that fight.

For Guterres, the purpose is different. His mission is to end the fighting, which will allow Ukraine to quickly begin its rebuilding. Peace will also increase the chances of more Ukrainian families reuniting. And, yes, the end of the battles will allow Russian troops to return home and to their families.

Guterres and Putin during their conversations on April 26 discussed proposals for humanitarian assistance and evacuation of civilians from conflict zones. One can hope that Guterres also affirms to Zelenskyy that Ukraine will need to acknowledge publicly that it will not seek membership in NATO in order to reduce the tensions with Russia.

We cannot know how either man receives the messages he hears, but we can know this: The words were and will be spoken by a man committed to ending the conflict rather than being at the center of a vacuous trip to a battle zone.