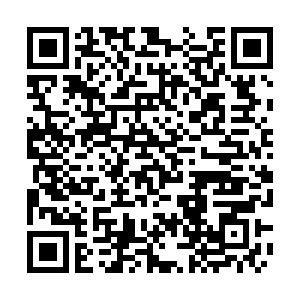 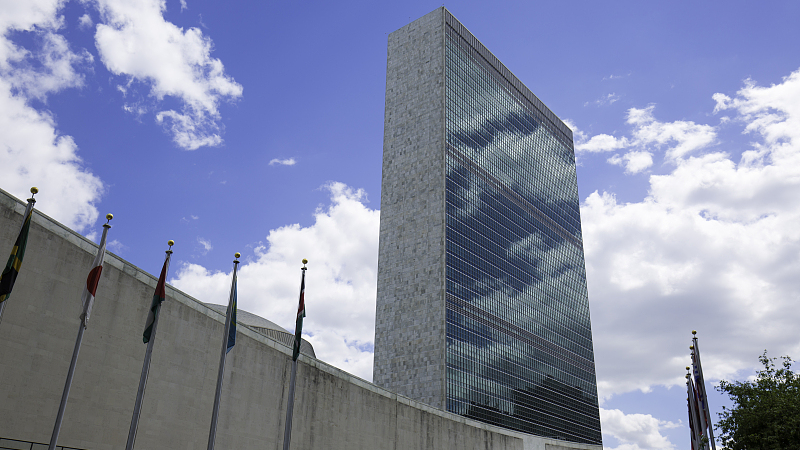 Headquarter of the United Nations. /CFP

Headquarter of the United Nations. /CFP

Editor's note: Elias Jabbour is a professor at the School of Economics at the State University of Rio de Janeiro. The article reflects the author's opinions, and not necessarily the views of CGTN.

A recent resolution was introduced as a surprise in which the General Assembly of the United Nations (UN) should hold a debate on all resolutions that were vetoed by the Security Council within the past 10 working days. By an initiative led by Liechtenstein, the proposal was accepted.

It's a clear way to circumvent Russia's frequent use of veto powers to shutter resolutions that do not meet its legitimate national security interests. Many international analysts have already demonstrated: The UN, in addition to having been delegitimized by the U.S. for a long time, also offers legal possibilities to circumvent resolutions that impact the interests of countries including the U.S. This is very serious, even more so when there is – in fact – an international governance crisis.

Yet the problems of the UN, the recent crisis of the "veto," and an attempt to demoralize this entity by the U.S., must be seen within a broader set of analysis. The current UN Security Council reflects a correlation of forces at the international level dating back to the end of World War II. The material basis of the world has changed dramatically ever since.

The legitimacy of the UN as the main instrument of international governance requires a reform of its Security Council. But what if a country disobeys the principles of the UN Charter? Let's refer to the United States and its dubious history.

From the 1990s until the Iraq war, the U.S. has ignored numerous UN resolutions. For example, the UN General Assembly rejects the blockade of Cuba every year while the U.S. tightens the financial siege against the island. This same assembly has condemned the expansion of Israeli settlements in Palestinian territory but Washington endorses the alleged colonization of Palestine in flagrant violation of the basic rules of international law. 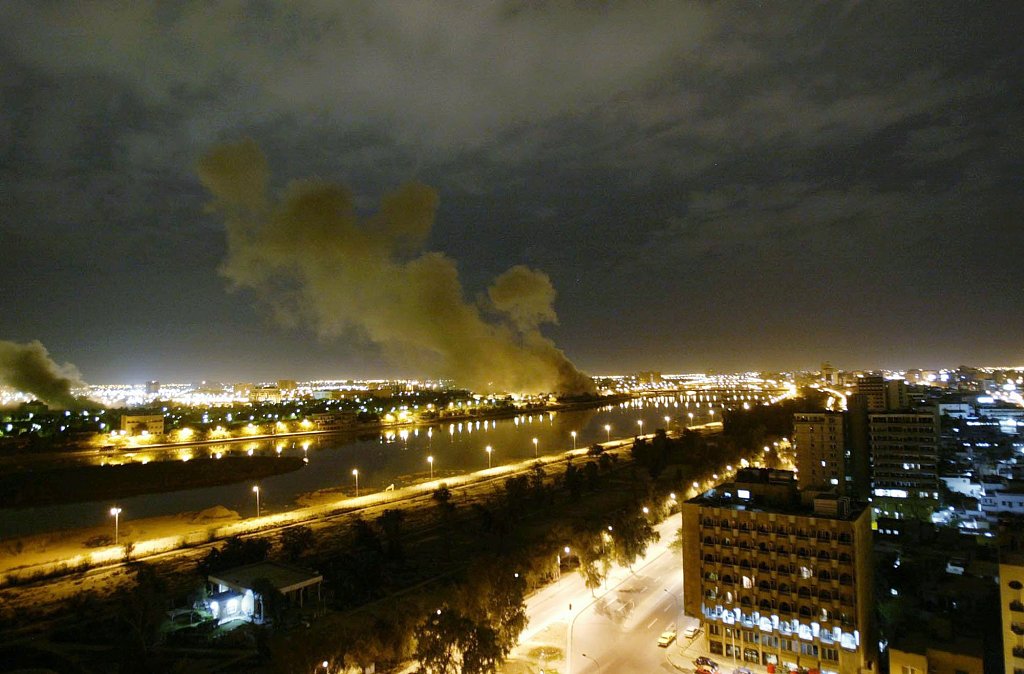 Smoke rises from the Trade Ministry in Baghdad after it was hit by a missile during U.S.-led forces attacks, March 20, 2003. /CFP

Smoke rises from the Trade Ministry in Baghdad after it was hit by a missile during U.S.-led forces attacks, March 20, 2003. /CFP

Another movement that we observe when it comes to the "veto" crisis regards the delegitimization of the UN leaving a void in international politics that has been filled by NATO(North Atlantic Treaty Organization). NATO accuses, judges and executes the punishments provided in its "self-ordained laws." The U.S. does not need Security Council approval to force its military agenda onto its allies and the international community.

The U.S. uses NATO and its non-NATO allies to carry out the decisions made by the power installed in Washington. It also forces countries to finance major military operations, such as the assault on Libya, and demands that more weapons and "lethal aid" get delivered to Kyiv to transform the conflict in Ukraine into an "endless war" to weaken and destabilize the Russian Federation.

The international situation has become extremely serious. The "veto" crisis is just the tip of an iceberg that should lead us back to a major crisis of the international order. One of the characteristics of this type of crisis is the use by the hegemonic power, in this case U.S. imperialism, to use all possible means to circumvent the rules or use the existing rules solely in their favor.

The crisis of the international order is crystal clear. In a world where an organization such as the UN has peacekeeping as its principle, the U.S. resorts to an organization of a military and militaristic character to enforce its interests.

Vladimir Lenin was prophetic in deciphering imperialism as the "reaction all along the line" with the tendency to violence in its DNA. We live in dangerous times with the transformation of violence into an instrument of foreign policy enforced by "democratic nations."