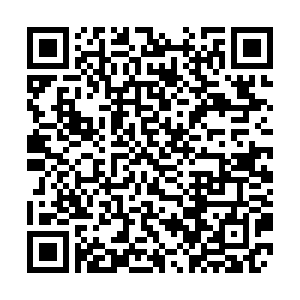 A spokesperson for the Chinese Embassy in the UK on Thursday expressed firm opposition to the remarks of British Foreign Secretary Liz Truss over China.

Truss in a recent speech launched an unprovoked attack on China, criticizing it for not condemning Russia's action in Ukraine and claiming that if China did not play by "the rules," the West would unite to prevent its rise. She also said that "the West should help Taiwan to defend itself".

Calling the UK official's remarks "arrogant, rude and unreasonable," the spokesperson reiterated that China's policy and position on the Ukraine issue are consistent and clear.

The spokesperson pointed out that the international community hopes that peace could return to Europe at an early date, adding that some people, instead of working earnestly to promote peace talks and an early ceasefire, are bent on instigating the escalation of conflict and inciting bloc confrontation.

"It seems to them that the chaos in Europe is not enough, and they want to take the whole world down. What kind of mentality is this?" the spokesperson asked.

The spokesperson repeated that China has always stood on the side of peace, on the side of the purposes and principles of the UN Charter, and on the right side of history.

"We would also like to remind the UK official that there is only one China in the world, Taiwan is an inalienable part of China, and the government of the People's Republic of China is the sole legitimate government representing the whole of China," said the spokesperson.

The one-China principle is the general consensus of the international community and the norm of international relations, and it is also the political foundation and an important prerequisite for the establishment and development of diplomatic relations between China and the UK, the spokesperson added.

The embassy also noted that the UK government recognized Taiwan as a province of China as early as 50 years ago, urging the UK official to stop manipulating Taiwan-related issues and refrain from words and deeds that go against the one-China principle, so as not to cause new damage to the China-UK relations.

"Gone are the days when a handful of Western countries could manipulate international rules and monopolize world affairs," the spokesperson said, adding that the imperialist and Cold-War mindset portrayed in the UK official's remarks are against the will of the people of the world and utterly anachronistic.

The spokesperson warned that any attempt to obstruct the progress of the Chinese people is doomed to fail.