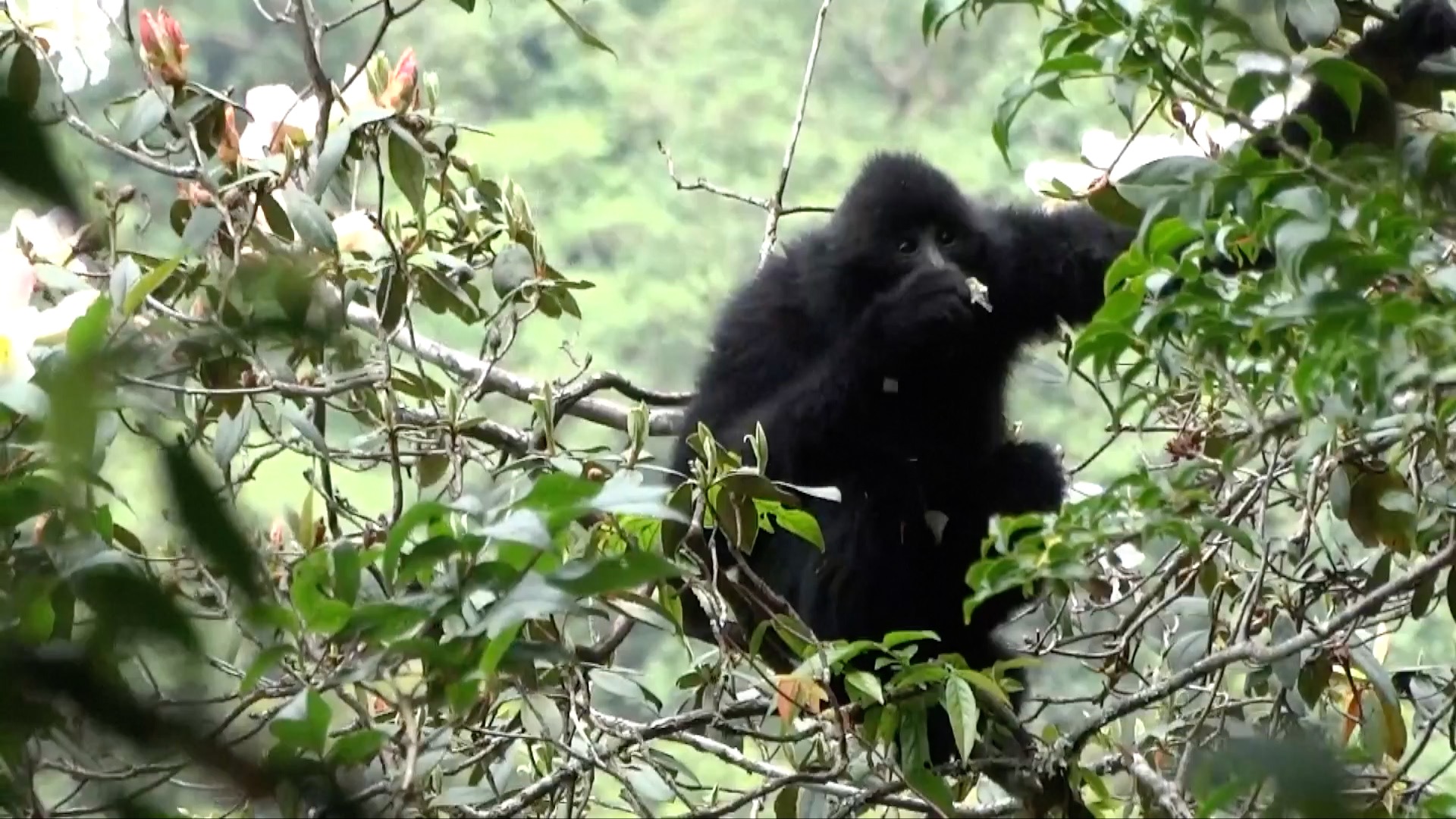 At the beginning of this year, the Hainan black-crested gibbon family welcomed a new member. After more than three months of monitoring and observation, the management authorities of the Hainan Tropical Rain Forest National Park have identified that the baby gibbon is in good condition.

So far, the number of the world's rarest primate has reached 36 in five groups, seeing consecutive growth for the past three years.

Lying in the southernmost part of China, Hainan is the only home to the Hainan gibbon. In August 2020, a Hainan gibbon named Ping Ping was born in Hainan. Later next year, two more respectively, named Yuan Hai and Yuan Nan were born. Staff members from the national park were happy to see the consecutive growth of the gibbons.

"We have 18 full-time surveillance members, with every three to four of them forming a group to monitor the population size, status, habits and behaviors of one particular group [of the Hainan gibbon population]," said Zhou Zhaoli, deputy leader of the Hainan Gibbon Monitoring Team of Bawangling Sub-Bureau of the Hainan Tropical Rain Forest National Park.

Covering an area of 4,269 square kilometers, the Hainan Tropical Rain Forest National Park is located in the central part of Hainan, and spans nine cities and counties in central Hainan Island.