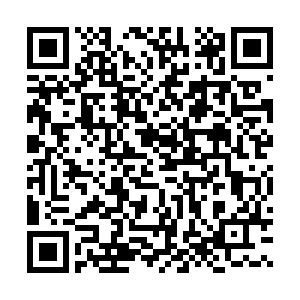 Service robots at temporary hospitals have become a force that's hard to ignore in Shanghai's fight against the latest COVID-19 resurgence.

Inside the temporary hospital at the Shanghai New International Expo Center, the first batch of 28 "disinfection robots" have been put into use. Each of them is equipped with three disinfection modules: an ultraviolet lamp, an ultra-dry fog generator and a plasma air purifier and they can work 24 hours a day.

In the meantime, a group of "5G indoor multifunctional cloud robots" can deliver over 20 boxed meals at a time and go to designated locations for patients to collect their food themselves. With the assistance of these robots, the manual distribution of meals, which originally took about 20 minutes, can be completed in just five minutes.

The service robots have helped to reduce the risk of cross-infection between patients and effectively guarantee the safety of medical staff, according to an on-site worker.

Robot are more than just interesting

Another temporary hospital inside the ICBC World Expo Exhibition and Convention Center in Shanghai's Pudong District hosts over 20 robots assigned to cover tasks ranging from food deliveries to patient inquiries.

"We have three types of robots here. First are robots to deliver goods in the temporary hospital. Then we have two human-shaped robots to guide and chat with patients and security robots to patrol the site," said Zhu Zhenghang, a delivery engineer of CloudMinds, a Chinese cloud-based robotics company. 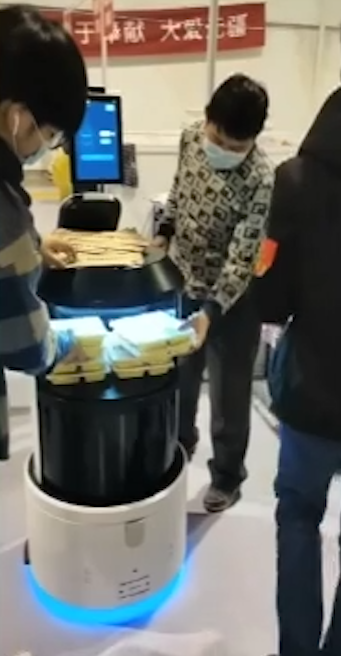 People in a temporary hospital pick up food from a delivery robot, Shanghai, China. /Picture obtained by CGTN

People in a temporary hospital pick up food from a delivery robot, Shanghai, China. /Picture obtained by CGTN

During the fight against COVID-19 in Wuhan in 2020, robots were put into operation at quarantine sites, but back then they were there mainly brought in to entertain patients.

Now in Shanghai, however, the use of robots aims to take some of the basic workload off the health care staff. This has become crucial as more manpower is required to address the city's worst outbreak yet due to the Omicron variant.

"There are some 20 sections in the hospital, and one nurse is in charge of four sections. Our delivery robots can help them deliver 28 boxes of meal each time," said Zhu.

Network behind the tech

The "dual gigabit" high bandwidth communications jointly achieved by local communication enterprises have enabled the service robots to operate smoothly without interfering with the work of medical staff.

A digital command center that combines technologies such as big data, artificial intelligence and digital twining is also under development at the Lingang temporary hospital.

Multi-dimensional data collected by 5G robots can be processed, transmitted and finally presented on the integrated command screen in real time, thus helping managers to make efficient decisions and realizing efficient management, according to China Unicom's Shanghai office, the developer. 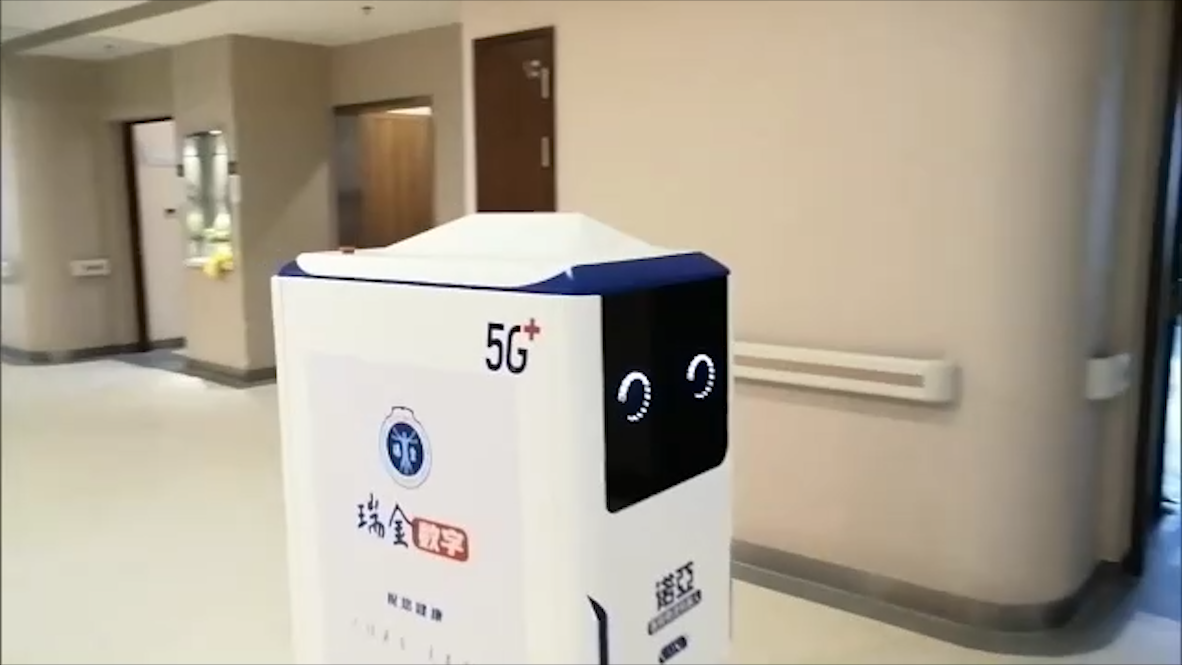 A 5G logo can been seen on a robot working in a hospital in Shanghai, China. /CGTN

A 5G logo can been seen on a robot working in a hospital in Shanghai, China. /CGTN

Equipped with radar and tachograph systems, the unmanned delivery vehicles in the hospital can automatically plan its route and carry out supply distribution and rubbish disposal with commands given by the medical staff.

"It recognizes the surrounding environment through its own environment perception and achieves autonomous driving through its own computation. It does not rely on GPS positioning," said Zhou Jiabao, operation engineer with the vehicle's developer, Changsha Xingshen Intelligent Technology.

In addition to contactless delivery, the vehicle can carry a maximum load of 400 kilograms and operate free from climate and environmental interruptions. They have been used in assisting with epidemic prevention and control work in other cities before.