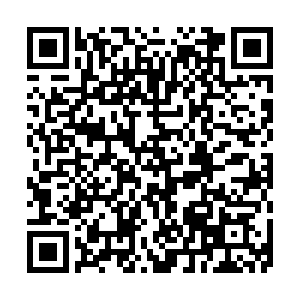 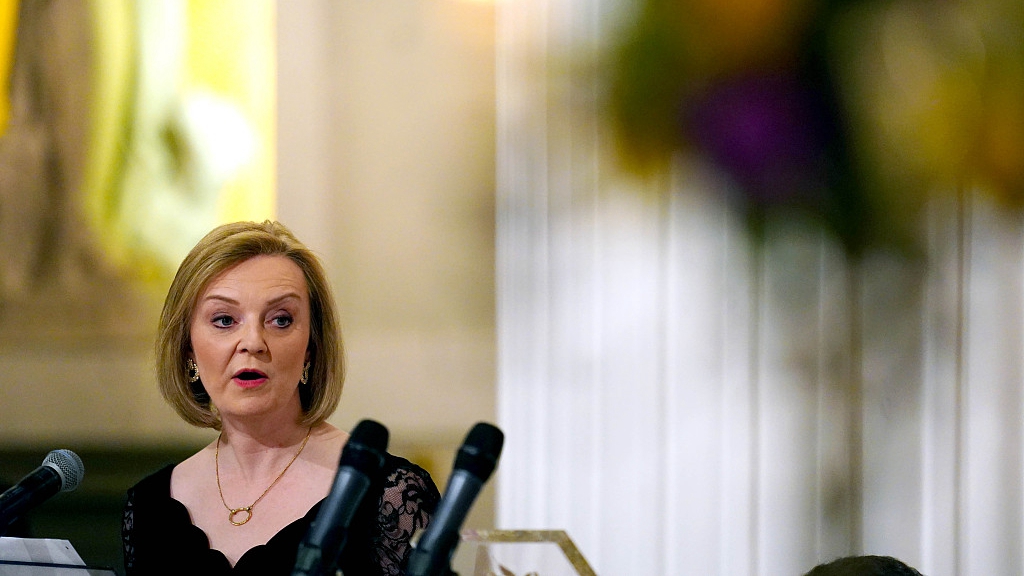 Foreign Secretary Liz Truss speaking at the Easter Banquet at Mansion House in the city of London, Britain, April 27, 2022. /CFP

Foreign Secretary Liz Truss speaking at the Easter Banquet at Mansion House in the city of London, Britain, April 27, 2022. /CFP

On the evening of April 27, British Foreign Secretary Liz Truss delivered a highly publicized address in London, which was widely perceived as provocative towards both Russia and China. Concerning the war in Ukraine, Truss described the conflict as "our war" and called for Russian forces to be driven out from every part of the country, but then proceeded into antagonistic comments towards Beijing stating that China's rise is "not inevitable" that it must "play by our rules" and calling for the North Atlantic Treaty Organization (NATO) to involve itself in China's Taiwan region.

Whilst Truss has always been overbearingly chauvinistic, the remarks were excessive even for her, although they must also be assessed in light of the growing domestic unpopularity of the Boris Johnson government due to its frequent political scandals, as well as an increasingly poor economic performance. However, the direction Truss is aiming to take British foreign policy in is also undesirable, and poses enormous risks for their national interests.

The landscape of post-Brexit Britain

Post-Brexit Britain faces a litany of challenges. Already heavily damaged by COVID-19, British supply chains have been severely impacted by the disruption of Brexiting from the EU, which has led to burgeoning inflation, coupled with soaring energy prices aggravated by the war and shrinking standards of living.

With no economic benefactors from the withdrawal, the Boris Johnson government has been left with blustering nationalist rhetoric as its only means of winning popular support, marking the romanticism of British imperialism under the label of "Global Britain" and promising unrealistic prospects of free trade with countries, which play to this nostalgia, such as the countries of the Anglosphere and India.

This dilemma, coupled with a rapidly changing geopolitical context, has left the British State unable to calibrate its national interests in a sensible, straightforward or rational manner. Not only has the UK shunned Europe, but it has inevitably folded to growing U.S. pressure to shun closer ties with Beijing, a country which Boris Johnson frequently identified as one of the most critical post-Brexit trading partners prior to 2020. 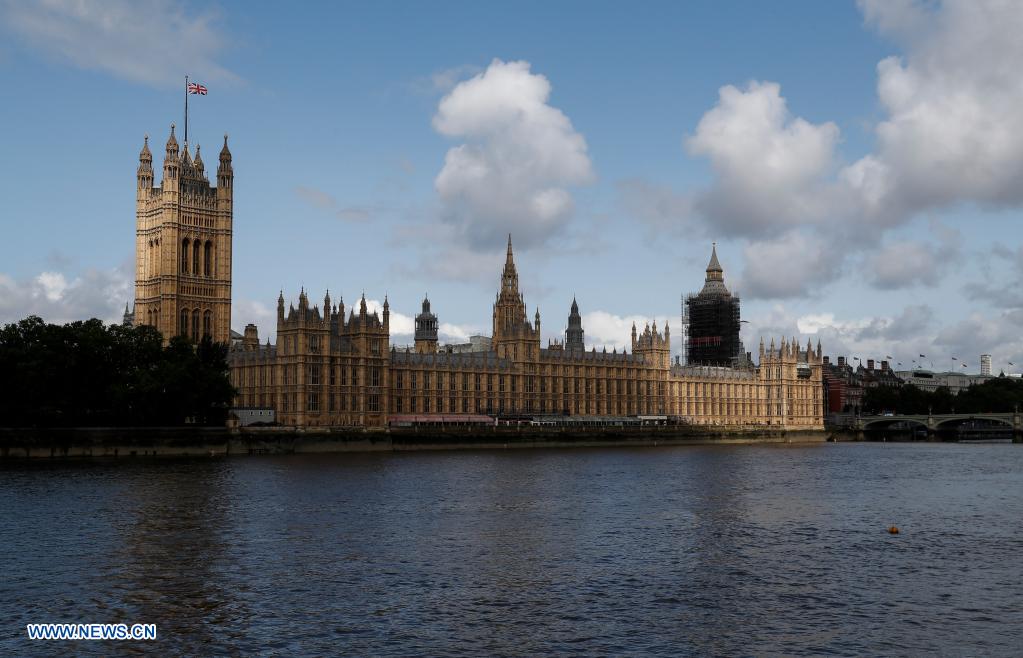 The Houses of Parliament is pictured in London, Britain, August 9, 2021. /Xinhua

The Houses of Parliament is pictured in London, Britain, August 9, 2021. /Xinhua

Whilst the Prime Minister still individually favors China, he is increasingly challenged by figures such as Liz Truss who have shaped the national chauvinism of his government into an aggressively neoconservative policy outlook advocating a global struggle of "democracy vs. authoritarianism." This has produced a back-and-forth power struggle in the British government over China.

Nonetheless, Russia's war in Ukraine has effectively placed Truss on the ascendency, leading to attempts by her to try and push the needle further in dismantling Britain's ties with Beijing. Truss' comments constitute the most aggressive remarks a British Foreign Secretary have ever made concerning Beijing, being the first to challenge China's rise and call for military confrontation over the Taiwan region.

Despite this, it remains clear that the results of such a policy pathway would be disastrous for the United Kingdom on multiple levels, illustrating a foreign policy, which is riding on the pure nostalgia of "Britannia rules the waves" and is void of any kind of strategy or realism about its current place in the world.

The idea espoused by Truss that "China needs us more than we need them" is empirically false, with the two countries being interdependent across the board. In 2021, British government data reported that bilateral trade in goods and services between the two countries constituted 94.5 billion pounds ($118 billion) with China being Britain's third largest trading partner overall. This dependency has in fact only increased due to Brexit.

In the year of 2020, foreign direct investment into Britain from China constituted 3.4 billion pounds ($4.26 billion). The British Council also found that, from 2007 to 2017, there were 98,000 Chinese international students studying at British universities, who contribute £2.55 billion per annum to the British economy.

Given this, Truss' call for a "network of liberty" and her vision for countries only to have close economic ties premised on the same ideology is mere fantasy talk, with the United Kingdom standing to lose horribly from this attitude towards the world. Britain must steer away from this dangerous and divisive cold war rhetoric and seek to maintain a relationship with China premised on openness, engagement, mutual self-interest and pragmatism.

Both countries have built a modern, multi-faceted, dynamic and prosperous relationship. With Britain's economy already in a poor situation, it urgently needs to stop premising a foreign policy based on imperial nostalgia and civilizational struggle, seeking trade relationships with countries based on identity, as opposed to economic common sense, and to see the world for how it is now than how it was a century ago.