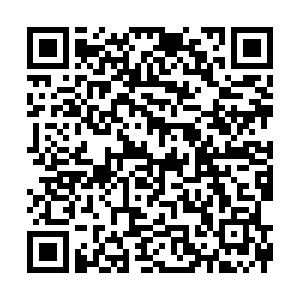 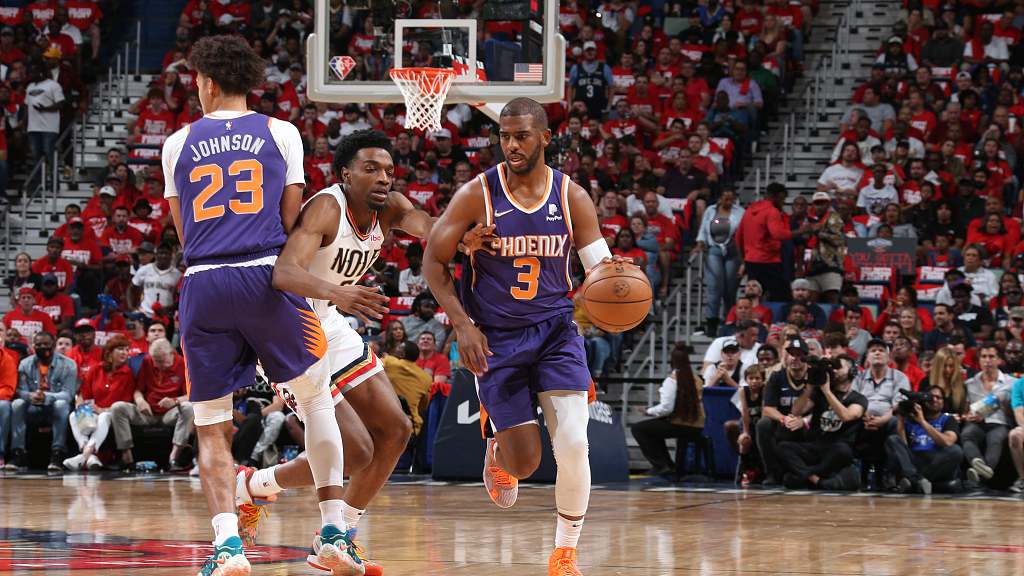 Players of the Phoenix Suns and the New Orleans Pelicans in action during an NBA playoff match in New Orleans, U.S., April 28, 2022. /CFP

Players of the Phoenix Suns and the New Orleans Pelicans in action during an NBA playoff match in New Orleans, U.S., April 28, 2022. /CFP

The Phoenix Suns edged the New Orleans Pelicans out of the NBA playoffs on Thursday, winning the best-of-seven first round series 4-2 with a 115-109 victory in Game 6.

Suns veteran Chris Paul proved he was still one of the best guards in the league at the age of 37, capitalizing on all his 14 shooting attempts to collect a total of 33 points.

Devin Booker contributed 12 points and five rebounds to the Suns after missing three games due to injury.

The Suns will face the Dallas Mavericks in the Western Conference semifinal, who outclassed the Utah Jazz 4-2 on Thursday as well.

The two teams leveled 94-94 with 2.5 minutes left when Doncic's pass found Jalen Brunson in the corner, and Brunson knocked down the three-pointer to give the Mavericks a three-point lead. The Jazz shooters, however, struggled in the final minutes to reverse the game.

In the Eastern Conference, the Philadelphia 76ers defeated the Toronto Raptors 132-97 to end the note on Game 6 as the Suns and the Mavericks did, setting up the semifinal with the Miami Heats, who outclassed the Atlanta Hawks in five games.