Download
China's manufacturing PMI edges down to 47.4 in April
CGTN 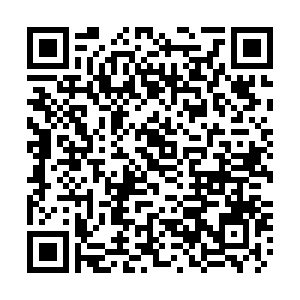 China's factory activity saw a decline in April, as the spread of COVID-19 led some enterprises to reduce or halt production, while the non-manufacturing sector also slowed in the same period, data from the National Bureau of Statistics (NBS) showed Saturday.

Zhao Qinghe, a senior NBS statistician, attributed the decline in manufacturing PMI to two aspects: the drop in the supply and demand and high costs of raw materials, against the backdrop of the COVID-19 resurgence. 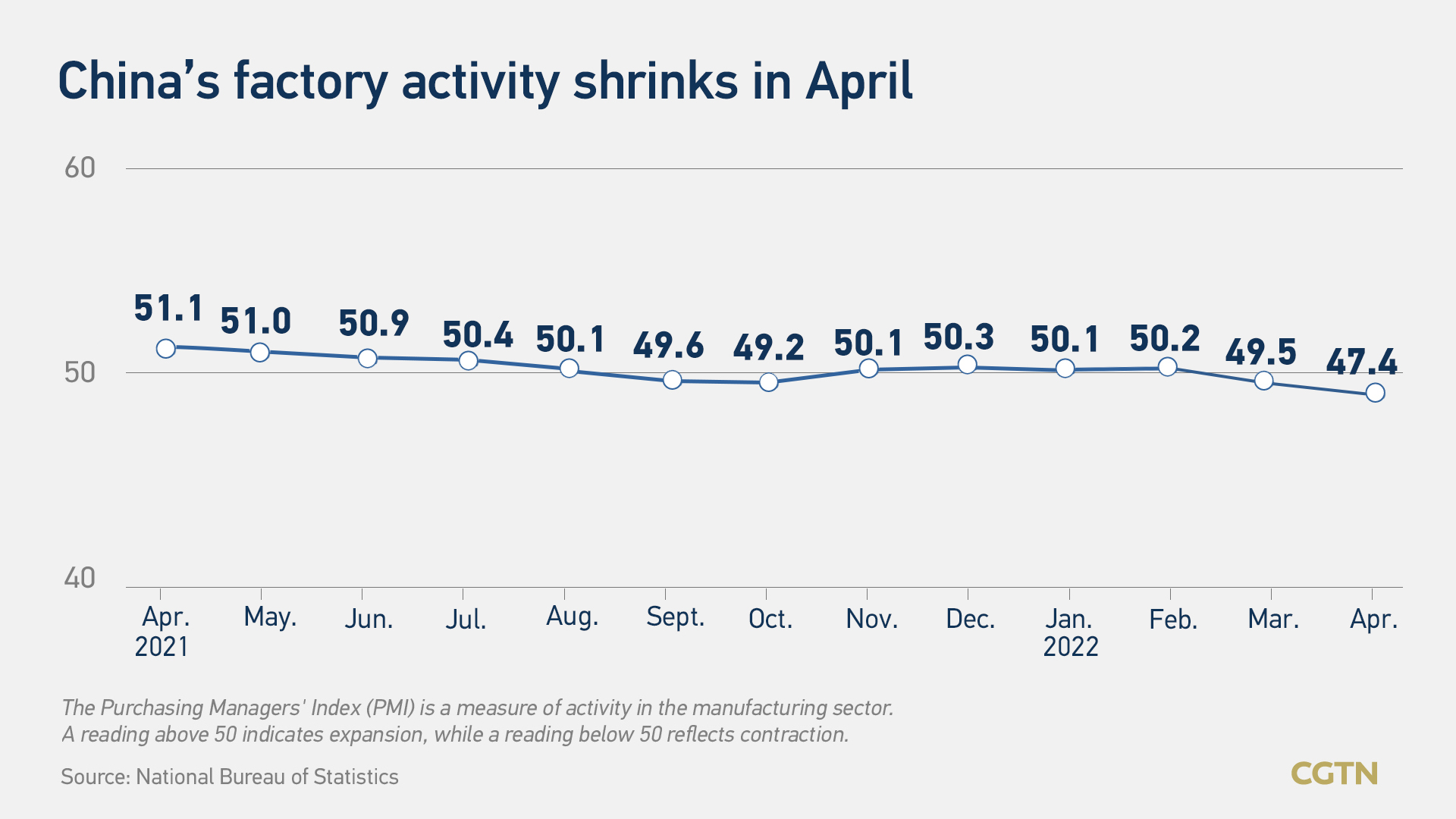 The production of enterprises dropped significantly and the market demand continued to decline – as showed by the production index and the new order index, which came in at 44.4 percent and 42.6 percent respectively, decreasing by 5.1 and 6.2 percentage points from the previous month, according to the NBS.

Many companies reported they have faced increasing difficulties in logistics and transportation, the supply of main raw materials and key components, sales of finished products and inventory shortages, Zhao said.

The purchase price index and ex-factory price index of major raw materials were 64.2 percent and 54.4 percent, respectively. Although they were 1.9 and 2.3 percentage points respectively lower than the previous month, they continued to be at a relatively high level.

Zhao said this weighed on costs of mid and downstream enterprises.

However, although the prosperity level of the manufacturing industry continued to decline, there were still some industries that were operating generally stable, Zhao said.

Among them were agricultural and sideline food processing, food and beverages, refined tea, non-metallic mineral products, railway, ship, and aerospace equipment, he added.

Regarding non-manufacturing PMI, affected by the pandemic, the business activity index of the service industry was down to 40.0, 6.7 percentage points lower than the previous month.

From the perspective of the industry, 19 of the 21 industries surveyed are in the contraction range. Among them, air transportation, accommodation, catering, ecological protection and public facility management were still in the lower contraction range, according to Zhao.

Despite the contraction in many industries, Zhao voiced positiveness to the outlook, saying that with the effective control of the epidemic and the emergence of policy effects, corporate expectations are regarded to gradually improve.