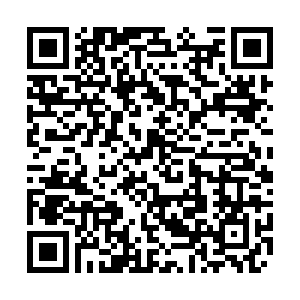 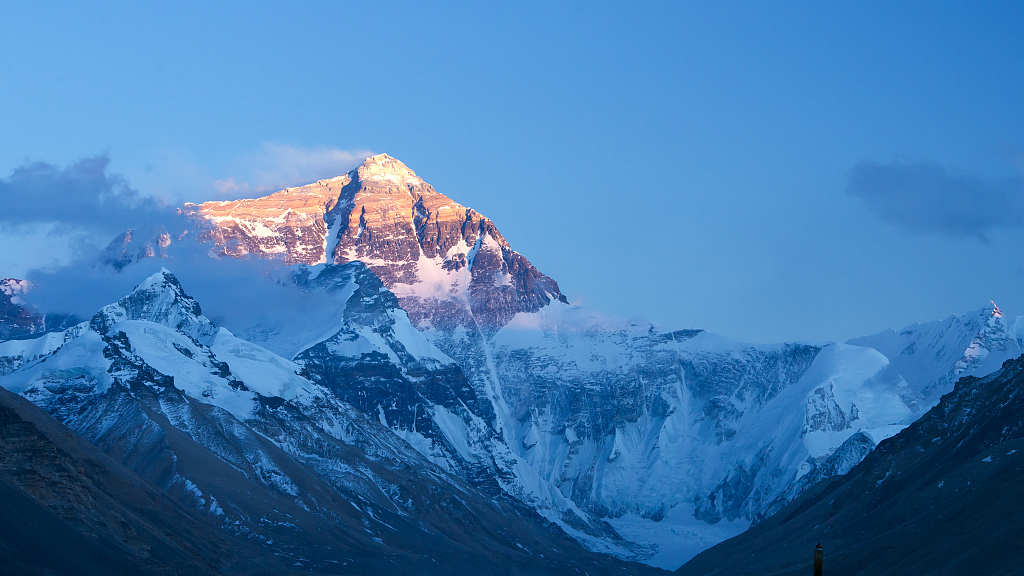 The crucial Rongbuk Glacier at the foot of Mount Qomolangma (known as Mount Everest to Westerners) is in a stable state despite the shrinking of its size over recent years, according to a researcher from a scientific expedition team on the world's highest peak.

The Qinghai-Tibet Plateau, also known as the "Water Tower of Asia," is the origin of more than 10 major rivers in Asia. Glaciers, snow cover, permafrost, lakes and rivers are its basic components.The Rongbuk Glacier, at an altitude of 5,300-6,300 meters, is located at the foot of Mount Qomolangma in southwest China's Tibet Autonomous Region.

A Chinese expedition team conducting scientific research at the site is using 3D laser scanners and drones to monitor the surface morphology of the glacier.

"The recession, advance and change of glaciers are mainly caused by thinning or increasing of their thickness. So, these two types of equipment (3D scanners and drones) can complement each other in monitoring the movement of glaciers. We'll know how much the glaciers [have] changed when we compare the data with their early records," said Kang Shichang, a researcher with the Northwest Institute of Eco-environment and Resources (NIEER) under the Chinese Academy of Sciences. 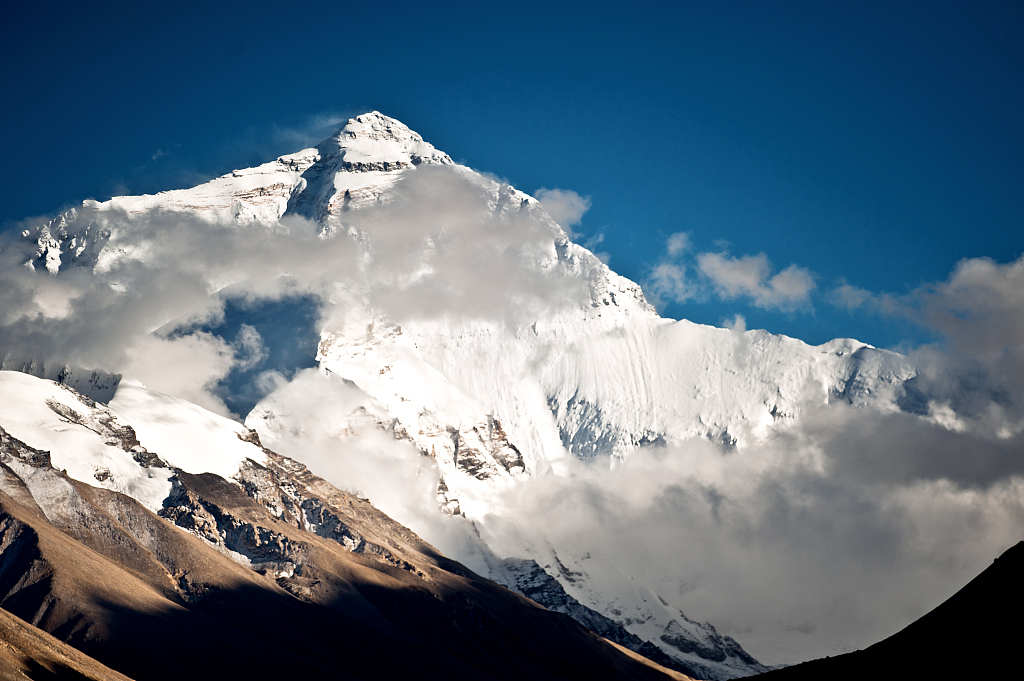 As the largest and most famous glacier on Mount Qomolangma, which is the movement center for continental glaciers in China, the Rongbuk Glacier is more than 25 kilometers long and composed of two large tributary glaciers — the East Rongbuk glacier and the West Rongbuk glacier.

"We've done statistics indicating that the total number of glaciers is 87 in the Rongbuk River basin on the north slope of Mount Qomolangma. But this number is very interesting. Compared with the existence of 68 glaciers 20 years ago, the number has increased, but the actual situation is that the glacial area is shrinking. The causes of the increasing number of glaciers is the melting of a large glacier into several small ones, so the number has increased. We've also seen the disappearance of a small glacier. The glacier area of the Rongbuk river basin measures 115 square kilometers in size, 20 percent less than that in the 1970s," Kang said.

The expedition team has also conducted aerial photography for the East Rongbuk Glacier and seracs, which are high peaks of ice at and near the glacier's face.

The formation of seracs is the result of glacier movement. Affected by terrain, sunlight, wind and water, some of them are several meters high, and some are as high as 10 meters.

China has started a new comprehensive scientific expedition on Mount Qomolangma, the world's highest peak, on the China-Nepal border. The expedition is part of China's second scientific research survey on the Qinghai-Tibet Plateau that started in 2017.