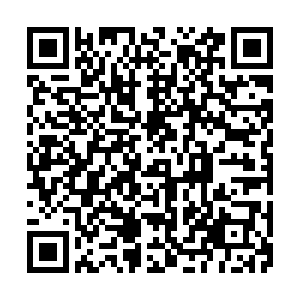 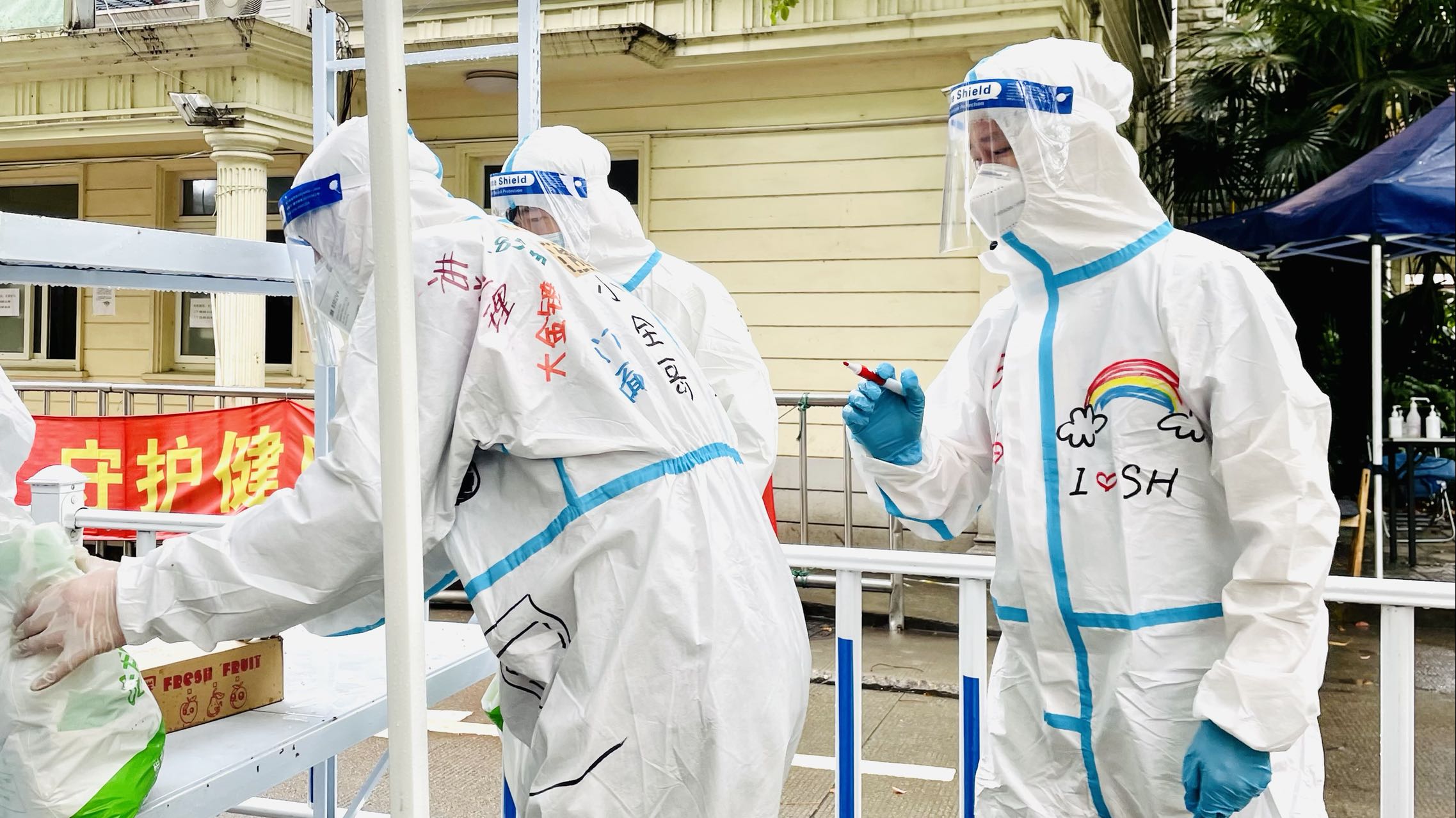 Thirty-seven-year-old Wen Xiaodong never expected himself to be a group-buying organizer.

"I have no experience in this field," said Wen. "My occupation has nothing to do with community management."

The residential compound he lives in is home to over 2,000 people and has been put into close-off management since late March after the resurgence of COVID-19.

Many residents were not able to stock up on supplies, as stores began suspending operations. Some still failed to make an order on different food delivery apps even if they set the alarm to get up at five in the morning.

That's when Wen decided to start organizing the bulk-purchases as he managed to contact an e-commerce wholesale platform.

"It was quite challenging when I first started to do this. For example, the first time we received the supplies, I got totally lost in sorting and distributing. It took me five hours to finish distributing all the packages," Wen said.

Like most group-buying organizers amid Shanghai's outbreak, Wen is not a full-time coordinator.

He has been working from home since quarantine began.

"I need to work on group-buying during the day, then go back to my own job at night. Thankfully, I have my wife as an assistant. But that's still not enough, so we called for more volunteers. I spend a lot of time contacting logistics operators, as they're a key part of the whole process."

Shanghai can be quite rainy in April, but that hasn't stopped Wen and other volunteers from offloading goods in the downpour.

"We mainly bought chicken, beef, tissue, rubbing alcohol, and milk – 100 packs of each item. This is the ninth batch of goods we've received via group-buying since we started on April 1," Wen said.

Now, Wen is more familiar with the whole process – from collecting orders to distributing the packs.

"Wen is a really good coordinator. Some seniors may not be too familiar with group-buying and they might end up placing some wrong orders. But he will help check every single item to make sure everyone gets what they bought. I can see how much effort he puts into this," said a resident when receiving the supplies.

Wen said although the pandemic remains a crisis, he still cherishes the experience.

"I've been living in this community for about six years but have rarely had a chance to meet my neighbors," Wen said. "To be honest, I could name less than 10 of my neighbors before the outbreak. This time, I've made a lot of good friends. Apart from group-buying tasks, we also talk about travels, cooking and wines."

Wen's wife, Jiang Hanmin, who Wen thinks is the best partner both in life and in the group-buying stuff, echoed his feelings.

"If the pandemic would leave us any treasure, I think it should be the friendship and kindness of our neighbors, and all the young people who never hesitate to devote themselves to helping those in need," said Jiang.

The couple aim to continue their volunteer work even after the outbreak, especially for the city's vulnerable groups.

The community group-buying has become one of the main sources for residents in Shanghai to get food and daily necessities alongside the government's supplies since the megacity took stringent control measures to fight against the Omicron variant in late March.