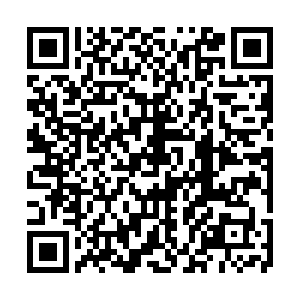 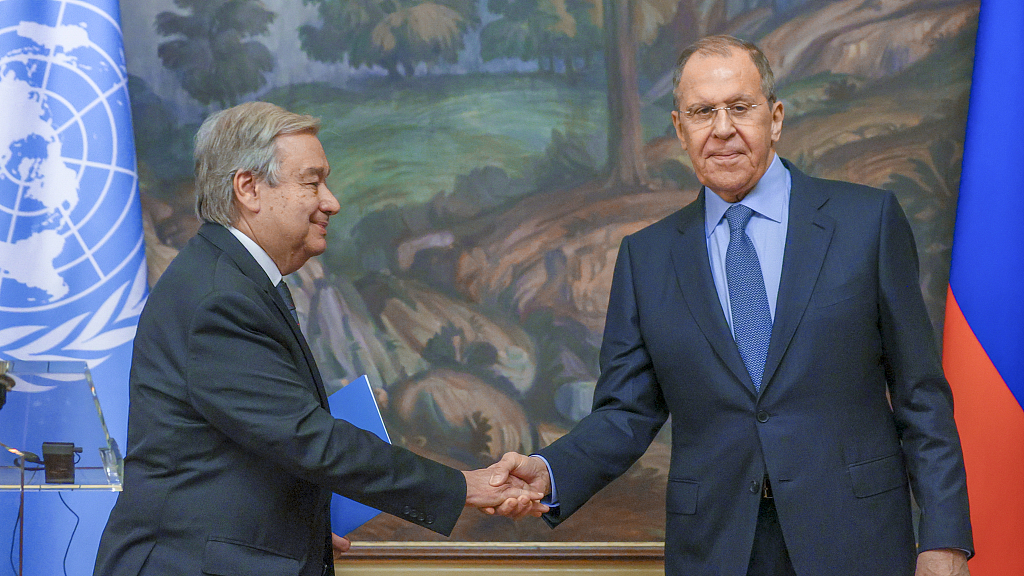 Editor's note: Danil Bochkov is an expert with the Russian International Affairs Council, a Moscow-based think tank. The article reflects the author's opinions and not necessarily the views of CGTN.

UN Secretary-General Antonio Guterres met Russian President Vladimir Putin and Foreign Minister Sergei Lavrov on April 26 in an attempt to broker a peace negotiation between Russia and Ukraine, whose conflict is now in its third month. After the talks in the Russian capital, Guterres headed for Ukraine to meet President Volodymyr Zelenskyy on April 28. This is the second high-ranking visit to broker peace following Israeli Prime Minister Naftali Bennett's trip to Moscow on March 5. Prior to the conflict, French President Emmanuel Macron also came to Russia to seek de-escalation of tensions between Russia and Ukraine in early February.

Guterres's visit seems to indicate that both the conflicting sides do not see any perspective for mutual understanding. The only positive outcome of the peace-seeking mission was the proposal to set up a regular trilateral humanitarian contact group to oversee safe corridors for civilian evacuations from Ukraine.

However, Putin and Guterres disagreed on the very nature of the conflict. While Guterres said he understands Russian security concerns, according to a UN statement, the Russian action is a violation of Ukraine's territorial integrity and goes against the UN Charter. 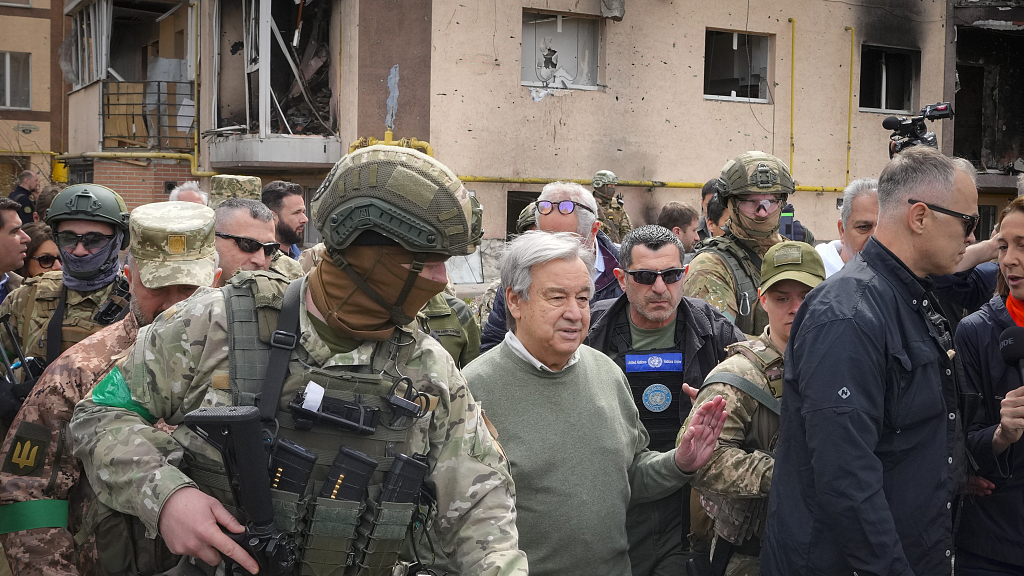 Kosovo declared its independence from Serbia in 2008 and since then, has been recognized as an independent sovereign state by the majority of UN member nations.

However, the parallel was rejected by Guterres.

The UN has been under international pressure because of its inaction in peace settlement initiatives. Two weeks before his trips to Russia and Ukraine, Guterres received a warning from more than 200 former senior UN officials that the world body would lose its credibility unless it took a more active part in peace negotiations. Guterres's visits came only after numerous proposals by many other world leaders to broker peace talks, including Turkish President Recep Tayyip Erdogan and Bennett.

The UN's actions have been limited since all the legally binding decisions are made only by the powerful Security Council, which is ruled by five permanent member states with each possessing a veto right. And Russia is among them.

Moscow has routinely exercised its veto right over Ukraine-related resolutions since the conflict began and has sponsored its own proposals. On March 23, for example, it drafted a proposal for aid access and civilian protection in Ukraine but China was the only other nation to vote in favor. The other 13 members dismissed the call, a move decried by the Russian representative to the UN as done only "for political reasons."

Russia's regular use of its veto right led to other UN member states adopting a resolution via the General Assembly on April 26. The new resolution allows them to scrutinize every use of a Security Council veto power. However, it does not seem to have any practical meaning since the General Assembly's decisions lack any binding authority. The move seems more aimed at "putting Russia on the spot." But it could have an opposite outcome. Instead of making Russia feel the heat, it could irritate it even more, causing further rift within the organization.

Though during their meeting both Putin and Guterres agreed on the prime role of the UN as a global arbiter, its current low-profile approach mirrors all the frictions and cracks in today's global political landscape, leaving not much hope for a fast reconciliation between Russia and Ukraine.