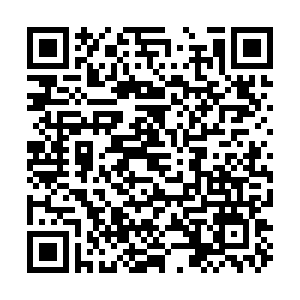 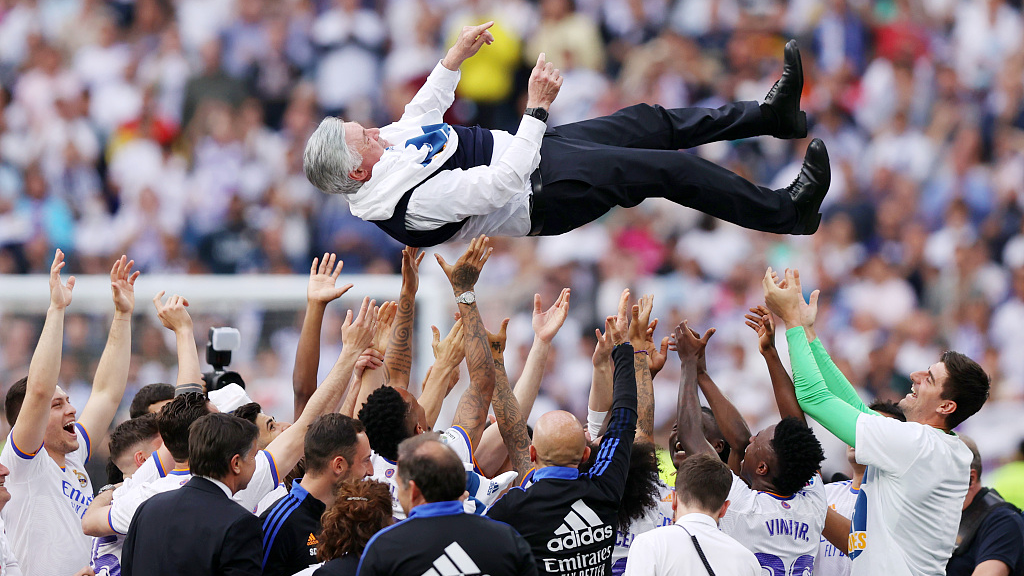 Carlo Ancelotti is hoisted by Real Madrid players following their victory in the La Liga match against Espanyol in Madrid, Spain, April 30, 2022. /CFP

Carlo Ancelotti is hoisted by Real Madrid players following their victory in the La Liga match against Espanyol in Madrid, Spain, April 30, 2022. /CFP

Before taking over from Real Madrid great Zinedine Zidane last June, Ancelotti could already boast of winning the Italian Serie A with AC Milan in 2004, the English Premier League with Chelsea in 2010, the French Ligue 1 with Paris St-Germain in 2013, and the German Bundesliga with Bayern Munich in 2017.

At Real, the 62-year-old Italian has nurtured players of a wide age range, despite some being considered past their golden age, such as Luka Modric, 36, and Karim Benzema, 34. Benzema contributed the last goal to Saturday's victory and is currently the league's top scorer with one month of the 2021-22 season remaining. Ancelotti also boosted the confidence of 21-year-old Vinicius Jr, who is now the second highest goal-scorer in La Liga with 14 goals under his belt.

Ancelotti still has another title to pursue this season, as Real head into a Champions League semifinal second-leg match against Manchester City next Wednesday, aspiring to overturn a 4-3 deficit to make the 17th appearance in the event's final and hopefully, achieve a La Liga-Champions League double this season.