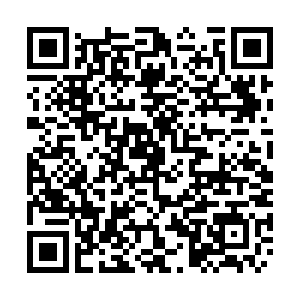 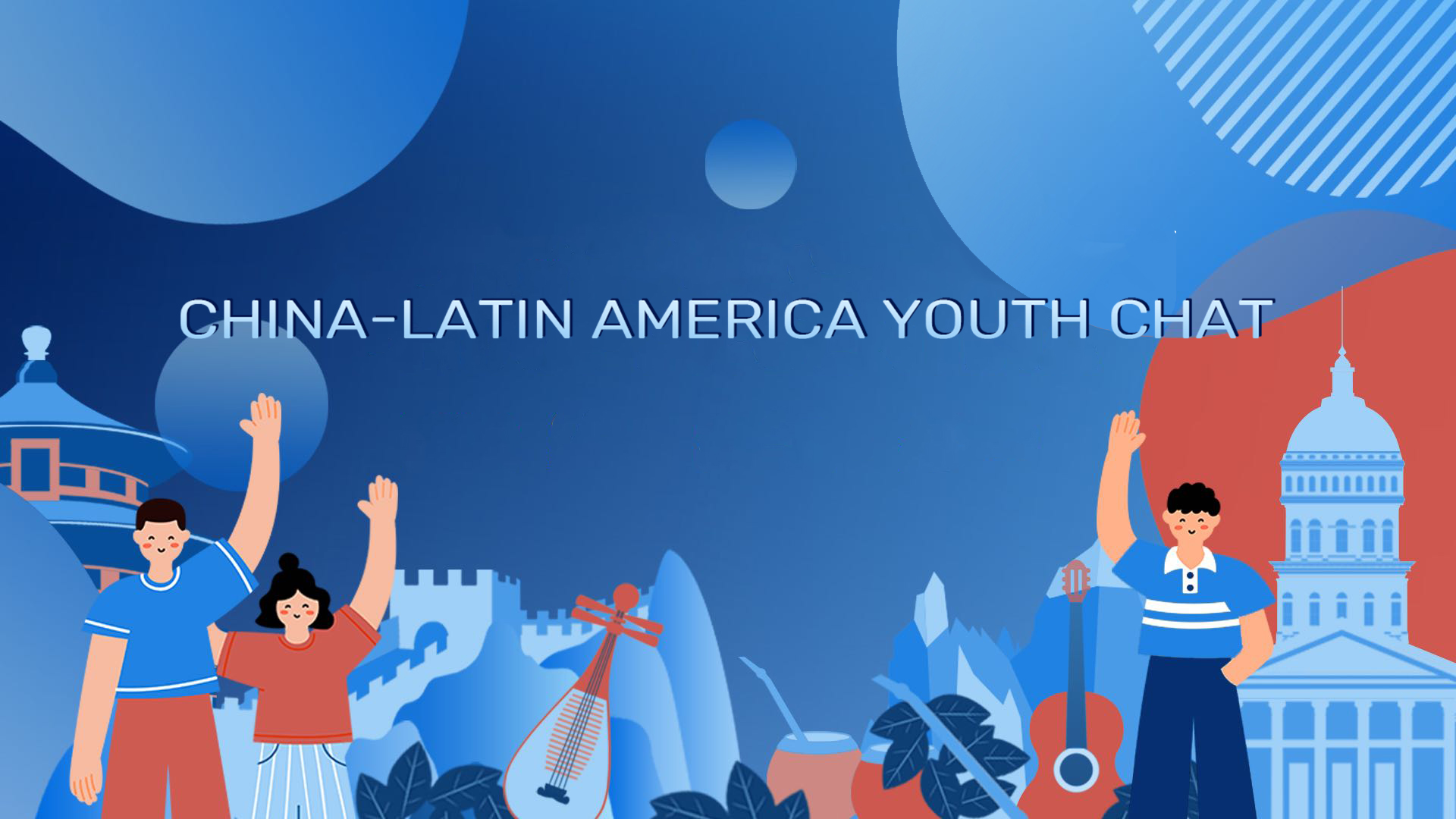 Ahead of China's Youth Day on May 4, CGTN joined hands with multiple Latin American and Caribbean media outlets to launch a special virtual program titled "CGTN China-Latin America Youth Chat." It invited university students from both sides to share their sentiments about China-Latin America friendship and offer suggestions on future global development.

The first broadcast took place on May 4 on the platforms of both CGTN and Argentina Public Television, and the other four forums will be broadcast successively in May and June.

The program served as a conducive platform for the Chinese and Latin American youth to break cultural barriers and promote mutual understanding, distinguished politicians and guests said via video at the program's opening ceremony.

This year marks the 50th anniversary of the establishment of diplomatic relations between China and Argentina. The president of the South American country, Alberto Fernandez, who is also a visiting professor at the University of Buenos Aires, said the program weaved alliances that could facilitate the exchange of experiences and serve the youth in the future.

The launch of the program also coincided with the 50th anniversary of the establishment of diplomatic relations between China and the English-speaking Caribbean countries, of which Guyana was the first to establish diplomatic ties. The country's president, Irfaan Ali, said the anniversary is an opportunity to celebrate the cultural heritage, learn and build on the successes of cooperation and strengthen relations for the benefit of future generations, especially the youth.

This year, China and Costa Rica mark 15 years of diplomatic relations. Minister of Culture and Youth Sylvie Durán Salvatierra said programs like "CGTN China-Latin America Youth Chat" strengthened relations that the two countries have cultivated over the years. In his speech, he also shared details of the cultural activities sponsored by the two countries, such as the contest on culture and tourism, virtual ballet shows, online concerts, or the week of Chinese cinema, among others, affirming that joint projects will allow the peoples to know each other better.

Elías Castillo, executive secretary of the Latin American and Caribbean Parliament, in a message urged the youth to prepare themselves academically and in all areas that will strengthen the society.

Cora Cecilia Pinedo Alonso, president of the Asia-Pacific-Africa Foreign Relations Commission of the Mexican Senate, said the commemoration of the 50th anniversary of diplomatic relations between China and Mexico allows both countries to open a new chapter in the history of their bilateral ties. She expressed her confidence that this juncture will motivate them to deepen their knowledge of the relationship between Mexico and China, as well as with Latin America, and expressed her wish that the younger generation will work together, achieve more successes and provide the necessary incentives for both nations to continue to be references and strengthen their role in the world.

Barbados' Ambassador to China Hallam Henry, who graduated from Tsinghua University, said the bilateral relationship between Barbados and China has been largely beneficial to many young people. Through the Confucius Institute, several Barbadians have been exposed to various elements of Chinese language and culture. This has taken place at the primary, secondary and university levels, with students now taking Chinese language courses at the University of the West Indies. 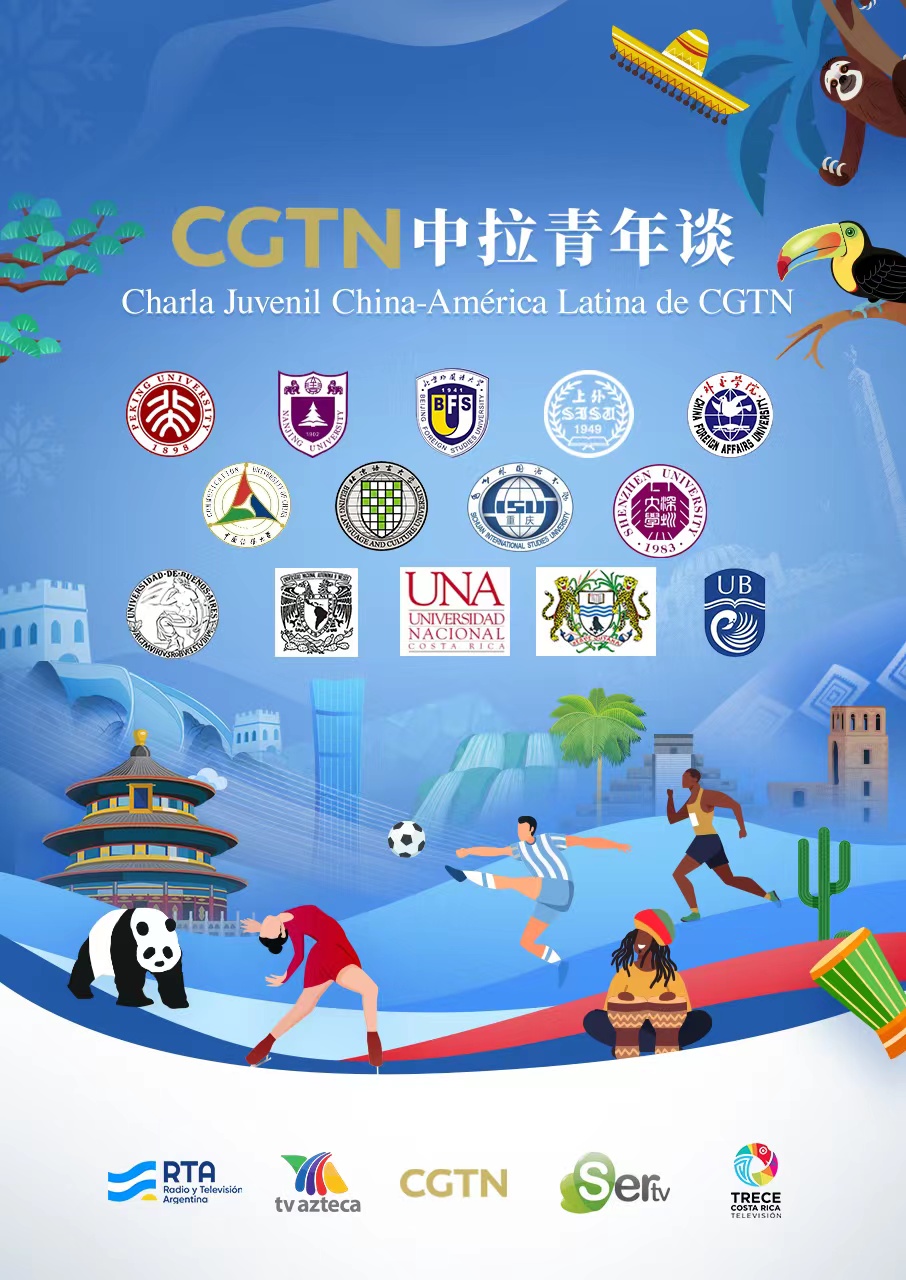 As the peoples of the Commonwealth of The Bahamas and the People's Republic of China prepare to celebrate 25 years of diplomatic relations, Jamaal Rolle, as the nation's first ambassador-at-large for cultural affairs, extended sincere greetings to the friends of China, and expressed his pride and joy in the achievements and contributions that the creative people of both countries have made to the development and sustainability of Sino-Bahamian relations.

Fu Zhenbang, vice president of the All-China Youth Federation, said in his speech that the shared aspirations for independence, self-determination, development and revitalization have made the Chinese dream and the Latin American dream closely connected. Young people from both sides are companions on the same journey toward peaceful development, and share the common ideals and missions of our era, which are to work for the prosperity of the country, the freedom of the nation and the happiness of the people, he added.

Qiu Xiaoqi, special representative of the Chinese government for Latin American affairs, said despite the immense geographical distance separating China and Latin America and the Caribbean, the common status as developing countries and the common dream of self-determination, development and revitalization have kept them closely united. Crossing more than 60 years of vicissitudes, relations between the two sides have entered a new era characterized by equality, mutual benefit, innovation, openness and people's welfare. The younger generations living in the new era are increasingly immersed in friendly exchange between China and Latin America and the Caribbean and will be a new and powerful force driving the advancement of Sino-Latin American ties.