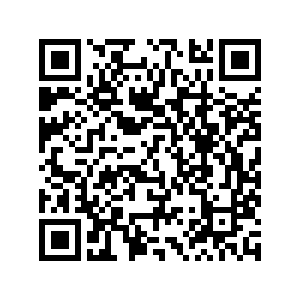 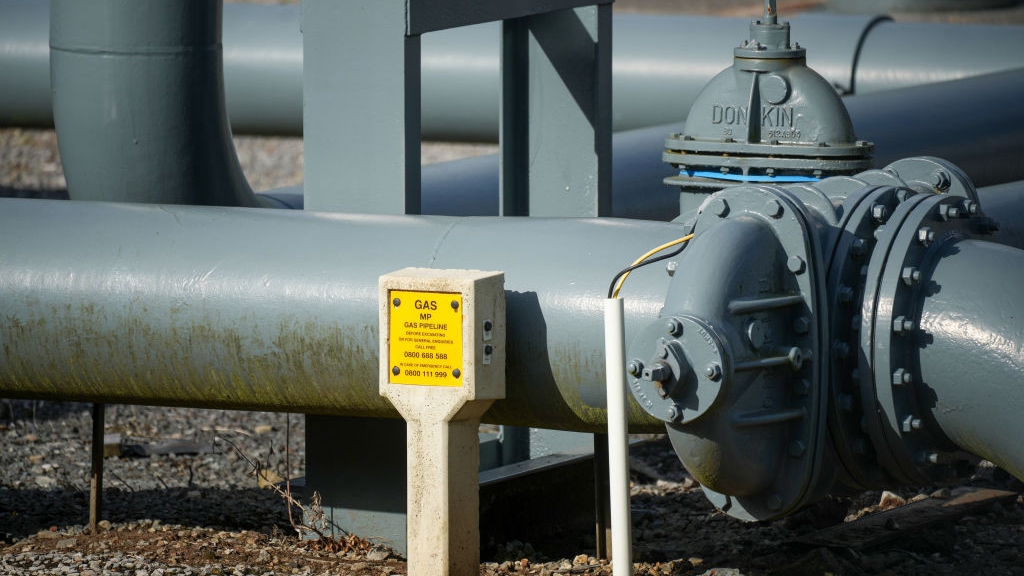 Editor's note: Karsten Neuhoff, a professor at the Technical University of Berlin, is head of the Climate Policy Department at the German Institute for Economic Research (DIW Berlin). Isabella M. Weber, assistant professor of economics at the University of Massachusetts Amherst, is the author of "How China Escaped Shock Therapy: The Market Reform Debate" (Routledge, 2021). The article reflects the authors' opinions, and not necessarily those of CGTN.

What would a stop on Russian gas imports mean for European economies? The question sharply divides economists. Everyone agrees that there would be negative consequences, but how bad? Predictions range from a mild recession to economic disaster and mass unemployment.

Yet for all the intellectual energy that has been expended estimating the magnitude of potential GDP contractions, much less has been said about how to prepare for gas shortages if Russia takes it upon itself to close the taps. It is analogous to forecasting the extent of damage a hurricane will cause, instead of actually preparing for the storm.

But now that Russia has suspended gas deliveries to Poland and Bulgaria, European policymakers and pundits have no choice. They must shift the focus from caviling over probable outcomes (which no one can predict with precision) to containing the actual consequences of potential gas shortages.

All of Europe's gas providers – not just European Union producers but also neighboring countries delivering gas by pipeline and exporters of global liquefied natural gas – are already operating at full capacity. Gas delivered mostly by pipeline from Russia constitutes 40 percent of EU supply. Should this supply be interrupted – as it well could be – EU gas consumption would have to be reduced significantly.

In principle, three mechanisms can facilitate this reduced consumption: high prices, government programs, and mandatory rationing. In our view, the price mechanism alone will not be sufficient to manage shortages. Gas prices are already at record levels in Europe, and gas saving is far from sufficient. Further price increases would exacerbate inflation and hit the poor the hardest. And because mandatory rationing should be a last resort, we think more attention should be paid to the third option: government initiatives.

In a recent policy brief for the German Institute for Economic Research, we call for an EU-level contingency plan to bring about gas savings. To head off looming populist challenges from the right, any such plan must command public support and be perceived as fair. Without broad stakeholder participation and EU-level solidarity, advantaged groups will fare much better than others, aggravating existing inequalities and sharpening divisions within and between European societies. A valve wheel on pipework at the Radeland 2 compressor station for the European Gas Pipeline Link, a downstream pipeline for Nord Stream operated by Gascade Gastransport GmbH, in Radeland, Germany, March 11, 2022. /CFP

A valve wheel on pipework at the Radeland 2 compressor station for the European Gas Pipeline Link, a downstream pipeline for Nord Stream operated by Gascade Gastransport GmbH, in Radeland, Germany, March 11, 2022. /CFP

Although the EU has some emergency directives for electricity supply and infrastructure, none is suited to manage the scale of potential shortages that would follow from a sudden, months-long suspension of Russian gas deliveries. Most existing mechanisms were designed for short-term interruptions caused by extreme weather or technological failures, and to protect residential consumers, thereby subjecting industrial users to mandatory rationing.

But if an interruption lasts for several months, shutting down the European economy's energy-intensive industrial sectors is not a viable option. It could have severe knock-on effects, including more stress on global supply chains, with potentially far-ranging implications for inflation and growth.

Gas savings on a sufficient scale to offset the shortages therefore would have to include significant contributions from all groups of gas users – residential consumers and services as well as industry. This would require clear targets and fair burden-sharing among EU member states, across households, and between residential and industrial users. But to be politically acceptable and ready for use, such targets must be negotiated pre-emptively.

Moreover, while there is still time, buildings with gas heating should be retrofitted with additional thermal insulation. This is a large-scale effort that will require an emergency investment plan. Additional savings can be realized from recalibrating heating systems, but some difficult behavioral responses also will be required. For example, for every 1° Celsius reduction of room temperatures, Europeans can reduce their gas usage for heating by approximately 10 percent, and further savings can be achieved by leaving unoccupied rooms unheated.

Asking people to save gas raises important questions of distribution and legitimacy. To win public support, governments will need to make a persuasive case for concerted action. Their plans must include fair ways of allocating the effort, support, and guidance for realizing savings, measures to ensure transparency, and – if necessary – mechanisms to enforce compliance.

The process will be easier and more effective if EU governments decide jointly on gas saving targets, with each member state committing its fair share. Should shortages occur without a contingency plan in place, disorderly burden-sharing is likely to harm the most vulnerable disproportionately.

Given the wide range of stakeholders involved, negotiations over emergency plans should occur immediately. Gas saving targets and measures will inevitably be the backbone of any EU response to an interruption. They will be more credible if they are agreed in parallel with contingency plans for rationing and additional solidarity measures. Economic policymaking must embrace the logic of disaster preparedness, paying special attention to issues of fairness, solidarity, and legitimacy.

A shift in focus from economic forecasting to disaster preparation could prove critical to Europe's ability to withstand the social, economic, and political costs of an interruption in gas supplies. The task for policymakers is to develop more than price-based responses to scarcity, to ensure that everyone contributes fairly, and to contain the damage as much as possible.