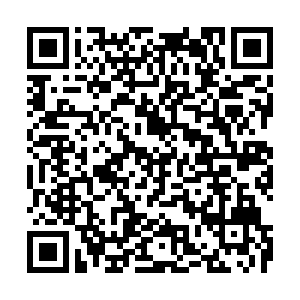 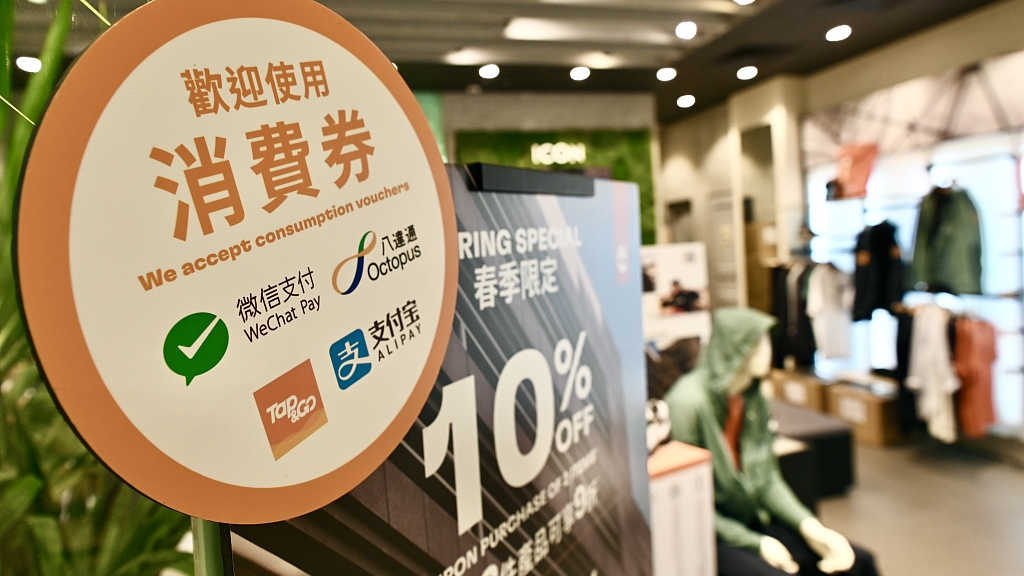 Editor's note: Shen Jianguang is the chief economist of JD.com. The article reflects the author's opinions and not necessarily the views of CGTN.

A new outbreak of COVID-19 has spread rapidly since March, impacting China's production, trade, logistics and express delivery while shrinking demand and consumption. How to quickly reverse the decline in consumption has become a core policy issue as the Chinese government deals with the latest round of economic downturn. Still, consumption voucher policies are rarely mentioned. In some ways, the extensive use of consumer vouchers at home and abroad has shown that such policies have a significant effect in reversing the decline of short-term consumption and should be considered by decision-makers.

The decline in household consumption caused by the coronavirus pandemic has become a major economic risk. Data from the National Bureau of Statistics showed that the growth rate of China's fixed asset investment and industrial added value in March was lower than in January and February. That's while the growth rate of total nominal retail sales of consumer goods dropped to negative 3.5 percent year on year in March, the lowest since May 2020. By sector, except for food, beverages and medicine, most categories fell simultaneously, and the growth rate of retail sales of gold and silver jewelry, clothing, household appliances, petroleum products, cosmetics, daily necessities and automobiles fell by more than 10 percent compared with that from January to February. In addition, catering revenue fell to negative 16.4 percent year-on-year, reflecting the huge impact on contact and aggregation consumption.

On one hand, it was affected by the COVID-19 epidemic. Since the new round of COVID-19 outbreak, measures such as city lockdowns and road closures have disrupted transportation and commodity distribution on a large scale. On the other hand, the employment pressure is increasing. Therefore, it is urgent to stabilize macro economy, reverse market expectations as soon as possible.

There are many successful cases of stimulating consumption policies in China and abroad, most of which employ consumption coupons as a core policy option. Overseas, the "food stamp" program has become routine policy in the United States. The period's first "food voucher" program began in May 1939. The program was implemented for four years, with a total of 20 million beneficiaries and a cost of $262 million. At its peak, the program benefitted 4 million people. Besides, in August 2020 just after the pandemic began, the British Treasury launched a one-month half price dining discount plan. The effort provided restaurant subsidies for residents with a ceiling of 10 pounds ($12.5) per person. The passenger flow in commercial streets and shopping malls increased sharply under the plan, providing a direct boost to the UK retail sector.

After the 2008 U.S. financial crisis, China launched a policy of "home appliances and cars to the countryside." The policy used fiscal funds as support and directly subsidized specific people and goods, essentially no different than issuing consumer vouchers. As a result, the growth rate of rural consumption in 2009 was faster than that of cities for the first time since 1987. The annual rural consumption exceeded 4 trillion yuan, a year-on-year increase of about 15.5 percent. Data from the Ministry of Commerce showed that the sales of household appliances in the countryside accounted for 10 percent of the retail sales in rural areas in 2011. During the implementation of the policy, each rural family purchased more than one home appliance on average.

In terms of specific operation, a certain amount of national consumption vouchers can be first issued with reference to the experience of Hong Kong. That's to drive the national consumption. Secondly, focus on targeted areas. Increase targeted support for people in need, consumers in rural areas and micro, small and medium-sized enterprises. Also focus on such sectors as catering and tourism while encouraging the trading-in of old cars and home appliances for new ones. Thirdly, strengthen digital technology empowerment and enterprise subsidies while supporting new entity enterprises to drive the development of small and medium-sized enterprises. Also optimize the policy design of consumption vouchers, and increase the multiplier effect.