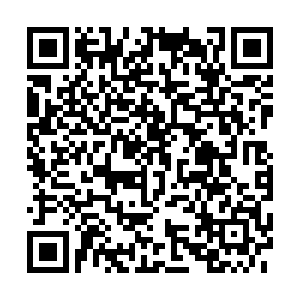 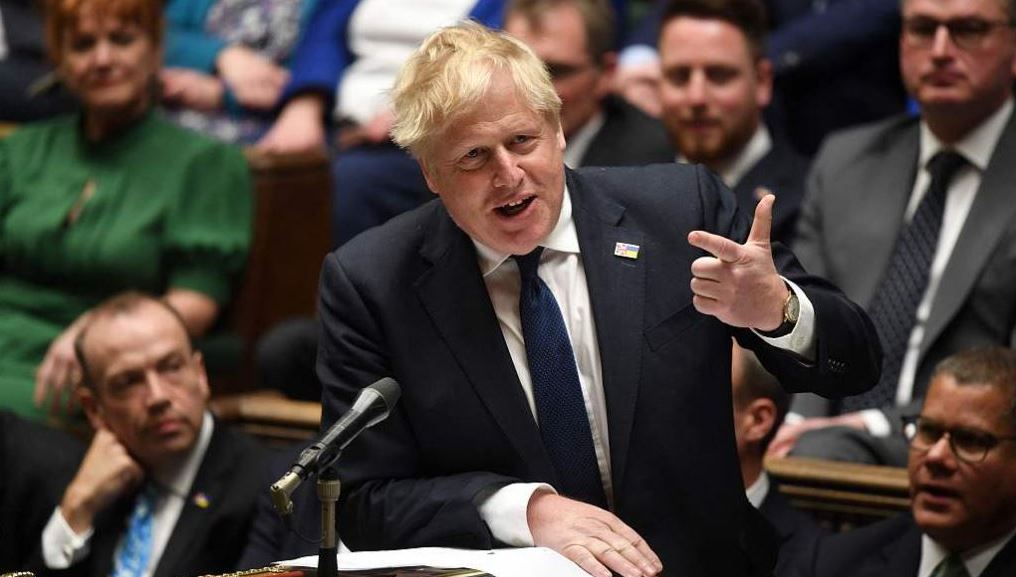 Editor's note: Thomas W. Pauken II is the author of the book "U.S. vs. China: From Trade Wars to Reciprocal Deal," and a consultant on Asia-Pacific affairs and geopolitical commentator.The article reflects the author's opinions and not necessarily those of CGTN.

British Prime Minister Boris Johnson has witnessed his public support among British voters wane in recent months. He's been implicated in the "partygate" scandal as photos leaked to the public showing him and his staff celebrating by boozing and dancing while his government had enforced strict lockdown measures on UK residents in 2020 and 2021.

Meanwhile, UK Chancellor of the Exchequer Rishi Sunak has been embroiled in a family saga of his own as documents and media reports having disclosed that his wife Akshata Murty has paid lower taxes on her home estate in London, with her proclaiming to hold a foreign passport – Indian and taking advantage of a foreign residency status. She also holds a 0.9 percent stake of Infosys, an Indian-based company founded by her father that continues to operate in the Russia, despite the economic sanctions imposed on Moscow by London.

Boris Johnson's leadership has been mired in scandal after scandal and instead of resigning in shame, the UK prime minister intends to forge ahead expecting a miracle to rescue him, and he sees the Russia-Ukraine conflict as the golden opportunity to reverse his fast fading political fortunes. Last month, he visited Kyiv and met with the Ukrainian President Volodymyr Zelenskyy and they walked together on the streets of the nation's capital city with bomb damage serving as convenient backdrops for their photo ops.

PM Johnson appears to be a political opportunist of the finest cloth and eager to exploit any chance to score points on the world stage. Accordingly, he is expected to deliver a video-linked speech to Ukraine's parliament, called Verkhovna Rada, on May 3, and it's the first address by a foreign leader to Kyiv's Parliament since Russian President Vladimir Putin authorized "a special military operation" in Ukraine on February 24.

Johnson has long cast himself as the politician who can appeal to ordinary voters with his flopped down hair style and zany sense of humor, and of course he's a jolly good drinker at the pubs. Nonetheless, his clownish antics have lost their charms with British voters paying closer attention to Johnson's character flaws and fearing his leadership could imperil the UK with darker days looming ahead.

Hence, Johnson intends to change form by transforming into the likes of the late great UK PM Winston Churchill, who led the Commonwealth as an iconic and heroic figure during World War II, as Churchill delivered inspiring speeches from Westminster to encourage the British to stay brave and to fight back against Hitler's Nazi regime.

According to excerpts, Johnson has told the Ukraine Parliament:

"When my country faced the threat of invasion during the Second World War, our parliament — like yours — continued to meet throughout the conflict, and the British people showed such unity and resolve that we remember our time of greatest peril as our finest hour."

"This is Ukraine's finest hour, an epic chapter in your national story that will be remembered for generations."

"Your children and grandchildren will say Ukrainians taught the world that the brute force of an aggressor counts for nothing against the moral force of a people determined to be free."

Well there's no denying the Ukrainians have acted courageous and are deserving of tremendous respect from the world's leaders. Nonetheless, sovereign governments and regional powers have to take a more realistic approach to the Russia-Ukraine conflict. We must ask ourselves: Will prolonging Putin's "special military operation" by the West delivering more weapons to Kyiv bring about more peaceful circumstances and serve the best interests of the Ukrainians in the long-term? 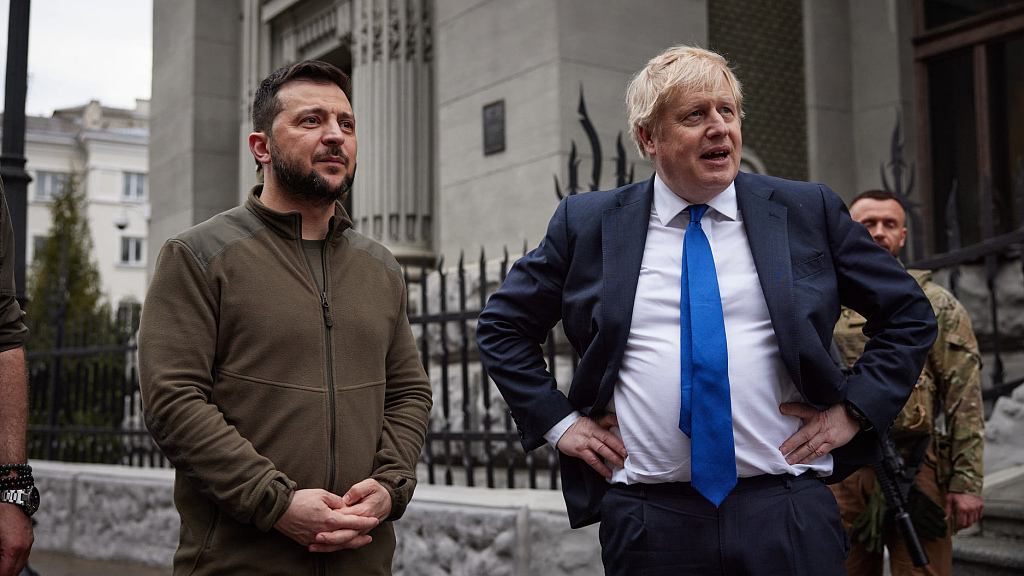 Johnson announced his government will deliver 300 million British pounds ($376 million) of weapons to Kyiv. The deliveries are expected to include: electronic warfare equipment, counter-battery radar, GPS jamming equipment and night vision devices. In prior contributions, London has deployed anti-tank missiles, air defense systems and tons of plastics explosives. But in this round of deliveries, the UK will also send Unmanned Aerial Vehicles UAV systems (drones) "to provide logistical support for isolated forces," according to media reports. The UK will deliver more than a dozen Toyota Landcruisers to protect Ukrainian officials.

The bravest announcement from London appears to be the promise by the UK to reopen its embassy in Kyiv. Nonetheless, the actions to send more weapons to Ukraine will not guarantee victory in the southern and eastern regions of the country. A prolonged conflict will inevitably result in more casualties and property damage on Ukraine's home-front.

Prolonged Russia-Ukraine conflict benefits no one

PM Johnson may find himself beloved by the Ukrainians this week but his actions and words will not save the world from the prospects of severe global food and energy shortages. London's pledges to deliver more weapons to Kyiv will embolden Ukrainians to fight harder although they have no guarantee of victory.

For a future shared by all of us, we have to listen to our minds and seek a practical end to the Russia-Ukraine conflict. The longer the sanctions against Moscow continue, the deeper the pain it will inflict on our global economy.

Johnson can believe that his strategy to send weapons to Ukraine will be a winning hand, but he's chasing after false hopes and aspirations. British voters have taken notice of rising costs of living at home and when inflation rates keep soaring higher, the voters stand very likely to sweep Johnson and the Conservative Party out of power in upcoming elections. Supporting Kyiv will not turn the tide of Johnson's fortunes for a better horizon.

Additionally, Boris Johnson is no Winston Churchill and he never will be. British voters know that above all others. His actions in support of Ukraine will not salvage his political career.