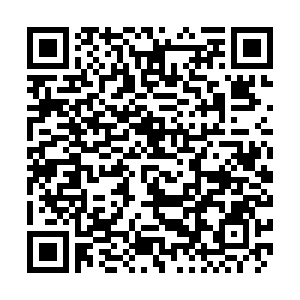 Two female civilians were killed in an air strike on the Azovstal steel plant in the besieged Ukrainian city of Mariupol, the national news agency of Ukraine, Ukrinform, reported on Tuesday, citing an on-site Ukrainian officer.

"Currently, the situation on Azovstal is very complicated, all night the plant was hit by artillery, naval artillery and aircraft. I have to report the sad news that two civilian women were killed in an air strike in one of the bunkers," Denis Schlega, commander of the 12th Brigade of Operational Assignment of the National Guard of Ukraine, was quoted as saying.

The Ukrainian officer also claimed that Russia tried to storm the steelworks on Tuesday morning.

Russia has not reported any casualties in Mariupol, but said on Tuesday that its army is targeting Ukrainian and Azov forces in firing positions with "artillery and aircraft" after accusing them of taking advantage of a ceasefire at the plant.

Meanwhile, a UN humanitarian official said on Tuesday he had managed to evacuate some 101 people from the Azovstal steelworks, saying most of the evacuees were in Zaporizhzhia, where they are receiving humanitarian aid.

"Thanks to the operation, 101 women, men, children and elderly people were finally able to leave the bunkers under the Azovstal steelworks and see the light of day after two months,” said Osnat Lubrani, humanitarian coordinator of the UN for Ukraine, in a press release sent to journalists.

The International Committee of the Red Cross, which was also involved in the safe passage operation brokered by the UN, issued a parallel statement saying that around 100 people from the Mariupol plant area arrived in Zaporizhzhia on Tuesday. Among them were the wounded, he added.

Since mid-April, Russian forces have claimed to have brought Mariupol under their control, though some Ukrainian fighters remain holed up in the city's fortress-like steelworks. Ukraine has kept warning that an "elimination" of them would put an end to any negotiations with Russia.

Mariupol is a major target for Russia as it seeks to cut Ukraine off from the Black Sea and connect Russian-controlled territory in the south and east.

Russia's troops are trying to encircle a large Ukrainian force there, attacking from three directions with massive bombardment along the front.

Russia calls its actions in Ukraine a "special military operation" to disarm Ukraine and protect it from "fascists." Ukraine and its Western allies say the fascist allegation is baseless and that the war is "an unprovoked act of aggression."

(Cover: A woman pushes a baby carriage with Azovstal steelworks seen in the background, in Mariupol, Ukraine, April 30, 2022. /CFP)