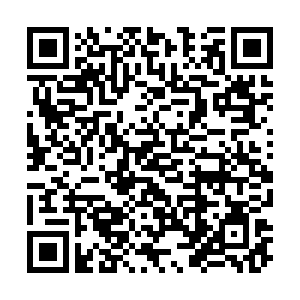 For about an hour, it seemed like it was going to be an upset. On April 27, Villarreal held Liverpool goalless at Anfield in a way other teams haven't been able to before. The “heavy metal football” of Jurgen Klopp found itself unable to crash into and through the Yellow Submarine from La Liga in a way that suggested last year's Europa League winners, this year's seventh placed (at time of writing) are more than the usual minnows done good.

To get to the semifinals, Villarreal had to beat Italy's Juventus and German champions Bayern Munich in two leg knockout ties, which they did 4-1 and 2-1 respectively. The Serie A side may be still in the process of finding a suitable replacement for gunslinger Cristiano Ronaldo but it appears they are finding their legs, opting for modified 4-4-2 formations that lead to strike partnerships of Paolo Dybala, Alvaro Morata, Moise Kean and the next big thing (he's 1.90m) Dusan Vlahovic. And Bayern Munich are as they always were.

This is to say that Unai Emery's Villarreal looked to have figured out high pace, high pressing football. First the Max Allegri way and then for 180 minutes against Bayern plus 53 minutes against Liverpool, two teams coached by Germans that play in the authentic gegenpressing style.

Unlike Diego Simeone's Atletico Madrid who line up in what's deemed a 5-5-0 formation and generally play the most extreme version of anti-football (not an insult) possible, Emery's side flow like water, with the fullbacks Estupinan and Juan Foyth covering almost the entire length of the wings to flood any possible gap that a pressing side might use to push into. 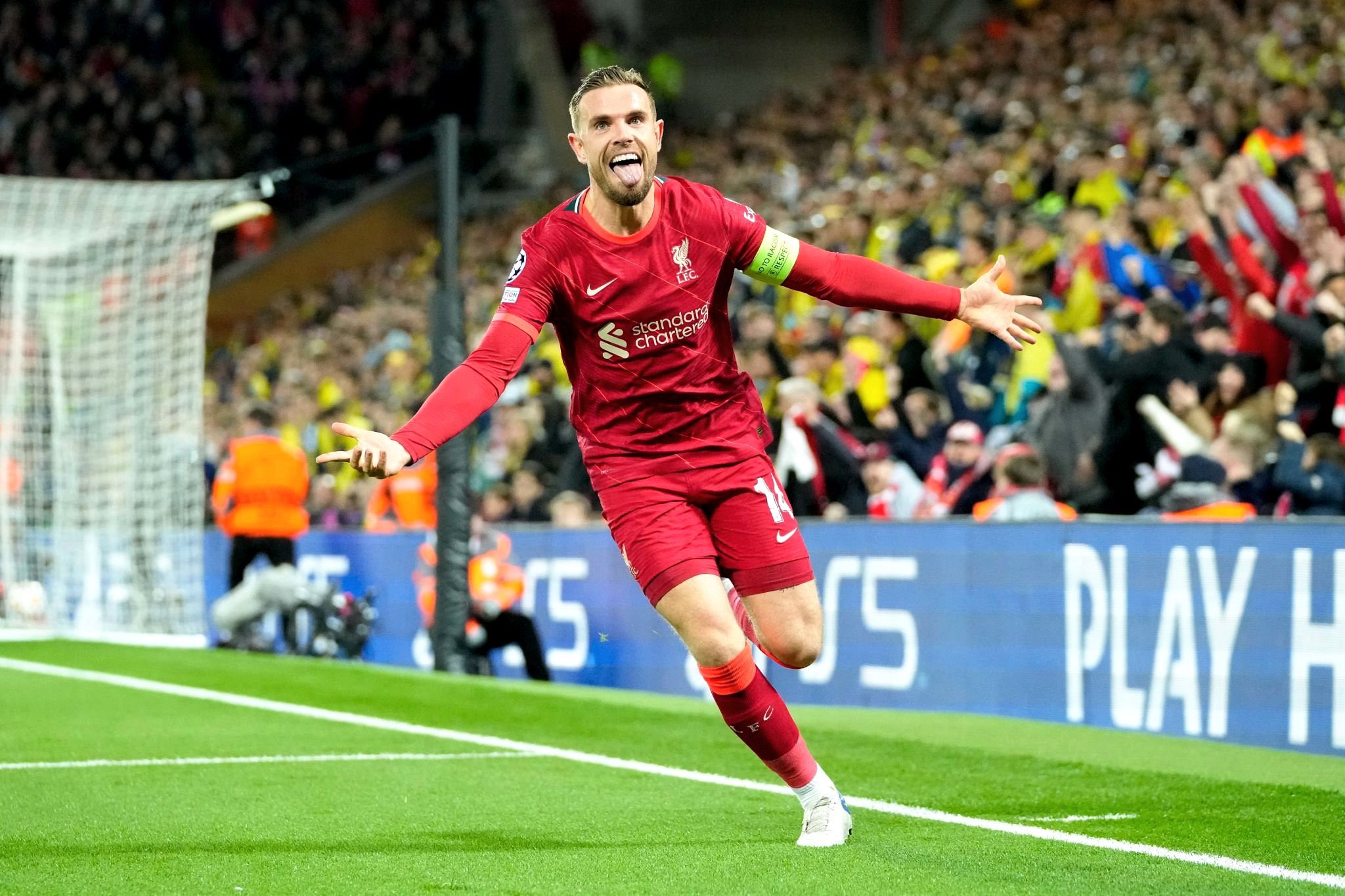 When a side does break through - and they always do at this level - they and the midfield tend to move backwards with them, so instead of a scramble of bodies, Villarreal can zonally mark whoever leads the attack. Mo Salah, one of the world's best strikers, was unable to find the time or space needed to be a threat.

But at this level, all it took was one mistake. In the 53rd minute, instead of going through on a direct attack, Salah fed in Jordan Henderson who changed the tempo with a cross in from the edge of the box, it took a slight deflection off Estupinan and went in. 1-0 for Liverpool after 53 minutes.

This shook Villarreal and the Redmen capitalised; only two minutes later it became 2-0 when Salah feinted a dash though the middle before knocking it in to the feet of Sadio Mane who then tapped it into the net. Villarreal goalkeeper Rulli made it too easy.

It ended 2-0, a risky scoreline for Liverpool and a definitive loss for Villarreal, but not a hopeless one. The tactics on display worked for 88 of the regulation 90 minutes and in the return fixture at La Ceramica on May 3, they would have their top strikers Boulaye Dia and Gerard Moreno back.

It took only three minutes for that to make an impact as Dia opened scoring with a point blank shot set up by a very unintentional backheeled cross from Etienne Capoue.

Having ebbed away at Anfield, Villarreal flowed at home, running wild over the acres of space left between the Liverpool defence and the attacking midfield three of Thiago, Fabinho and Naby Kaita.

Former Arsenal and Spurs wingers Francis Coquelin and Giovani Lo Celso turned the clock back and, in equal measure, blocked the Liverpool press and aided their own - Coquelin even managed to get on the score sheet right before half time.

The upset was back on. Until it wasn't.

When a game is 2-2 on aggregate, 2-0 on the night is still a risky proposition and in the second half, Villarreal didn't seem to know if they should immediately hunt for a third goal or not. This indecision will haunt Unai Emery for the rest of his life.

Luis Diaz, replacing a misfiring Diogo Jota, joined Salah and Mane at the start of the second half and instantly started making trouble, pushing into the back line of Villarreal. Pau Torres and Raul Albiol not only couldn't deal with him, they did't seem to know how to and maintain their position in the Villarreal motion; they couldn't ebb and flow at the same time so became static. 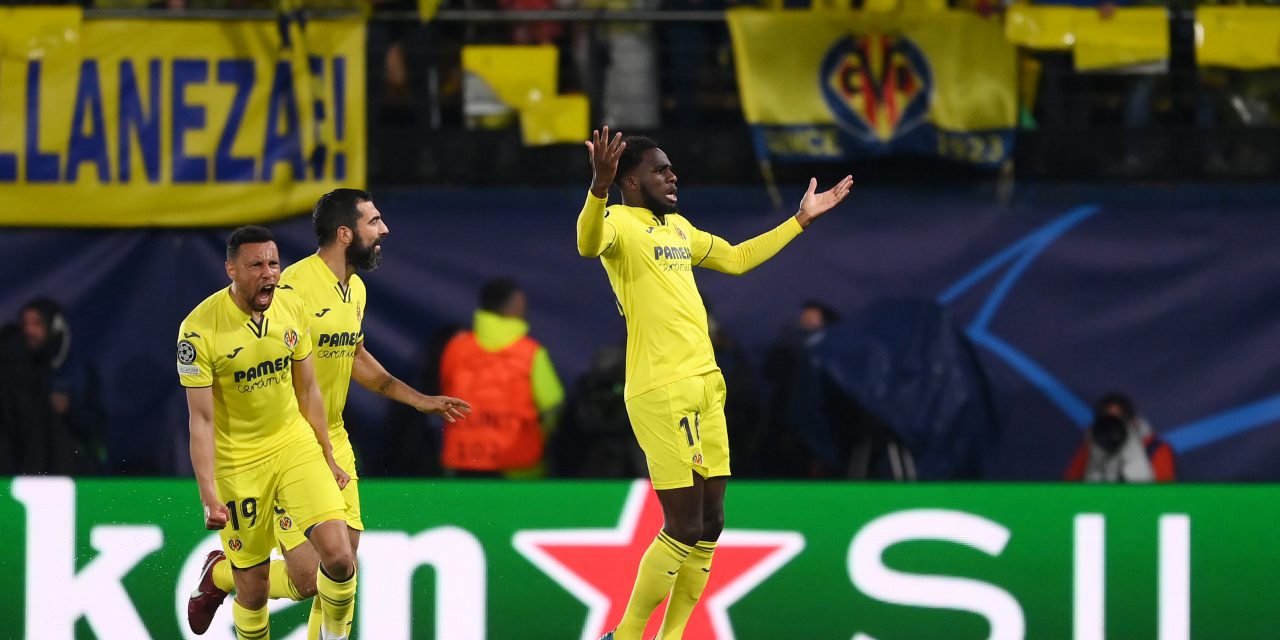 From here, Liverpool were uncorked and only five minutes later Salah - still unable to get on the score sheet himself - floated a cross in to Diaz who headed it with the same fashion as Fabinho's shot; first bypassing a crumbling defence, then scoring past a clumsy goalkeeper.

Rulli had totally lost his head, sprinting way out of his box as if he were a prime Manuel Neuer. Instead he gave the game away. At 4-2 on aggregate, it was already lost, but to fumble the ball away and allow Mane a tap in to make it 3-0 on the night is beyond careless.

Liverpool played the long game and deserve their spot in the Champions League final based on their overall quality - but for long portions of the tie, Unai Emery had Jurgen Klopp's number and that shouldn't be forgotten.

[Header: Liverpool players celebrate their 2-0 victory over Villarreal in the first leg of the UEFA Champions League semifinals at Anfield, Liverpool, UK on April 27, 2022. /Getty]