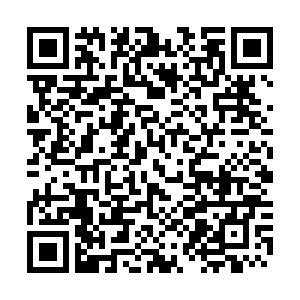 The Chinese Embassy in Britain on Wednesday refuted an unfounded BBC report related to China's Xinjiang, saying the BBC program has been used as a platform to spread disinformation on Xinjiang for the purpose of smearing and rumor-mongering.

While responding to BBC's recent program that accused China’s Xinjiang of being the site of "re-education centers," "forced labor" and "destruction of Uygur culture," an embassy spokesperson said these so-called allegations are sheer lies of the century and a farce put on by some politicians, media organizations and scholars acting in collusion to smear China.

Their relentless maneuvers to spread rumors and make trouble are in fact actions of political manipulation and economic coercion under the pretext of protecting human rights, with the real intention of undermining Xinjiang's prosperity and stability and containing China's development, the spokesperson said in a statement.

"It must be pointed out that the Xinjiang-related issues have nothing to do with religions, ethnic groups or human rights, but everything to do with fighting terrorism, separatism and extremism," the statement read.

The spokesperson reiterated that there is no so-called "re-education center" in Xinjiang, and the vocational education and training centers set up in accordance with law were schools.

The trainees in these centers have all graduated and are living as normal members of society with no special measures applied to them, the spokesperson said.

The Chinese government gives top priority to labor rights and protects the right of workers of all ethnic groups to participate in economic and social life and to share the benefits of economic and social development, the spokesperson said, adding there is no employment policy or action against minority groups in Xinjiang.

The spokesperson also said Chinese citizens enjoy freedom of religious belief as prescribed by the Constitution of China. "Muslims from various ethnic groups are free to practice their belief in mosques and at home according to religious doctrines, canons and traditional customs."

Stressing China has been working to present the real Xinjiang to the world, the spokesperson mentioned China has issued over a dozen white papers concerning the region, held more than 70 news conferences on Xinjiang affairs and invited over 2,000 experts, scholars, journalists, diplomats and religious personnel from over 100 countries to visit Xinjiang.

At the 49th session of the UN Human Rights Council, nearly 100 countries unanimously expressed support for the Chinese government’s policy in Xinjiang and opposition to interference in China’s internal affairs in the name of human rights, the spokesperson added.

In terms of the so-called Uygur Tribunal, the spokesperson said "it was nothing but a political tool crafted by the anti-China, separatist organization 'World Uygur Congress' and manipulated and sponsored by anti-China forces in the U.S. and the West in an attempt to disrupt Xinjiang and smear China."

Some social media platforms exposed the "witness cost" of the "tribunal" and how it was shared among the "witnesses." Of the 100,700-pound total expenditure, the biggest share of 43,000 pounds went to an "anonymous witness" with the surname Wang, the spokesperson pointed out.

The spokesperson added, this man, claiming to be an ex-police officer sent to investigate separatist activities in Xinjiang in 2018, has spread a large amount of disinformation about the region while in a CNN report, he changed his surname to Jiang. "Even CNN admitted that it could not independently verify his statement."

The spokesperson urged BBC to abide by the principles of objectivity, impartiality, authenticity and accuracy in reporting, and do more to promote communication, exchange and mutual understanding, not the opposite.