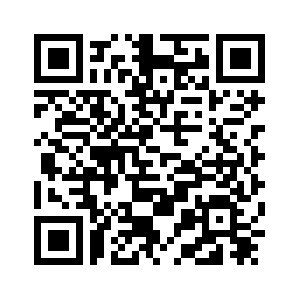 Artificial intelligence (AI) is already one of the most effective technologies to help protect wildlife. By identifying an animal's calls out of hours of field recordings, AI can greatly reduce researchers' workload and improve their efficiency by precisely pinpointing the location of the targeted animal in a vast nature reserve.

However, the development of this technology can't be realized without the foundation laid by scientists and researchers who spend years studying all aspects of certain species in the field, including their calls. Based on their extensive observations, these researchers provide the description of a certain call, of a certain animal, under certain circumstances to AI engineers to build models that can automatically detect the animals whereabouts in a large area.

Zhao Longhui, a PhD candidate at Hainan Normal University, is one of those code-crackers. His expertise in animal behavior, especially in amphibians, enables him to recognize, on most occasions, a frog's species, gender, size and possible activity by hearing the sound.

"Generally, the bigger an animal is in size, the lower its sound frequency is; in other words, the lower the voice is," said Zhao. "Different frog species have different calls, but you may also find the same species bears different calls when conducting different activities.”

On top of collecting a sound sample and learning its meaning and emotions, Zhao also marks the sound for the AI engineers, who then use algorithms to build models that learn the characteristics of the sound, which allows the call of the animal to be identified among various sounds in the field.

Liu Jie, a speech algorithm expert at Huawei, is one of the engineers who takes over projects from Zhao. One of these projects involves the protection of a rare species of spider monkey. With the help of AI, engineers needed to develop a system that could locate the animal by detecting its calls and monitor poaching activity in a vast rainforest in Costa Rica.

"One of the challenges of this project was there weren't enough audio samples for us to study and analyze, because the animal is extremely rare," said Liu. "Finding it in such a large rainforest is already difficult, let alone recording its calls."

Nevertheless, by analyzing the data from every chopped audio sample (from one second each before to half a second now), Liu's team has managed to create a model that can detect the presence of the animal with an accuracy up to 90 percent.

Hundreds of solar-powered phones are now scattered in the large rainforest to collect audio data for the system to locate the presence of the monkeys. Signals are transmitted in real time to researchers or rangers, which would have taken years and generations of scientists to accomplish in the past.

The project is just one of many wildlife conservation projects that Huawei has participated in around the world. With the successful experience gained from this project, many other projects are now underway to protect other rare species. Meanwhile, continuous efforts are being invested in understanding the emotions behind each sound so that we can better understand whether our protective measures are helping the animals.

Every coin has two sides, so does advanced technology. As Liu stated, attention is also needed to protect the technology from being misused by ill-intentioned people, such as capturing the animals by seducing them with simulated sounds of the opposite sex constructed on leaked data.