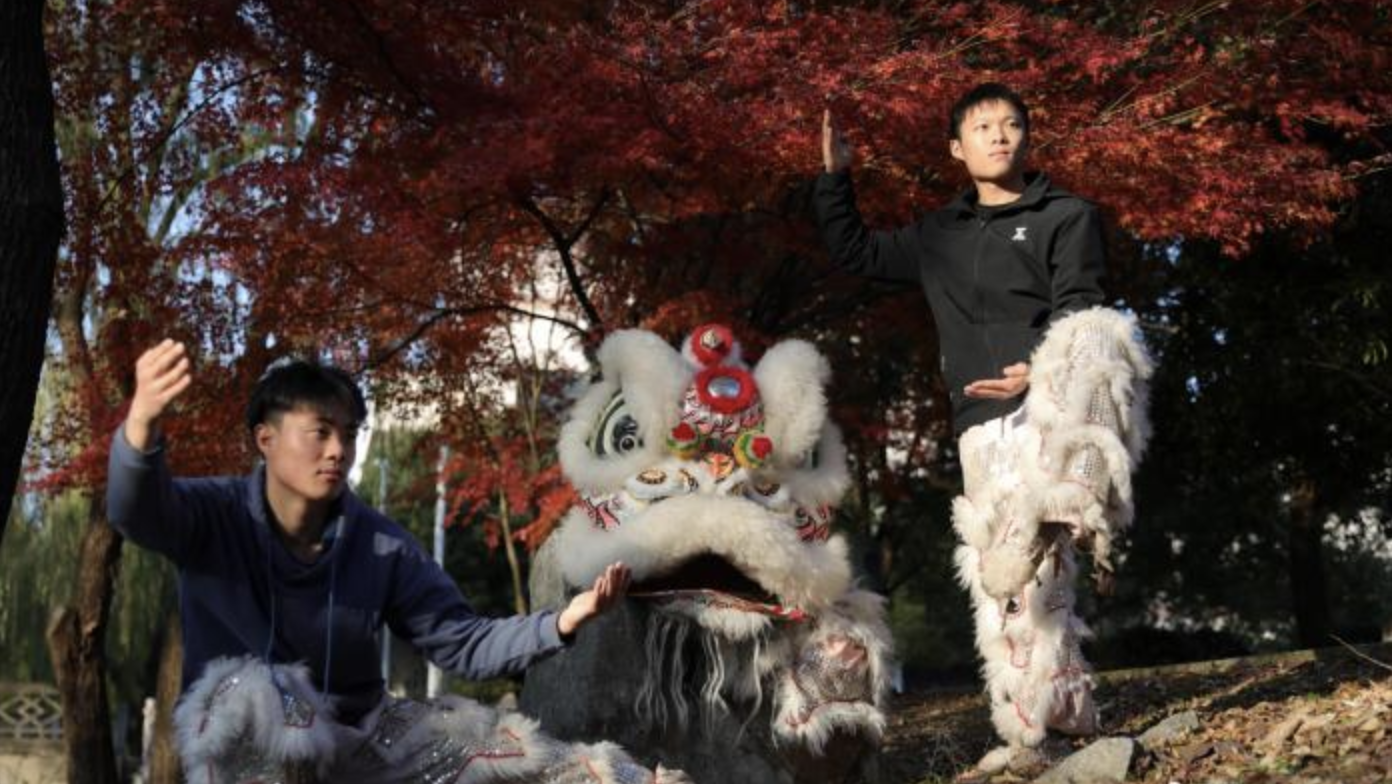 After the performance ended, the "lion head" was dropped off, revealing the face of Liu Chaojie, a junior majoring in sports education at Huzhou Normal University.

A member of the university's lion dance troupe, Liu said he fell in love with the art form three years ago.

"After entering college, I happened to watch a performance by the lion dance troupe, and was attracted by their wonderful moves," Liu recalled, saying that he joined the team without any hesitation.

Lion dancing is a traditional Chinese performing art that can be seen frequently during festive occasions as it is believed to bring luck and ward off evil.

The dance performed by Liu belongs to the Southern Lion clan, which seeks to mimic the lion with martial art and acrobatic stunts. The art form was listed as a national intangible cultural heritage in 2011.

However, learning lion dance is never easy, especially for beginners. As such, Liu trained every Wednesday and Thursday over the years, so hard that he sometimes got hurt.

"Small injuries are inevitable," Liu said. "The arms and wrists are always sore due to prolonged lifting. And failure to control the landing action will lead to foot sprains and waist strains."

The efforts paid off, however. With skillful techniques and fame, Liu and his teammates have earned opportunities to perform throughout the city. They have also incorporated modern elements into their performances, gaining popularity among the young.

In Liu's eyes, lion dancing is far from just a performance. "I hope I can promote the lion dance and pass on the heritage through my own efforts," he said.