Download
How can the youth contribute to a better tomorrow?
Zhou Wenxing 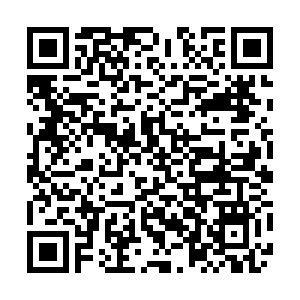 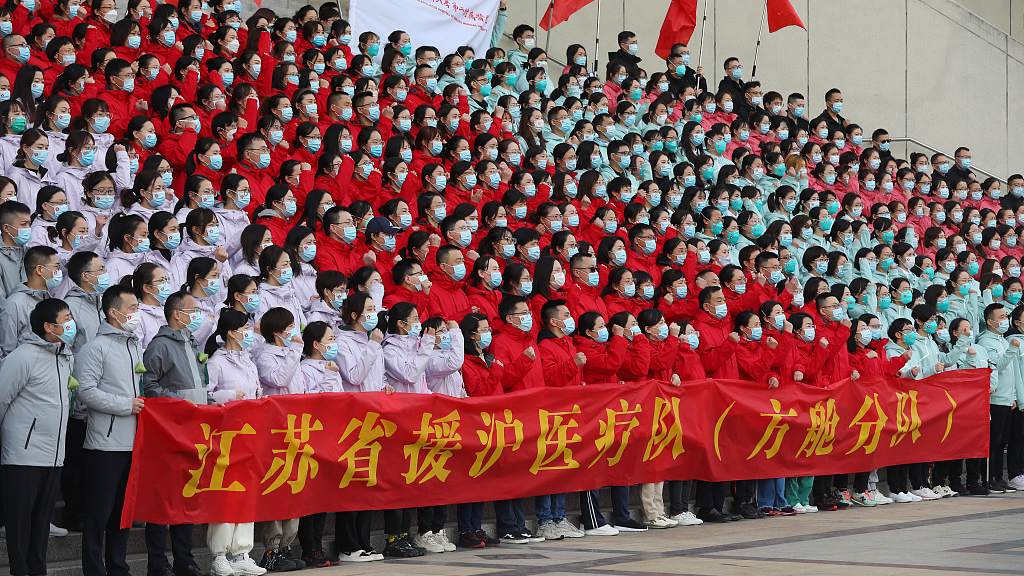 Editor's Note: Zhou Wenxing is an assistant professor at the School of International Studies, Nanjing University and a former Asia Fellow at John F. Kennedy School, Harvard University. He writes extensively on comparative politics and international relations, with an emphasis on the Taiwan issue and China-U.S. relations. The article reflects the author's opinions, and not necessarily the views of CGTN.

China's younger generations celebrated their annual Youth Day on May 4 to commemorate the patriotic and anti-imperialist May Fourth Movement in 1919. The past century has witnessed sea changes in China's internal and external situations, but Chinese youth are still full of patriotic enthusiasm and devote themselves to social construction and national development.

One case in point is that large numbers of Chinese youth have actively been participating mainly as volunteers in the battle against the COVID-19 pandemic in the past two and a half years. They can be found in almost every corner where people are in need. Some are still working voluntarily now, which made this Youth Day more unique. The battle might have been much fiercer without the youth's contributions.

The vital role of Chinese youth was also recognized in another significant event, the 2022 Winter Olympic Games in Beijing, which, according to the International Olympic Committee (IOC), was served by more than 18,000 volunteers – 94 percent of whom were under the age of 35. IOC President Thomas Bach expressed his appreciation to the volunteers, saying they "warmed our hearts." 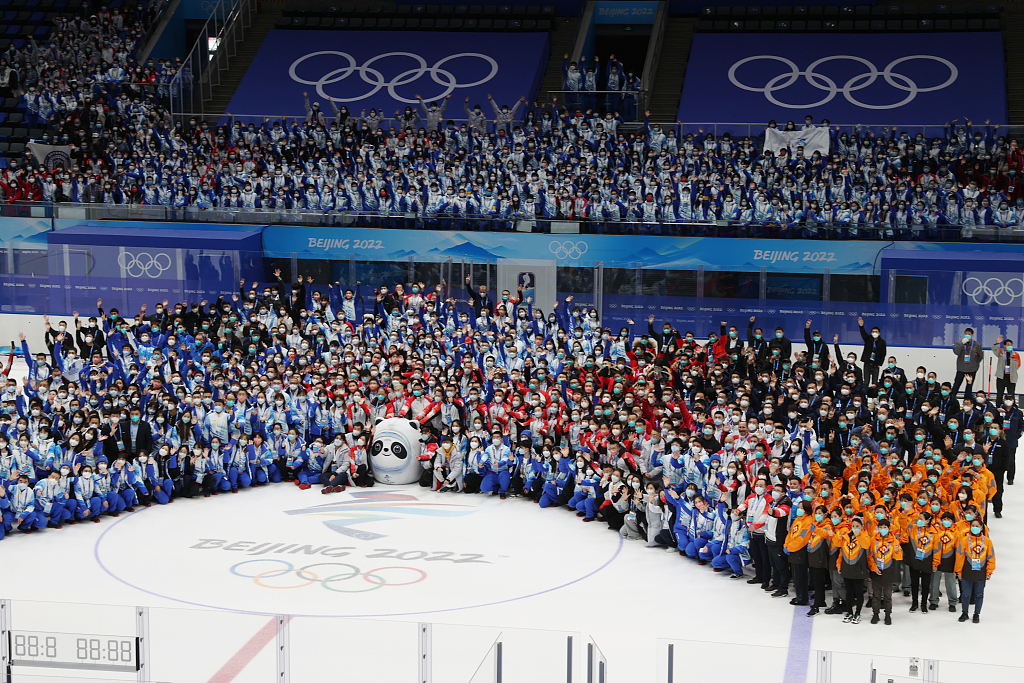 More than 2,000 staff and volunteers of the Beijing 2022 Winter Olympics pose for pictures at the National Gymnasium in Beijing, China, February 21, 2022. /VCG

More than 2,000 staff and volunteers of the Beijing 2022 Winter Olympics pose for pictures at the National Gymnasium in Beijing, China, February 21, 2022. /VCG

More importantly, many young Chinese athletes competed peacefully with their outstanding peer competitors from around the world. Among them, teen athletes Su Yiming and Eileen Gu have attracted more attention. They became "heroes" not because they are gold medalists; rather, it is because they showed self-confidence and ease while enjoying the games as ordinary Chinese youth.

Indeed, thanks to the vast majority of young Chinese volunteers and young participants from inside and outside China, Beijing is now well-known for being the first city in the world that has hosted both summer and winter editions of the Olympics. The world gets more familiar with Chinese culture and traditions via these worldwide sports events in which the youth play an increasingly significant role.

In addition to their indispensable role in public health crises and athletic contests, the youth could also play a leading role in, directly or indirectly, addressing many other regional and global issues considering that they have widely been recognized for their imagination, ideals and energy. This is the main reason why international organizations, including the World Health Organization and the United Nations, and an increasing number of countries have set up positions or initiated forums specifically for issues concerning the youth.

Take my own experience, for instance.

In 2018, I was invited as one of a few Chinese youth representatives by the Egyptian government to attend the second World Youth Forum in Sharm el Sheikh, a world-class resort known as the "city of peace" on the coastal strip along the Red Sea. But the city had been suffering from terrorist attacks in the past few years, damaging the tourist industry and intensifying poverty. The forum brought together 5,000 youth representatives from around 150 countries. During the three-day event, we discussed sustainable development, climate change, women empowerment, artificial intelligence, humanitarian assistance and other issues. These discussions were conducive to breaking down participants' cognitive barriers and seeking common interests.

The message of peace spread to all parts of the world via the voices of these young participants. Peace and vitality that were rarely seen for quite a while were subsequently brought back to the city, which in turn revived local tourism in Sharm el Sheikh and other Egyptian cities, enhancing both hard and soft power of the North African country.

I have benefited much from similar cross-cultural and international dialogues. In the past 10 years, I have been to more than 30 countries and regions in Asia, Africa, Europe and America. I made friends with those from different religious and cultural backgrounds, most of whom are of my age or even younger. These experiences have broadened my horizons, both in academic and daily life.

Now as a young assistant professor of international politics and, more importantly, secretary of foreign affairs of our school in charge of international exchange, I have a much deeper understanding of and attach greater importance to student exchanges and youth communications. It seems to me, by calling up my personal experience in Egypt and beyond, that the youth can achieve more than we think.

Another fact worth noting is that younger generations tend to have stronger incentives to communicate with each other and play an essential part in improving the quality of public life.

The raging pandemic has just made international cooperation more urgent. In this process, dialogues between the youth from different cultures are of great significance. The pandemic should therefore be considered as an opportunity to promote youth exchanges and participation to build a community with a shared future for mankind, as the official motto of Beijing 2022 "Together for a Shared Future" vividly shows.