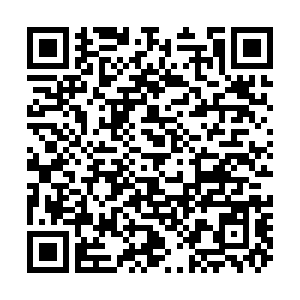 Rafael Nadal during the Madrid Open at La Caja Magica in Madrid, Spain, May 4, 2022. /CFP

Rafael Nadal during the Madrid Open at La Caja Magica in Madrid, Spain, May 4, 2022. /CFP

Rafael Nadal enjoyed a winning return after a six-week injury break, opening his Madrid campaign with a 6-1, 7-6(7/4) success over Serbia's Miomir Kecmanovic on Wednesday.

The Spanish star had been sidelined with a rib injury since his Indian Wells final defeat in March but showed little sign of rust as he skipped into the third round.

Nadal said his preparation for the tournament was "non-existent" due to his rib problem limiting his ability to train and was thrilled by how well he played against one of the most in-form players of the season.

"Today I was able to play one hour, 55 minutes against an opponent that was playing really well in these last months, so a really good victory, a lot of value to it," said the 35-year-old Mallorcan.

"It helps me a lot to reach my final goal, which is to recover my previous health and previous fitness. I'm very excited about it."

Kecmanovic, 22, entered the match carrying the second-highest tally of wins on tour this season – his 23 victories placing him just one behind Andrey Rublev, Stefanos Tsitsipas and Carlos Alcaraz. 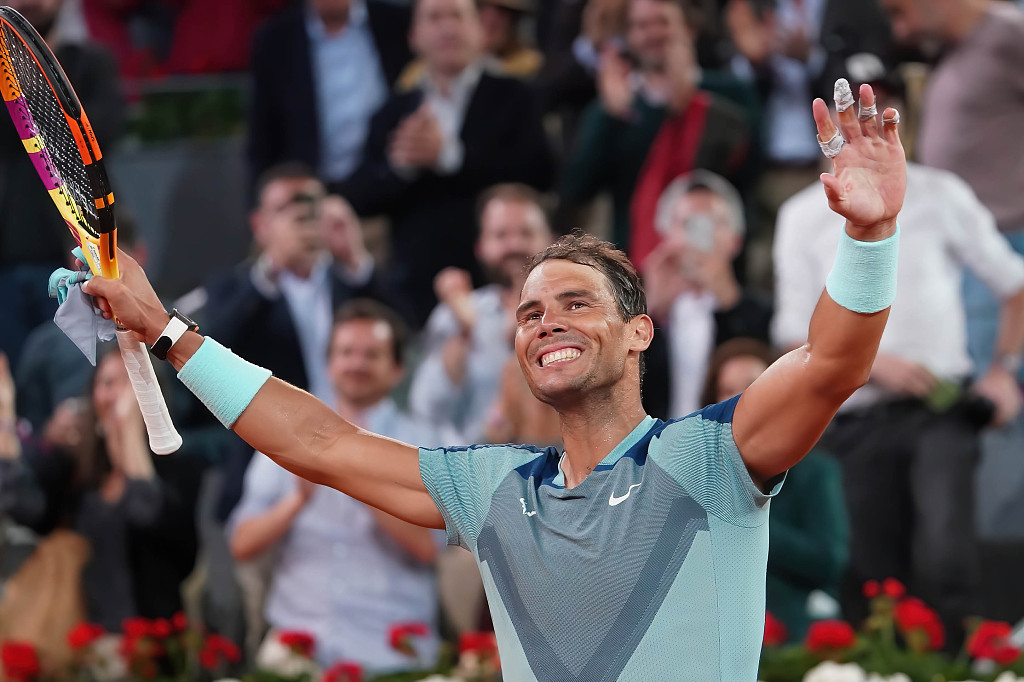 Rafael Nadal celebrates victory after their second round match against Miomir Kecmanovic during the Madrid Open at La Caja Magica in Madrid, Spain, May 4, 2022. /CFP

Rafael Nadal celebrates victory after their second round match against Miomir Kecmanovic during the Madrid Open at La Caja Magica in Madrid, Spain, May 4, 2022. /CFP

Nadal, a three-time title winner in 2022, improved to 21-1 for the year and now plays Belgian qualifier David Goffin.

He is aiming to win his sixth title on home soil in Madrid this week, having last triumphed at the clay-court event in 2017. If he can accomplish the feat, he will move level with Novak Djokovic on a record 37 ATP Masters 1000 crowns.

After a fairly routine opening set and a brief rain delay, Nadal faced significant resistance from the world number 32, who was broken in game five of the second set but struck back immediately as he started to find his range from the baseline.

Nadal found an opening at 5-5 and broke on his first opportunity, thanks to a long backhand from Kecmanovic. The number three seed could not serve out the win though, dropping serve as Kecmanovic forced a tie-break.

The pair were neck and neck, gifting each other mini-breaks before Nadal finally secured the win in just under two hours with an ace.