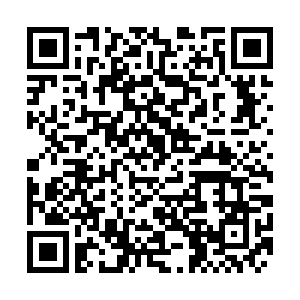 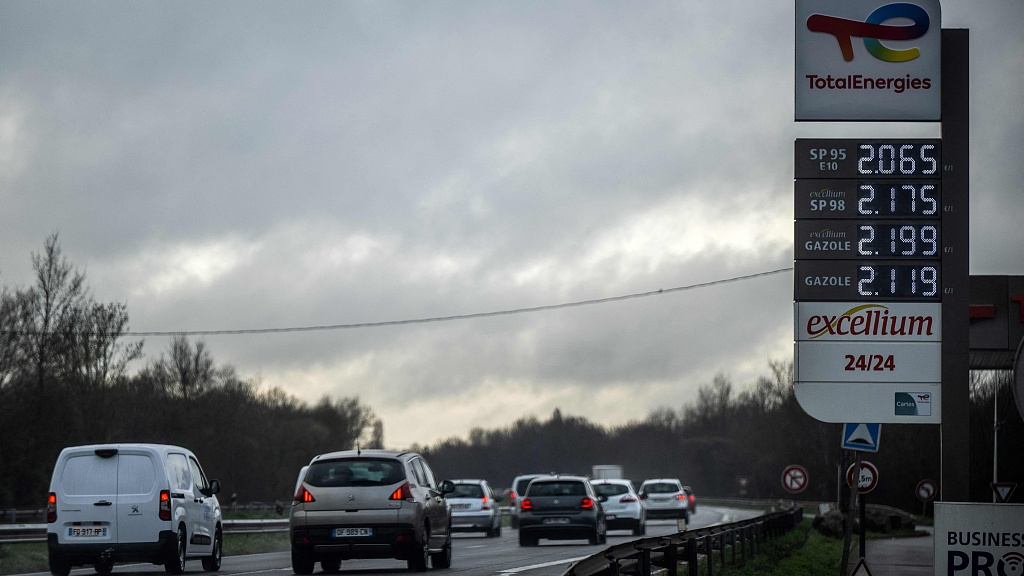 Cars driving past a board indicating the fuel prices at a gas station in Temple-de-Bretagne, France, March 8, 2022. /CFP

Cars driving past a board indicating the fuel prices at a gas station in Temple-de-Bretagne, France, March 8, 2022. /CFP

Oil prices extended gains on Thursday on supply concerns as the European Union proposal laid out plans for new sanctions against Russia, including an embargo on crude in six months, offsetting concerns over weaker Chinese demand.

Both benchmarks jumped more than $1 a barrel earlier in the volatile session after gaining more than $5 a barrel on Wednesday.

The sanctions proposal, which was announced by European Commission President Ursula von der Leyen and needs unanimous backing by the 27 EU countries to take effect, includes phasing out supplies of Russian crude in six months and refined products by the end of 2022.

It also proposes to ban in a month's time all shipping, brokerage, insurance and financing services offered by EU companies for the transportation of Russian oil.

"That's a likely game changer for oil and refined product markets," CBA analyst Vivek Dhar said in a note, adding that sanctions on insurance, previously used by the United States and European countries, were effective in limiting Iran's oil exports.

However, the EU faces the task of finding alternative supplies at a time when energy prices have surged. It imports some 3.5 million barrels of Russian oil and oil products daily and also depends on Moscow's gas supplies.

A handful of eastern EU countries are concerned that the proposal gives them insufficient time to adapt.

"The most immediate questions are how many countries will receive exemptions, the scope of the additional sanctions measures to curtail Russian oil exports to other key markets, and President Putin's response to the European action," Helima Croft, RBC Capital Market's head of global commodity strategy, said in a note.

"We think the price response to such measures will depend on how far they go in making Russia's 4.8 million bpd (barrels per day) of global exports unavailable as opposed to unpopular."

On Thursday, the Organization of the Petroleum Exporting Countries and allied producers, known as OPEC+, is expected to agree to raise production targets by 432,000 barrels per day for June, four OPEC+ delegates told Reuters. OPEC+ would thereby stick to plans for a gradual ramp-up of monthly production.

OPEC Secretary General Mohammad Barkindo reiterated it was not possible for other producers to replace Russian supply but expressed concerns about slowing demand for transportation fuels and petrochemicals in world's top importer, China, because of COVID-19 lockdowns.

A private-sector survey on Thursday showed China's services sector activity contracted at the steepest rate in April since March, 2020.

In Iran, surging oil prices have given its energy-reliant economy a breather and hence its clerical rulers are in no rush to revive a 2015 nuclear pact with world powers to ease sanctions, three officials familiar with Tehran's thinking said.

In the United States, crude stocks were up 1.2 million barrels last week after more oil was released from strategic reserves, according to the Energy Information Administration.