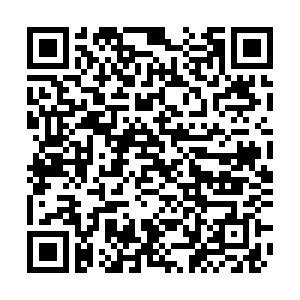 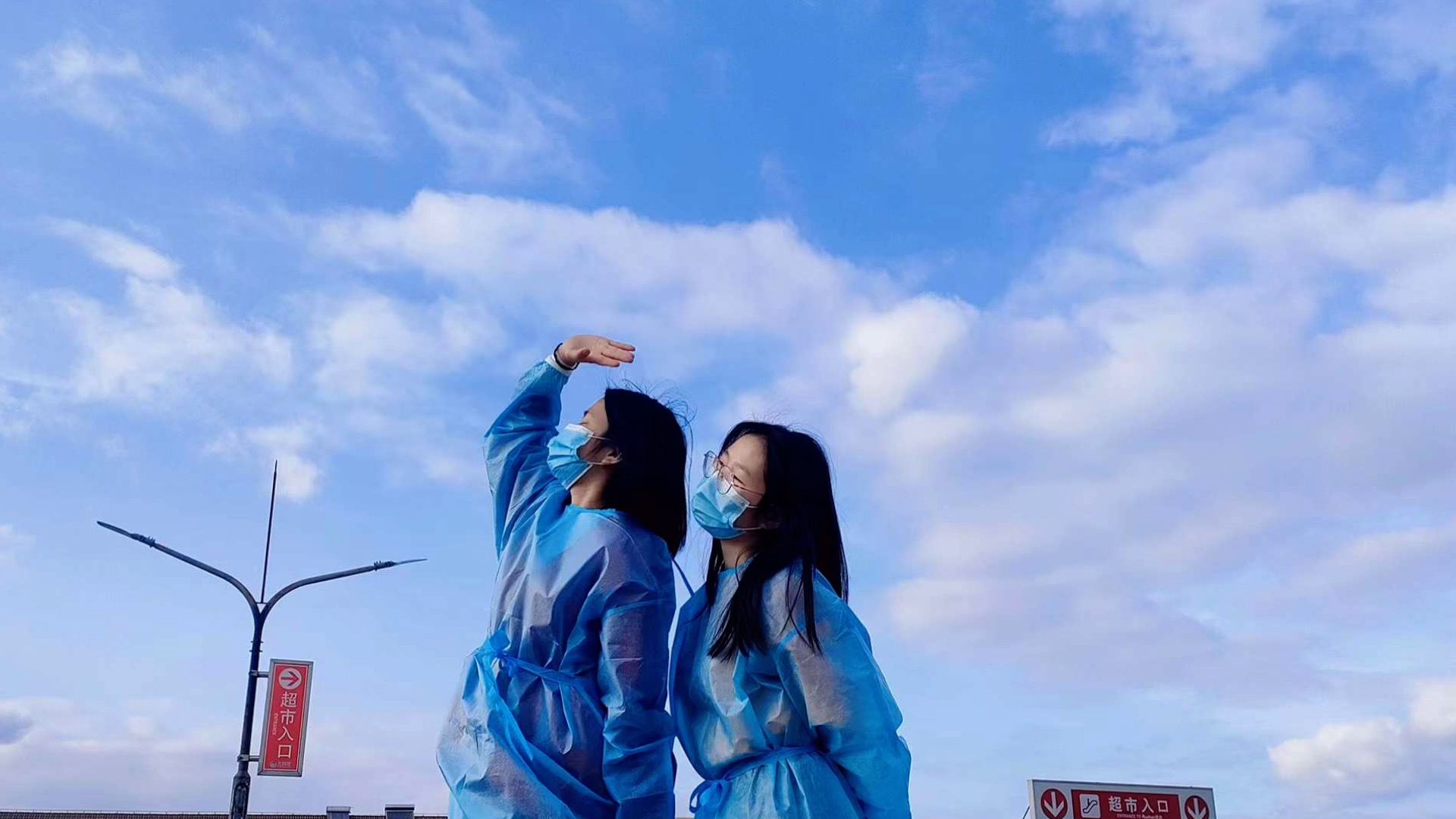 The two are workers of RT-Mart, a local supermarket chain. For nearly a month, they've been living in tents, working hard to ensure food supplies for quarantined residents.

Twenty-three-year-old Huang Die is one of them. She is among the 108 workers from Ningbo City who came to support Shanghai on April 9.

"It's a rare chance for us to have a relax outside the supermarket," said Huang Die. "I remember when we first went to the rooftop; there were a lot of dark clouds. But I was still happy to get some fresh air. Soon after, the clouds scattered, the sunlight shone through, and the blue sky came into view. We were so excited to witness the whole process, so we took some pictures.”

Huang's primary job is to offload goods that arrive at the supermarket and then pack orders.

"During the busiest time, I felt we were working all day long without any rest. We just kept offloading and packing. We didn't have time to think about the epidemic outside. All we could think about was how many tonnes of goods we had received and distributed," said Huang.

She said her parents had tears in their eyes when they heard she had signed up to go to Shanghai. But they're proud of her.

Huang said people who call her generation "lazy" and "self-centered" are just using stereotypes when, in fact, her generation has become the country's backbone and will stand up boldly for others regardless of difficulties.

"I know sometimes, young people say online, 'Oh, let's just slack off and lie down, and let nature takes its course.'  But in fact, every time there's a crisis in the country, you can see numerous young people coming forward to shoulder their responsibility," Huang said.

She said she believes Shanghai residents will soon be able to leave their homes and enjoy the sunshine and blue sky like she did in the photo after the arduous efforts fighting the outbreak.

Shanghai has been put into closed-off management since late March due to the resurgence of COVID-19, and some supermarkets could only maintain online operations for community group buying to guarantee residents' food and daily necessities.

After a monthlong suspension, more supermarkets and grocery stores in the city, especially in suburban areas, are gradually resuming offline operations as new infections in the city continue to decline.