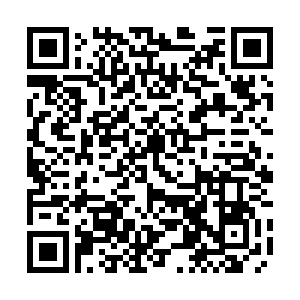 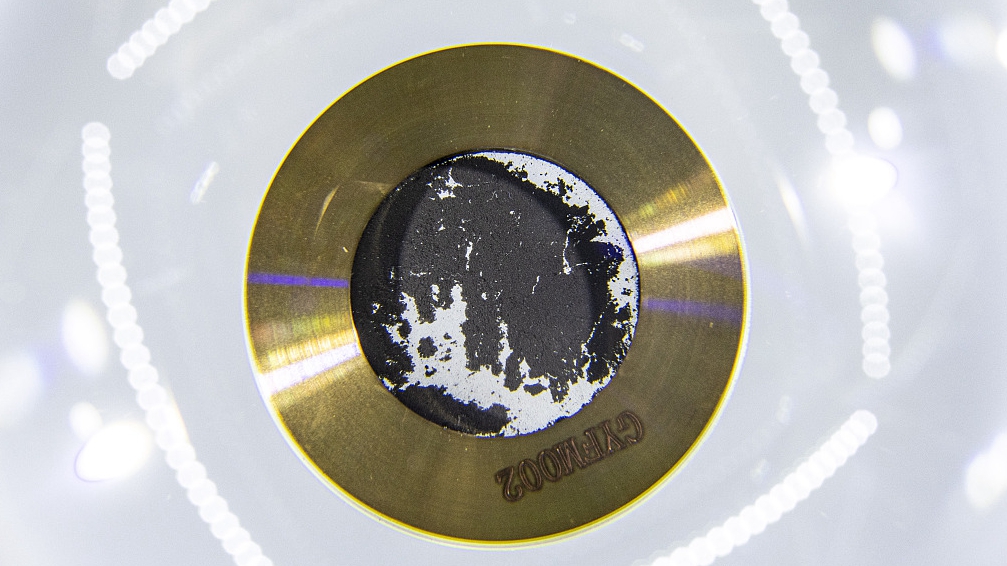 Lunar sample brought back by China's Chang'e-5 probe is seen at an exhibition during the 2021 China Space Conference in Nanjing, east China's Jiangsu Province, April 24, 2021. /CFP

Lunar sample brought back by China's Chang'e-5 probe is seen at an exhibition during the 2021 China Space Conference in Nanjing, east China's Jiangsu Province, April 24, 2021. /CFP

Chinese scientists have found the soil on the moon may potentially be able to generate oxygen and fuel, a finding that signifies more tantalizing possibilities of utilizing lunar resources to further human exploration on the moon or beyond.

The researchers with Nanjing University showed that the lunar sample brought back by China's Chang'e-5 probe contains active compounds that can convert carbon dioxide into oxygen and fuel.

Initially, they hoped to design a system that takes advantage of lunar soil and solar radiation, the two most abundant resources on the moon, according to a study published on Thursday in the journal Joule.

After analyzing the Chang'e-5 lunar soil sample, the team found the sample contains iron-rich and titanium-rich substances, which could work as a catalyst to make oxygen using sunlight and carbon dioxide.

The team proposed a strategy using lunar soil to electrolyze water from the moon and the astronauts' life support system into oxygen and hydrogen. The process is powered by sunlight.

The carbon dioxide exhaled by moon inhabitants can be collected and combined with hydrogen to yield the fuel methane, also catalyzed by lunar soil, according to the study.

With this method, no external energy apart from sunlight would be used to produce oxygen and fuel to support life on a moon base, said the researchers.

"We use in-situ environmental resources to minimize rocket payload, and our strategy provides a scenario for a sustainable and affordable extraterrestrial living environment," said the paper's lead author Yao Yingfang from Nanjing University.

The challenge lies in the fact that catalytic efficiency of lunar soil is weaker than catalysts on Earth, said the researchers. Now, they are testing different approaches to improve the design, such as melting the lunar soil into a nanostructured high-entropy material.

The team is looking for an opportunity to test the system in space, for instance, with China's future crewed lunar missions.