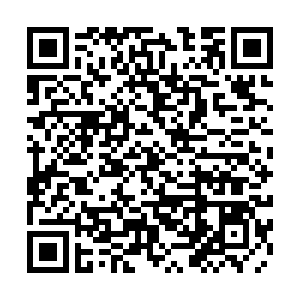 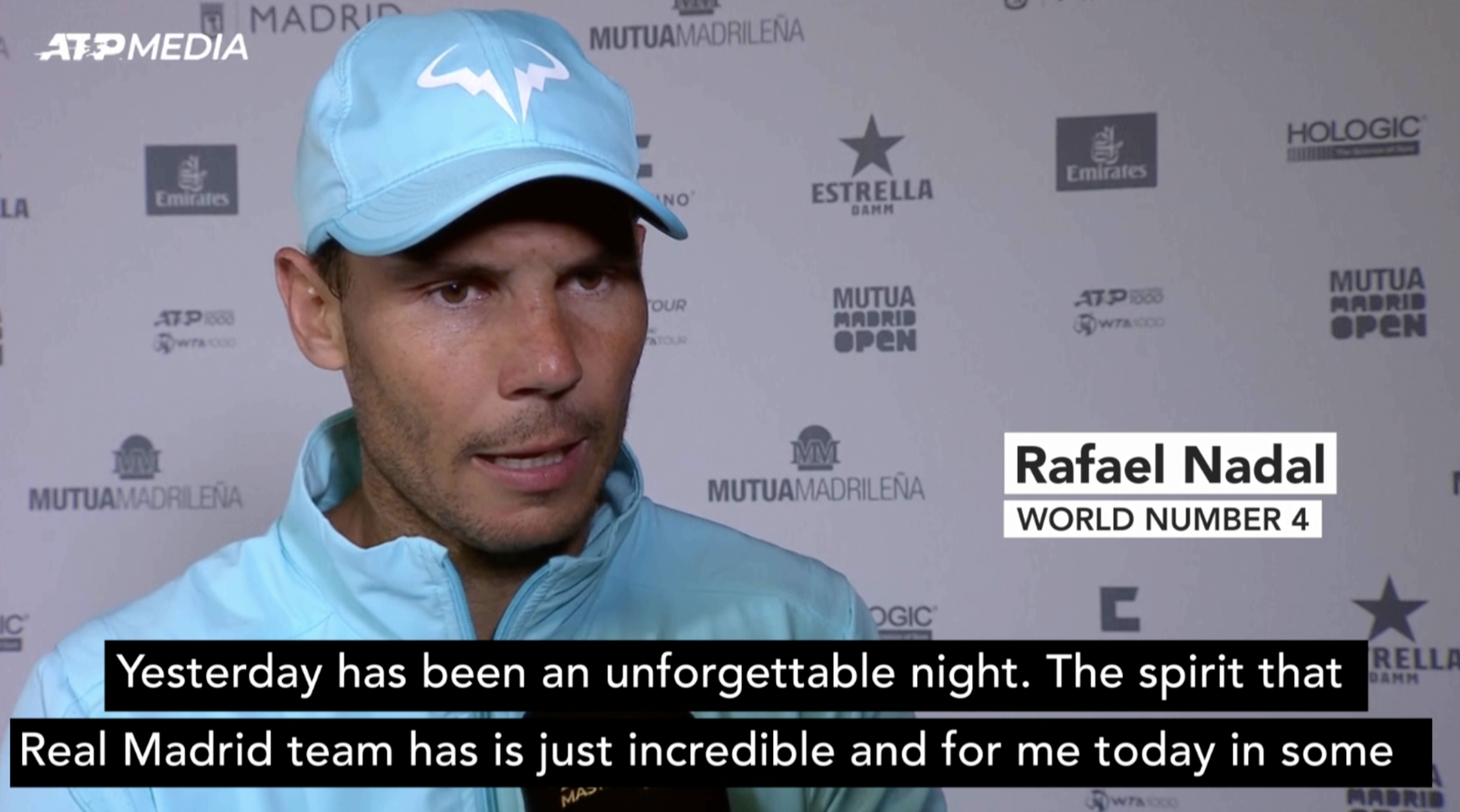 Rafael Nadal revealed that he drew inspiration from his beloved Real Madrid heroes to stage an incredible comeback victory over David Goffin at the Madrid Open on Tuesday.

Less than 24 hours after Real had beaten Manchester City in the semi-finals of the Champions League from a seemingly impossible position, Nadal mounted his own extraordinary recovery to beat Goffin 6-3, 5-7, 7-6.

The world number 4, who was playing his first tournament in six weeks after suffering a stress fracture of a rib at Indian Wells in March, saved four match points before conquering Goffin on the fourth of his own.

The 35-year-old will play Carlos Alcaraz in the quarter-final, after his fellow Spaniard progressed with a 6-4, 6-7, 6-3 victory over Great Britain’s Cameron Norrie.

"It was an unforgettable night," said Nadal, who had been in the stands at the Bernabeu to see Real beat City 3-1 and set up a final date with Liverpool, in his post-match press conference.

"The spirit that the Real Madrid team has is just incredible. For me today, in some ways it has been an inspiration in the way I have been fighting all my tennis career."