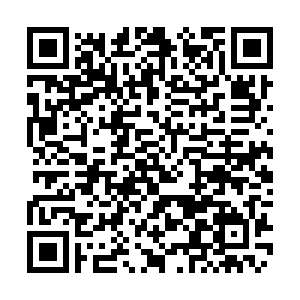 China's Hong Kong Special Administrative Region (HKSAR) will elect a new chief executive on Sunday. Amid a critical moment when Hong Kong is moving from chaos to stability, the election result will have a bearing on the interests of the country and the SAR, as well as on the wellbeing of every Hong Kong resident.

CGTN talked to Cheung Siu Wai, a Hong Kong media commentator and senior lecturer at Hong Kong Baptist University, Li Huan, an associate research professor and assistant director at the Institute of Hong Kong and Macao Studies, China Institutes of Contemporary International Relations, and Tian Feilong, an associate professor at Beihang University's Law School and director of the Chinese Association of Hong Kong and Macao Studies, to analyze what a new chief executive might mean for Hong Kong.

What are the main challenges facing the HKSAR government?

In the nearly 25 years since its return to the motherland, the SAR government has constantly encountered new challenges but as Li and Tian both pointed out the current major challenge for the SAR is to coordinate COVID-19 pandemic control and economic and social development based on the SAR's condition amid the ending of the fifth COVID-19 wave.

From Li's perspective, to restore the economy and stabilize people's livelihood requires a gradual relaxation of some COVID-19 measures, which the SAR government has already done since April 21. On the other hand, the SAR government should push forward the arrangement for resumption of quarantine-free travel between Hong Kong and the mainland, she added.

According to Li, in this wave of the pandemic, the SAR's economy has come under great pressure, and the once-improving unemployment rate has again risen to 5 percent with nearly 260,000 people unemployed, and the unemployment rate in consumer and tourism-related industries is as high as 10.7 percent.

Apart from tackling the COVID-19 pandemic, Tian also listed hidden security risk, development, and livelihood issues as other major challenges that the HKSAR is facing.

He pointed out that the SAR should tackle hidden national security risks through speeding up the legislation of Article 23 of the Basic Law as related laws are not harsh enough on emergent threats endangering national security.

Since China unveiled the outline development plan for the Guangdong-Hong Kong-Macao Greater Bay Area in 2019, Tian believes Hong Kong has been falling behind to some extent due to the turbulence over proposed legislative amendments and the strict border restrictions under the pandemic.

He said Hong Kong government must quickly form a strong managing team to keep up with the development of the Guangdong-Hong Kong-Macao Greater Bay Area as well as the integration of the country's overall economic development plans, adding it will also help sustain Hong Kong's economic position in the international arena, smooth social mood and restore the divisive society.

According to Tian, if the SAR government cannot find solutions to livelihood issues, especially housing problem and youth development, social conflicts and resistance mood could be further intensified and society's confidence in implementing "One Country, Two Systems" will also be impacted.

Cheung likewise mentioned the housing problem, saying it is causing "intergenerational poverty" as the income growth of those who cannot afford housing is far behind the growth of housing prices, which passes on the issue to the second generation.

"The civil servants trained by the colonial British system do not have the mentality of initiating certain policies and changing the course. According to the situation, they are more likely to follow the orders. So the government should have a vision to see the future and propose certain policies that can adapt the region to the reality of the 21st century."

What qualities and traits should a new chief executive have?

Tian pointed out a qualified candidate should primarily fit the bill listed by the Hong Kong Basic Law. The Basic Law regulates a chief executive candidate should swear allegiance to the HKSAR to fully implement the principle of "patriots administering Hong Kong," and should be a permanent resident who is a Chinese citizen with no right of abode in any foreign country, and has reached 40 years of age and ordinarily resided in Hong Kong for a continuous period of not less than 20 years.

However, for the candidate's competitiveness, Tian believes it should depend on whether the candidate can respond to the SAR's current development appeal. "Only a chief executive candidate with outstanding leadership and executive ability can be accepted by all sectors of society and to gain the trust of the Central Government."

Li and Cheung both stressed that the new chief executive should be the one who made it to the top without losing the common touch.

"I hope to have someone who listens to the people and understands the people," said Cheung, who is also a Hong Kong resident.

Li noted that the new chief executive should use multiple channels to reach out to the grassroots and listen to the voices of all sides so as to translate the public's appeals into reasonable policies.

She also said the new chief executive should also be an official who has the ability of planning Hong Kong's long-term development and unifying the governing team. "Hong Kong is a pluralistic society, and there are different voices within the SAR Government. Therefore, the chief executive's coordination and communication skills are very important to unite the strength of the whole team."

As Hong Kong is the one of the most open parts of China and a global financial hub, Li noted the leader of the city should own an international perspective who is able to use "world language" to tell Hong Kong's "One Country, Two Systems" story well.

What should be the new chief executive's priority work?

Above all, the new chief executive should deliver a good report on improving people's livelihood, Tian told CGTN, adding that through doing so, the new SAR government could unite the society and enhance its governance ability and governing credibility.

"It is important to let the relevant groups have a sense of fulfillment, and increase people's feeling of love, inclusion, respect and support," said Tian

Apart from restoring the economy and improving livelihood, Li stressed the new chief executive should balance the relationship between maintaining national security and promoting development while not skipping those long-standing knotty issues like land, housing and employment.

She added the new chief executive has to clear channels for upward social mobility and facilitate Hong Kong's integration into national development.

For Cheung, he highlighted that the new chief executive should focus on improving governance and housing, saying "if you can tackle the two issues, then the situation will certainly change."

He also said the new chief executive should pour energy into helping Hong Kong maintain its status of an international city.

Noting the HKSAR has long been the window of China, the expert believes Hong Kong, as an international city, can contribute more to the country's development.