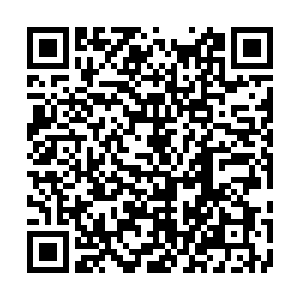 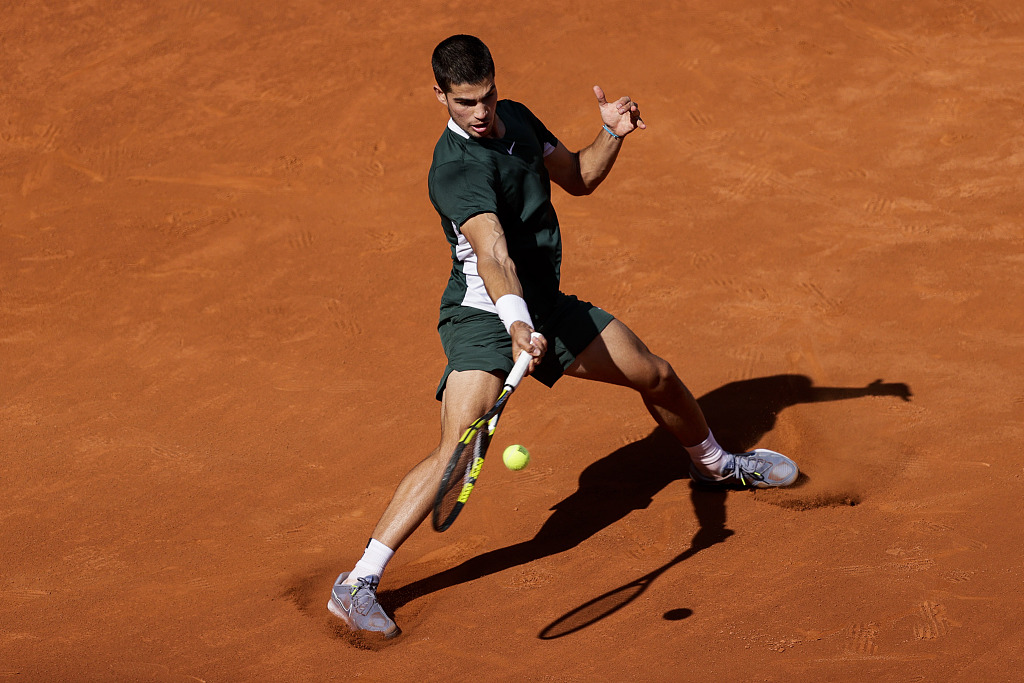 Carlos Alcaraz in action during the quarterfinal of ATP Madrid Open, May 6, 2022. /CFP

Carlos Alcaraz in action during the quarterfinal of ATP Madrid Open, May 6, 2022. /CFP

Just one day after his 19th birthday, Spaniard Carlos Alcaraz overcame an injury scare to defeat his countryman – king of clay Rafael Nadal 6-2, 1-6, 6-3 in his third ATP Masters 1000 level quarter-final in Madrid on Friday.

Alcaraz was ranked world No. 120 when he met Nadal for the first time in last year's Madrid Open, where the rising star suffered a 6-1, 6-2 one-side defeat in the second round. However, heading into Friday's quarterfinal, Alcaraz is the newest Top 10 player and a Masters 1000 title holder with a 25-3 tour-level record in the 2022 season. 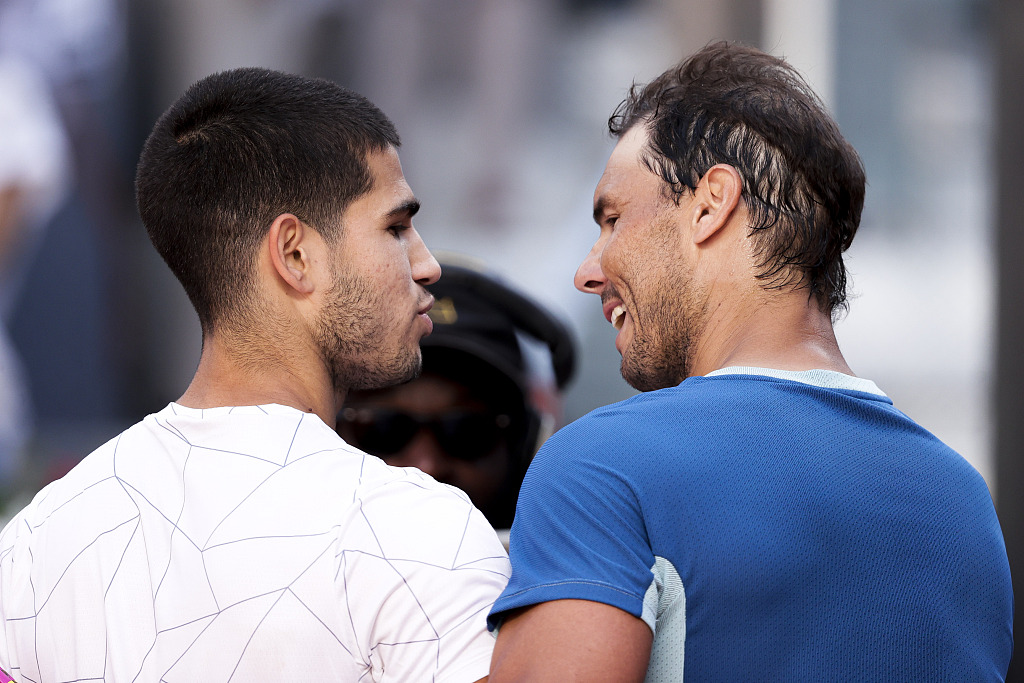 Alcaraz took control in the opening set, striking 19 winners to claim the opener 6-2 in Manolo Santana Stadium. However, the 19-year-old suffered an ankle injury during the third game of second set. The five-time champion held the chance to win 20 of the final 22 points and dominate the frame 6-1.

The 21-time grand slam champion chased a 12th semi-final appearance in Madrid, but his compatriot regained his early momentum to close out the contest 6-3.

With the victory, the 2021 Next Gen ATP Finals champion became the first teenager to defeat the King of Clay on the surface. The world No. 9 moved to his third Masters 1000 semi-final and claims a fifth straight win against Top 10 opponents.

The win also takes Alcaraz his first ATP Head2Head win against his countryman in his third try, and sets up a semi-final clash with another 'Big Three' member - World No. 1 Novak Djokovic, in the pair's maiden contest on tour.