Download
Chart of the day: She's more than a mother
By Zhao Hong 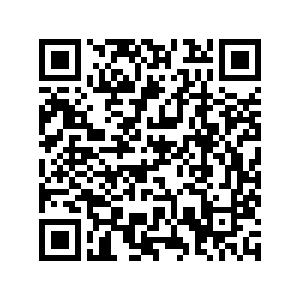 Zhu Zhu, a working mom with a three-year-old kid, squeezes in one hour before and another after work for her child. Spending 10 hours a day in the office, she is one of the many women who is trying to find a balance between breadwinning and caregiving. 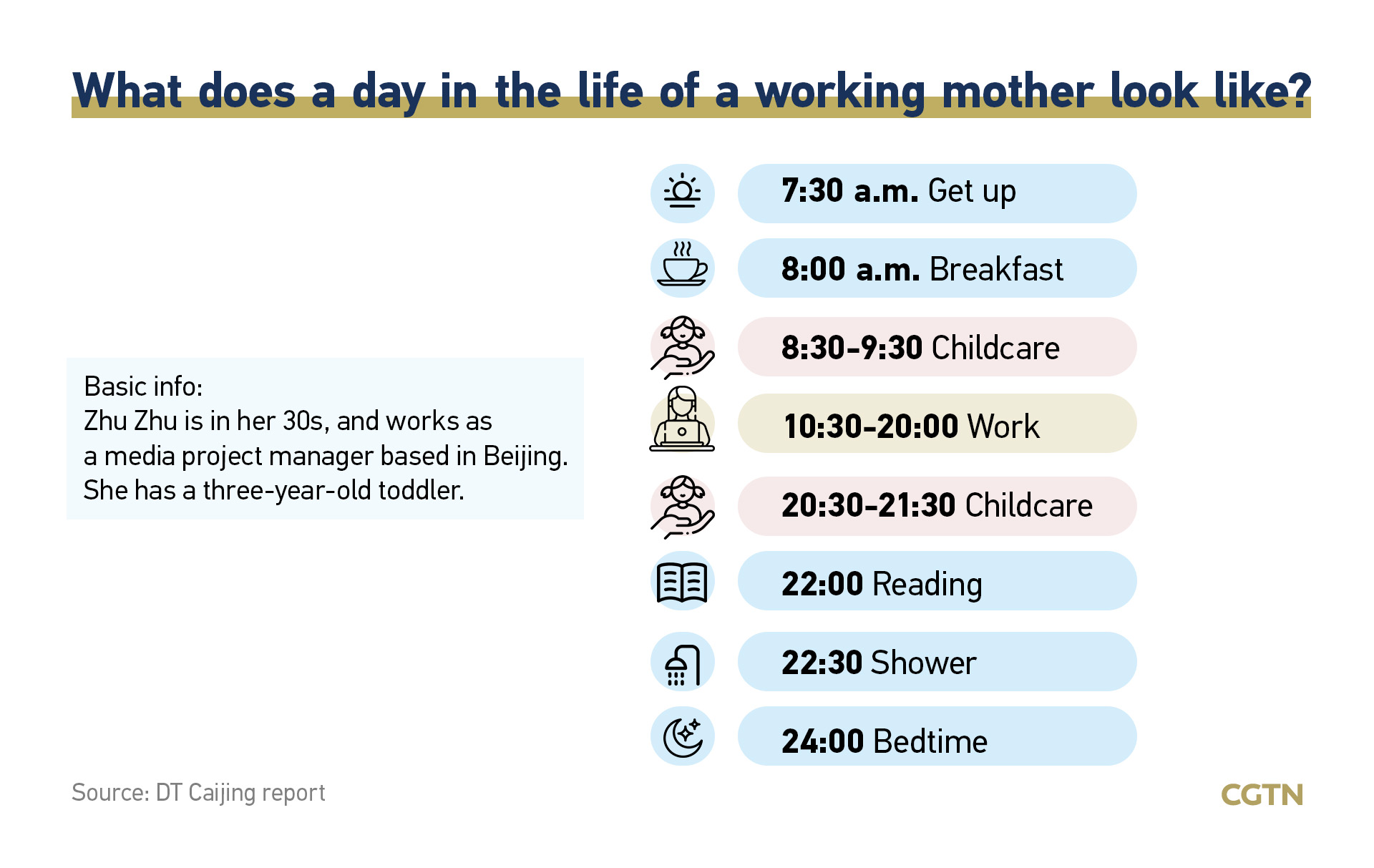 Most working mothers spend one to three hours per day with their kids, and about eight to 10 hours at work, according to a survey by 51job, a provider of human resource services in China.

For one thing, they have to work to support the family. Nearly half of working moms' income accounted for 10 to 30 percent of total household income and another one-third accounted for 30 to 50 percent. 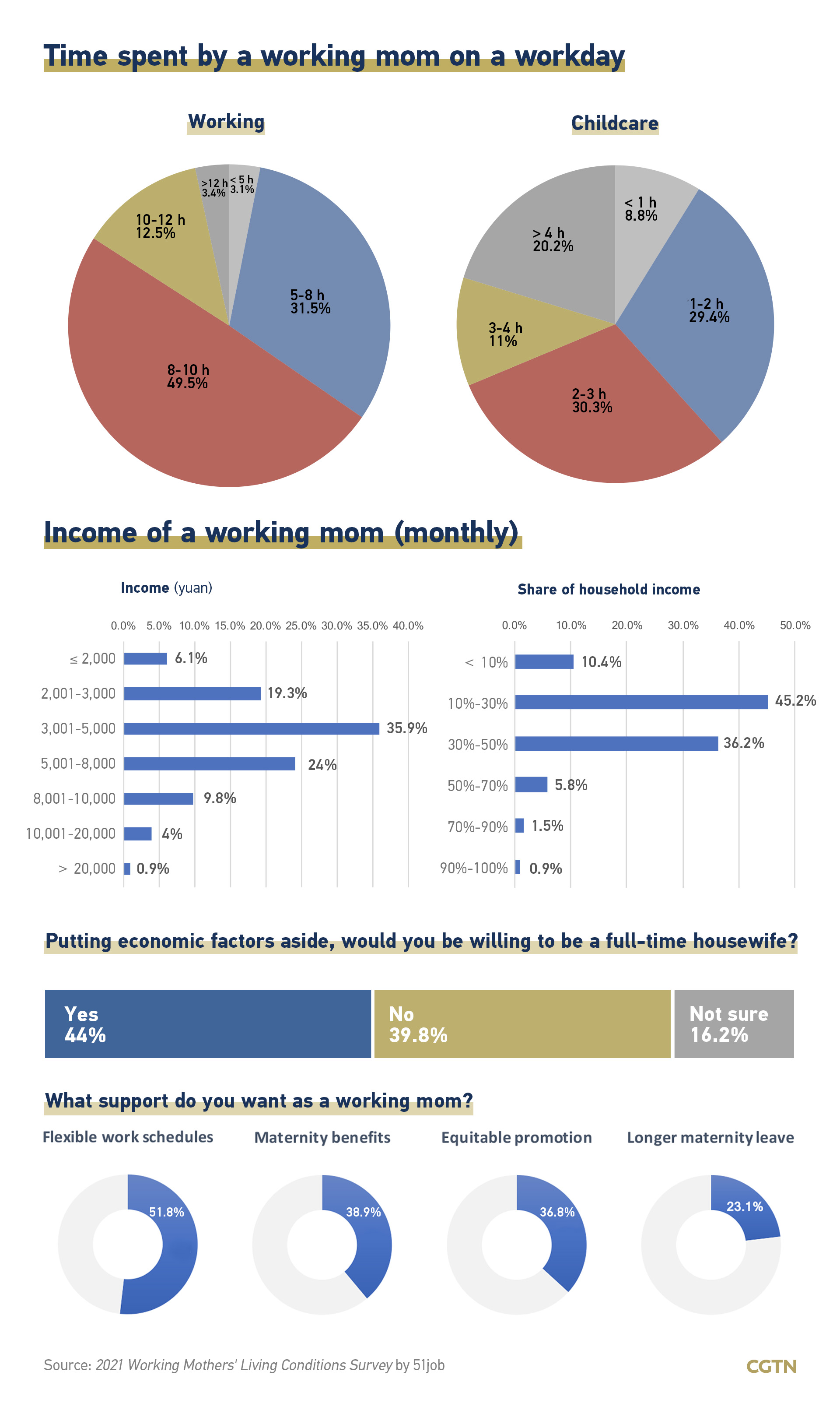 Besides the shared responsibility of family support, women in China also face traditional and cultural expectations of motherhood. The child-rearing burden is carried mostly by women.

When asked what support they wanted most, more than half of the respondents said flexible working hours, which provide them with more time to take care of the kids and also keep their work engagements.

Putting aside the purely financial reasons why a mother works, nearly 40 percent of the respondents said they prefer to have a job. They work for pay but also to find professional achievement and personal fulfillment.

­Talking about gender inequality in the workplace, over 30 percent of working mothers felt a barrier to getting promoted due to parental duty while that percentage for working fathers was 11.8 percent, according to a survey by Zhilian Recruitment, a Chinese online recruitment services provider. 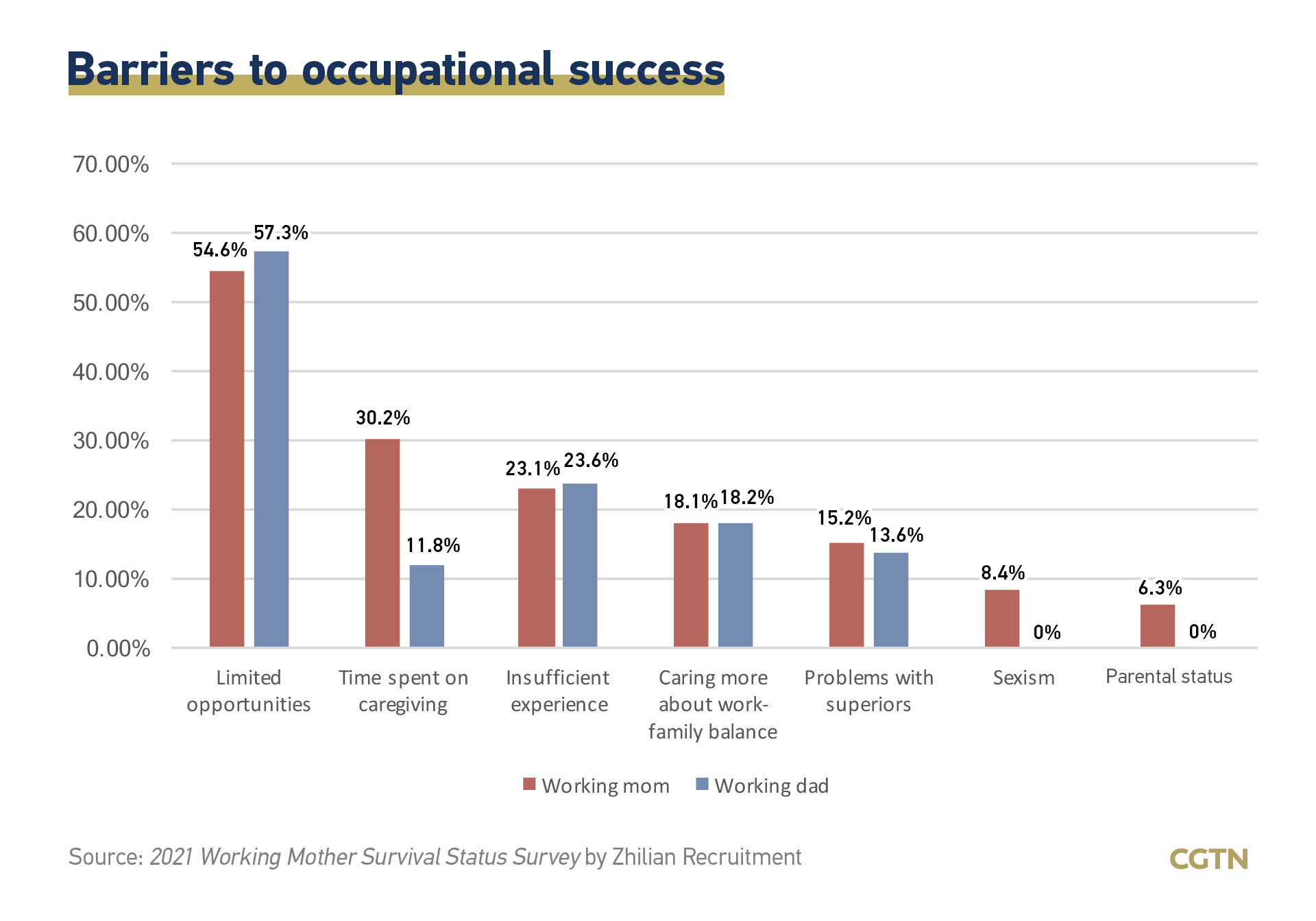 The second Sunday of May marks Mother's Day, a day to value the effort mothers devote to raising their children, too often at great personal sacrifice.

Since the introduction of the three-child policy last year in order to boost the fertility rate and improve population structure, China has launched supporting measures such as extending maternity leave, promoting inclusive childcare services and issuing maternity allowances to ease the burdens of child-rearing.

But there is still a long way to go for work-family support.

In a book titled "Making Motherhood Work: How Women Manage Careers and Caregiving" published in 2019, the author explored how middle-class working mothers manage careers and parenting in Sweden, Germany, Italy and the U.S. with different social policies and cultures. 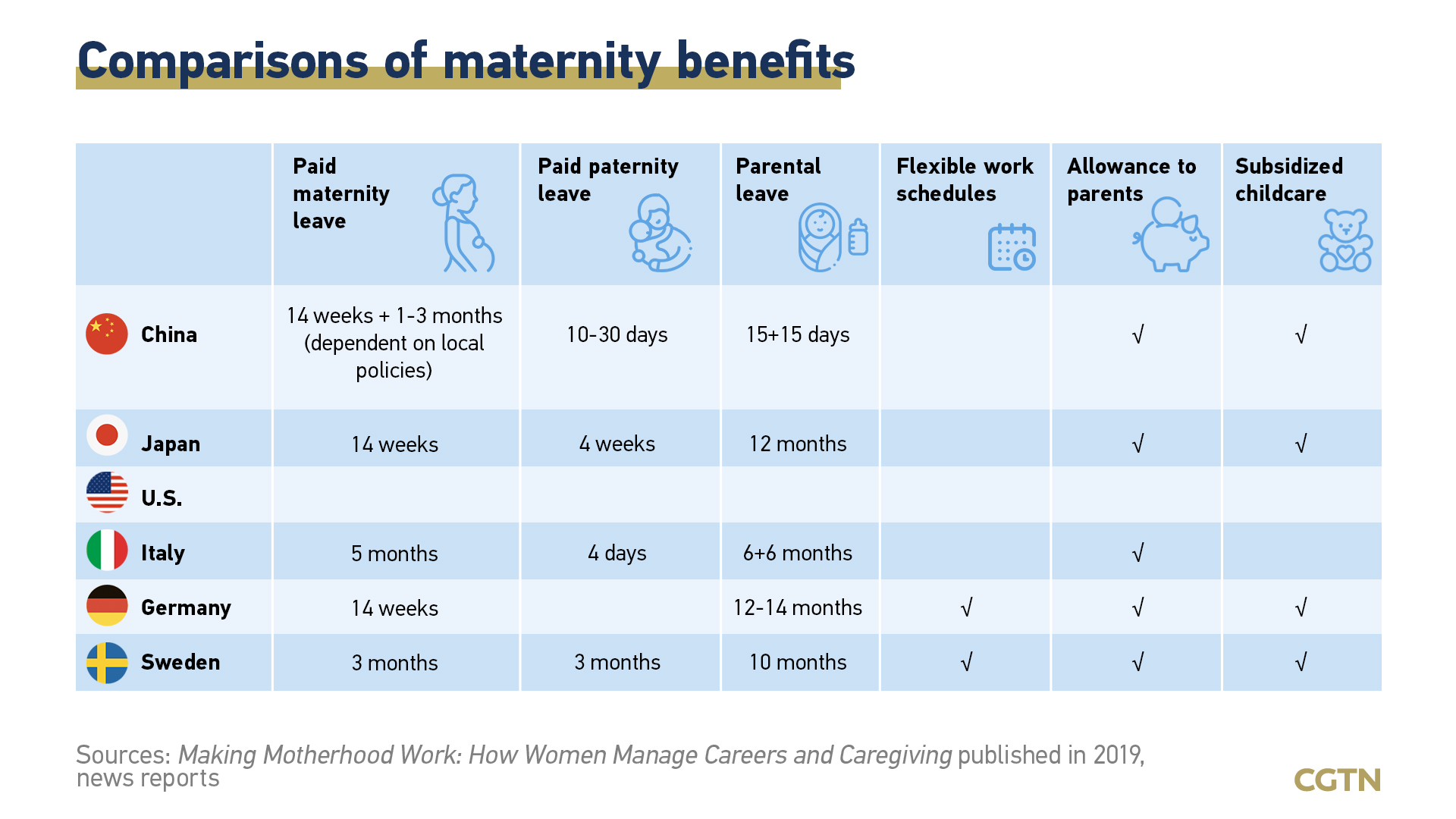 The book noted that alongside Papua New Guinea, the U.S. is one of the two countries on the planet without federally mandated paid maternity leave. It is the only industrialized nation with no minimum standard for vacation and sick days. Most U.S. companies don't offer any policies to support the caregiving responsibilities of their workers.

Among the countries compared, Sweden is the paragon. Women can have both successful careers and family lives thanks to its publicly subsidized daycare system and equivalent leave for fathers that can't be transferred.