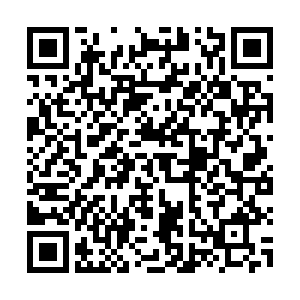 China's Hong Kong Special Administrative Region (HKSAR) will elect a new chief executive for a five-year term on Sunday. It will be the first chief executive election after improvements to the region's electoral system last year.

The election, scheduled originally for March 27, was postponed to May 8 due to the COVID-19 pandemic.

During the nomination period from April 3 to April 16, the returning officer for the election received one nomination form, submitted by John Lee Ka-chiu, 64, former chief secretary for administration of the HKSAR government.

In accordance with Annex I to the Basic Law of the HKSAR, the Candidate Eligibility Review Committee (CERC) is responsible for reviewing and confirming the eligibility of candidates for the office of the chief executive and membership of the Election Committee (EC).

The CERC, on April 18, published a notice in the Gazette to declare the nomination of Lee as valid.

According to the notice, Lee won 786 valid nominations from EC members.

The 1,500 members of the EC shall elect the chief executive-designate by secret ballot on a one-person-one-vote basis.

As an important part of the improvement to the electoral system, the EC membership has been expanded from 1,200 to 1,500, comprising members from the following five sectors: industrial, commercial and financial sectors; the professionals; grassroots, labor, religious and other sectors; Legislative Council members and representatives of district organizations; Hong Kong deputies to the National People's Congress (NPC), Hong Kong members of the National Committee of the Chinese People's Political Consultative Conference (CPPCC), and Hong Kong representatives of related national organizations.

With these new progressive members, the EC is more representative of the interests of people from all walks of life in Hong Kong. 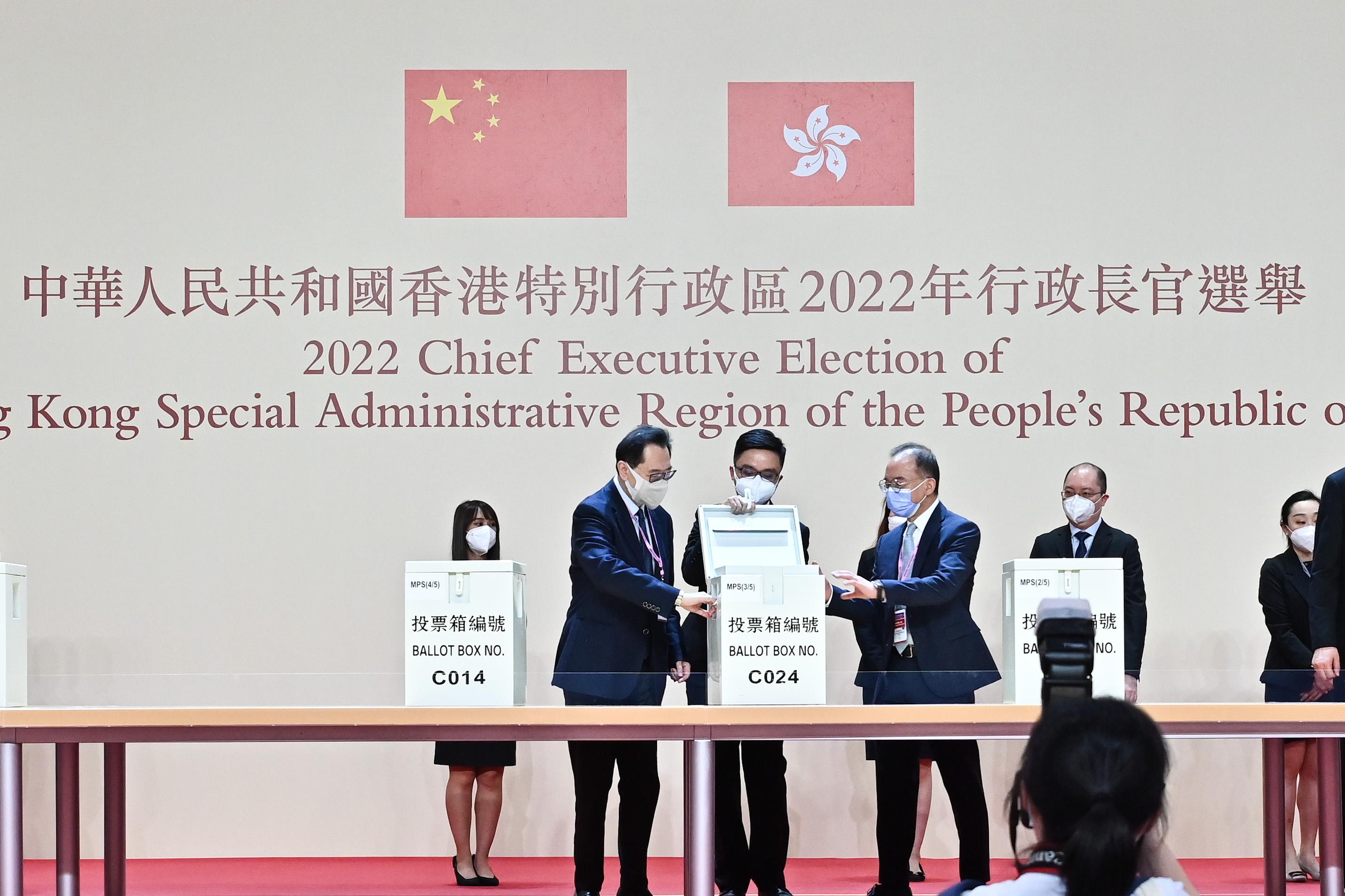 What happens on election day?

According to the Registration and Electoral Office (REO), EC members going to vote in the main polling station must bring their official Hong Kong identity card or other specified alternative documents. Staff will use the Electronic Poll Register system to issue ballot papers.

The REO will also set up a Penny's Bay Polling Station (PBPS) at the Penny's Bay Community Isolation Facility for EC members unable to cast their votes at the main polling station on the polling day due to isolation or quarantine measures.

As there is only one validly nominated candidate, EC members will choose between "support" or "not support" on the ballot. 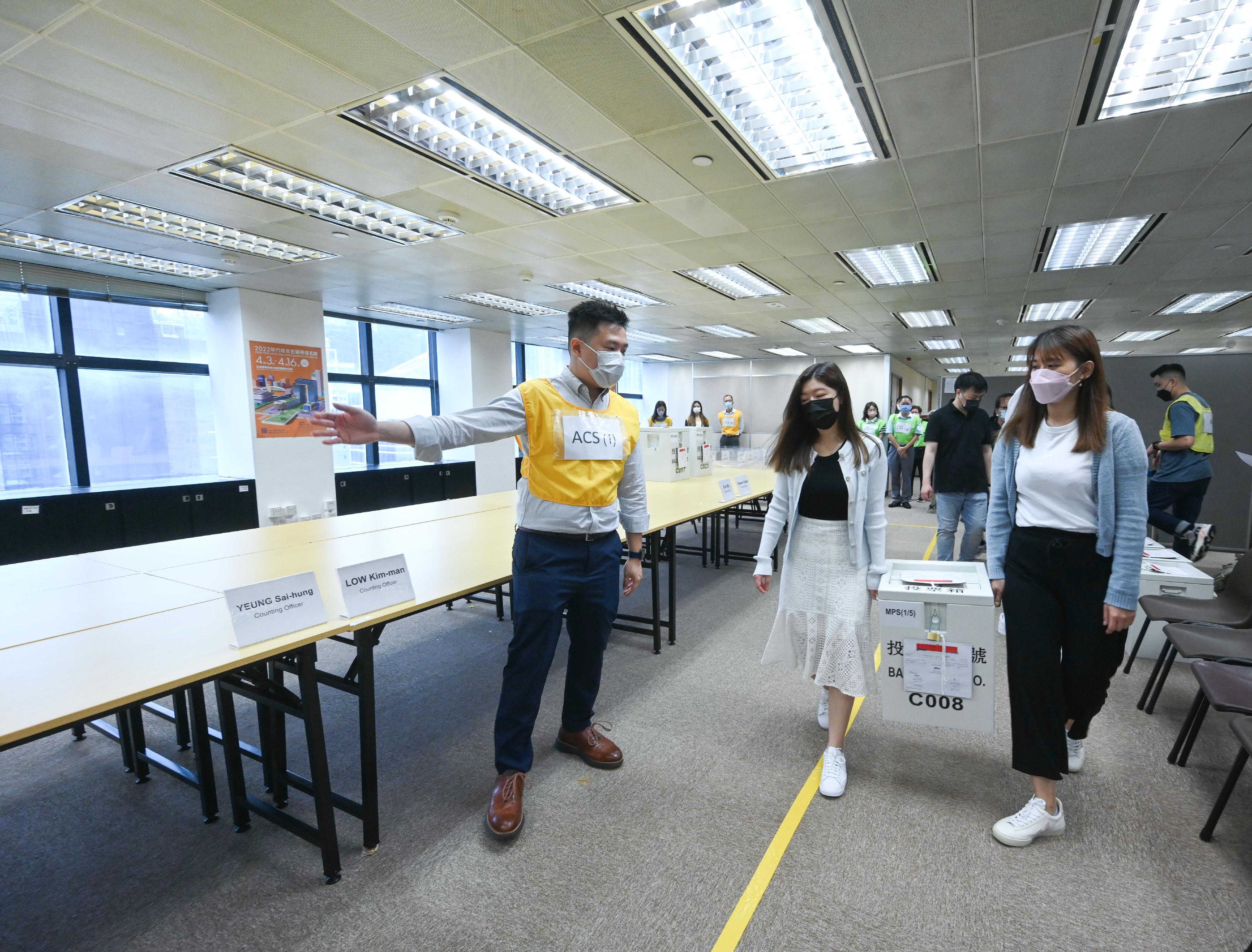 Electoral staff in a simulation of delivering a ballot box to the central counting station, HKSAR, China, April 27, 2022. /HKSAR government

Electoral staff in a simulation of delivering a ballot box to the central counting station, HKSAR, China, April 27, 2022. /HKSAR government

What happens after the election?

The chief executive-designate will be elected by a simple majority of the 1,500 members of the Election Committee.

The central government will appoint the winning candidate. After the appointment, the winner will take the oath of office on July 1 and become the sixth-term chief executive.