Download
On propaganda, U.S. should come down from its moral high horse
Stephen Ndegwa 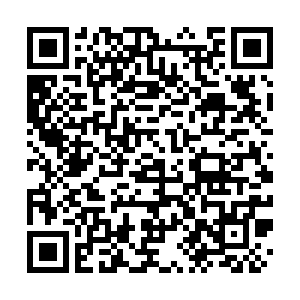 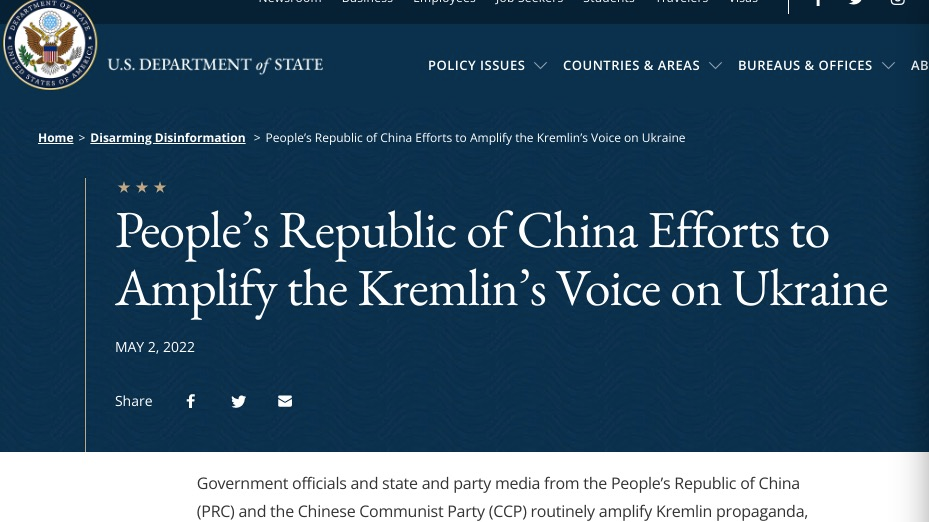 The U.S. Department of State's fake claims on China's stances on the Ukraine conflict. /Screenshot via state.gov

The U.S. Department of State's fake claims on China's stances on the Ukraine conflict. /Screenshot via state.gov

In a case of throwing stones in a glass house, the United States on Monday accused China of engaging in a disinformation and cover up campaign on the Russia-Ukraine conflict. The U.S. castigated its geopolitical nemesis of supporting Kremlin using both its State and media organs in a statement entitled, "People's Republic of China Efforts to Amplify the Kremlin's Voice on Ukraine."

The allegations are not out of Washington's character. Beijing has become a convenient scapegoat where the U.S. feels a sense of loss in the fast changing geopolitical matrix. The latest move is part of the U.S.'s attempt at drawing a wedge between China and Russia. But it is foolhardy to expect a parting of ways between the two close knit allies, I guess, like it would be to expect a forced division between the U.S. and the United Kingdom.

The tone of the U.S. statement was rather condescending - talking down to Beijing for "rationalizing Russia's military operation in Ukraine and undermining trust in the United States and its allies." It is akin to issuing a gag order barring Chinese media from offering the world alternative views. This is an affront to the freedom of expression which Washington asserts to uphold at all times.

Attempting to mobilize the rest of the world to demonize Russia without a full and proper hearing is injustice. The U.S. is trying to herd the international community to accept its one-sided narratives on both, the war and other global developments, which is an insult to the intelligence of those who know that the U.S. itself is usually the common denominator in many of these conflicts.

It is reverse psychology. By dissuading objectivity and accusing China of pro-Kremlin propaganda, the U.S. is trying to conceal its meddling by covert military intelligence and arms support to Ukraine, which is actually escalating the war. It is a case of seeing a splinter in another person's eye and leaving the log in your intact.

No one in his or her right senses would encourage escalation of the Russia-Ukraine conflict. Its ramifications are being felt the world over as commodity prices spiral due to disruption of supply chains. Consumer prices have also increased tremendously, obviously affecting the poor. Coming hot on the heels of the COVID-19 pandemic, the war will make global economic recovery daunting.

Now, does the U.S., in fact the West in general, have the moral authority to lecture anyone on the diabolical use of propaganda? According to a paper published by Samuel Smith of Tennessee University in May 2011 titled, "Examining Cultural Stereotypes Through Russian and American Voices," the scholar states that the U.S. is actually the master of this game. 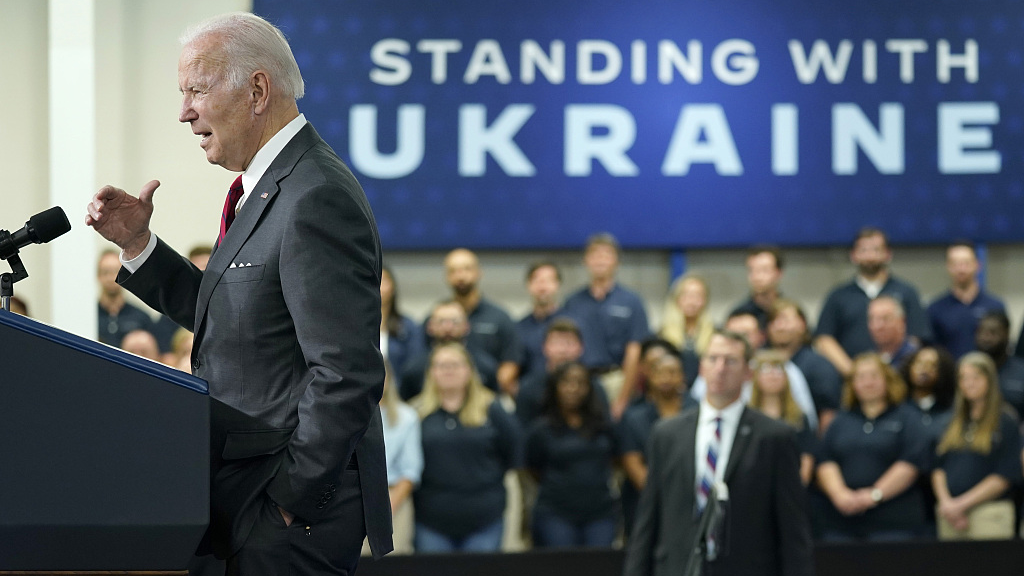 U.S. President Joe Biden speaks on security assistance to Ukraine during a visit to the Lockheed Martin Pike County Operations facility where they manufacture Javelin anti-tank missiles, in Troy, Alabama, May 3, 2022. /VCG

U.S. President Joe Biden speaks on security assistance to Ukraine during a visit to the Lockheed Martin Pike County Operations facility where they manufacture Javelin anti-tank missiles, in Troy, Alabama, May 3, 2022. /VCG

Samuel cites the creation of "Russophobia," which is the toxic anti-Russian sentiment through prejudice, fear or hatred against Russia, the Russians, and Russian culture. It is observed that this is the legacy of the Second World War when Russophobia was at its peak, when state-sponsored mistreatment and propaganda against Russians by some European countries was witnessed.

Going by past experience, the U.S. cannot really fool anyone anymore. Iraq is a classic example of how the hegemonic power has misused propaganda to give a dog a bad name and then proceed to kill it. Allegations of harboring weapons of mass destruction were debunked and exposed as an excuse to attack the country and kill its leader Saddam Hussein. It was an act motivated purely by avarice and vengeance.

There is the 2020 misinformation campaign surrounding the origins of the COVID-19 pandemic with wild allegations by former U.S. President Donald Trump that China was responsible for spreading the virus. Subsequent scientific inquiries even by the World Health Organization independent team of experts did not come up with evidence pointing to such a scenario.

The latest incident actually concerns the Russia-Ukraine conflict. The U.S. threw the first salvo by claiming China is complicit in what is happening since it was privy to Russia's plan to wage the war. Of course, nothing could be further from the truth. China has been steadfast in its appeal for peaceful and diplomatic negotiations between the two warring parties.

Propaganda, to one person, could be an undeniable truth, but it may not seem so to another. What the U.S. brands as disinformation is actually verifiable information, read, unpalatable truth. We have different backgrounds and world views depending on our political ideologies and philosophy of life. Therefore, the U.S. should empathize with others and respect different beliefs.