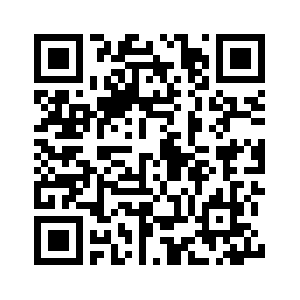 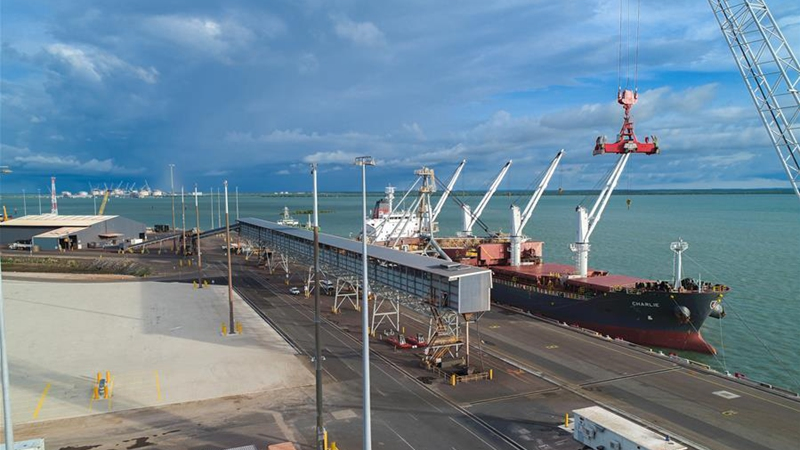 A view of Darwin Port's cargo wharf in Australia. /Xinhua

A view of Darwin Port's cargo wharf in Australia. /Xinhua

Much to the chagrin of security hawks in Australia, the leaked enquiry into a Chinese company lease of the northern port of Darwin did not identify any security concerns. The Department of Defense quietly concluded that there are no national security reasons for canceling the lease. Although the reasons haven't been made public, the decision appears to be a statement of confidence in Australian sovereignty.

Despite the new report being compiled by a panel of expert security and military personnel with a direct focus on security, their conclusion was unequivocal. It was anticipated by the security hawks and by some members of the government that the report would label the port lease a major security threat. Such a conclusion would have raised the prospect of a port buyback, or compulsory acquisition.

This would have been a handy conclusion to wield in the marginal Darwin seat which is up for grabs in the current election campaign. With the port access developments in the Solomon Islands, the Darwin port issue could have scored significant political points for a government keen to run a campaign around sovereign security.

The waters were muddied with Deputy Prime Minister Barnaby Joyce confirming AUD$1.5 billion ($1.1 billion) for a second port in Darwin located in Middle Arm and opposite the existing port. The government had quietly announced in the April budget it would spend $1.1 billion to develop port facilities in a different section of Darwin harbor after a Defense Department review found there were no security grounds to terminate Chinese company Landbridge's lease of the Port of Darwin. 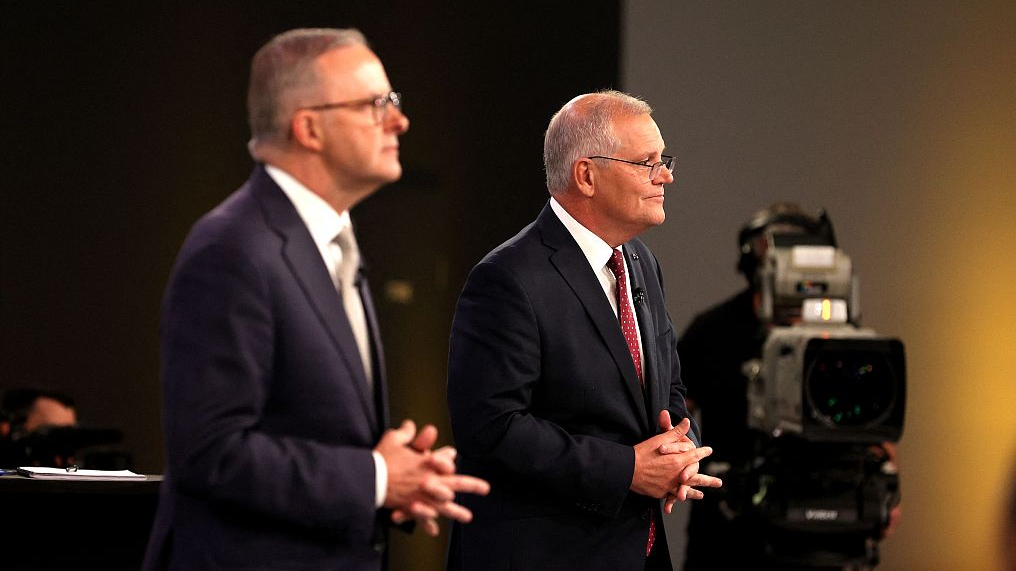 Australian Prime Minister Scott Morrison (R) and the leader of the opposition, Anthony Albanese, attend the first leaders' debate of the 2022 federal election campaign at the Gabba in Brisbane, Australia, April 20, 2022. /VCG

Australian Prime Minister Scott Morrison (R) and the leader of the opposition, Anthony Albanese, attend the first leaders' debate of the 2022 federal election campaign at the Gabba in Brisbane, Australia, April 20, 2022. /VCG

Analysts picked apart this announcement using a security lens. It was suggested that the new port facilities would have a strong military purpose and replace the current defense force use of the Chinese leased port on the opposite side of the harbor. Visiting Darwin, the deputy prime minister was shy on any confirmation, and with a nudge and wink, let the speculations run.

Darwin, in Australia's Northern Territory is a remote part of the country, further from Canberra and Sydney than it is from Jakarta. It's almost a foreign land, so Sydney-based commentators miss the local context.

When COVID-19 struck, the Northern Territory government developed an ambitious plan to become an AUD$40 billion ($20 billion) economy by 2030. A major part of the plan is built around further development of the LNG gas processing facility operated by Japan's Inpex.

Advised by former Dow Chemical boss, Andrew Liveris, the Territory Economic Reconstruction Commission's final report looked at ways to commercialize the by-products of the gas facility to produce, amongst other things, a range of hazardous chemical materials as a downstream industrial manufacturing opportunity.

On balance it is a more effective solution to build a new port in Middle Arm and it's more likely that this lies behind the recent AUD$1.5 billion ($1.1 billion) funding announcement.

Of course, some defense ships may end up using the new port, but that is unlikely to be its primary purpose. It's most likely that the existing Chinese leased port will continue as the primary port for defense use in the growing number of deployments, rotations and joint training exercises that are also part of the Northern Territory government's plan for economic development. The existing port infrastructure already includes extensive secure hard-stand areas for storage of equipment and materiel.

We still do not know the exact reasons that the yet-to-be formally released security review has for concluding that the Darwin port lease poses no security threat. However, there are several factors which may contribute to this conclusion.

A first factor may be that the senior port management includes a 20-year Australian Navy veteran. There is more than 50 years of Australian navy experience included in the hands-in port management team that supervises day-to-day port operations. It's a factor that provides reassurance to visiting senior U.S. congressmen and other U.S. defense personnel.

A second factor may be the degree of co-operation afforded to defense forces' use of the port. It is the only port in Australia that allows military helicopters to be unloaded directly onto the wharf, prepped, and then to take-off from the wharf for the short flight to the Royal Australian Air Force (RAAF) base and civilian airport five kilometers away. The glossy Port of Darwin annual report includes photos of this unique port and defense cooperation.

Darwin port management and Landbridge's former Australian CEO, Mike Hughes, have consistently stated that the Darwin port lease is a commercial operation with commercial objectives. The leaked conclusions of the most recently commissioned security review would seem to support that assertion.

The future of the Chinese leased port of Darwin will remain a game of ports and crosses no matter who forms the government following the May 21 election. Lost in the desire to appear tough on China is the economic opportunity for the Northern Territory to fully upgrade the final Northern link with Southern States in Australia.