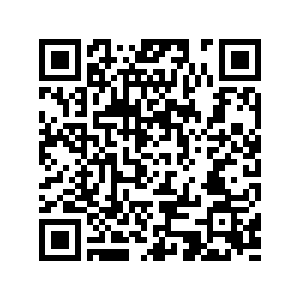 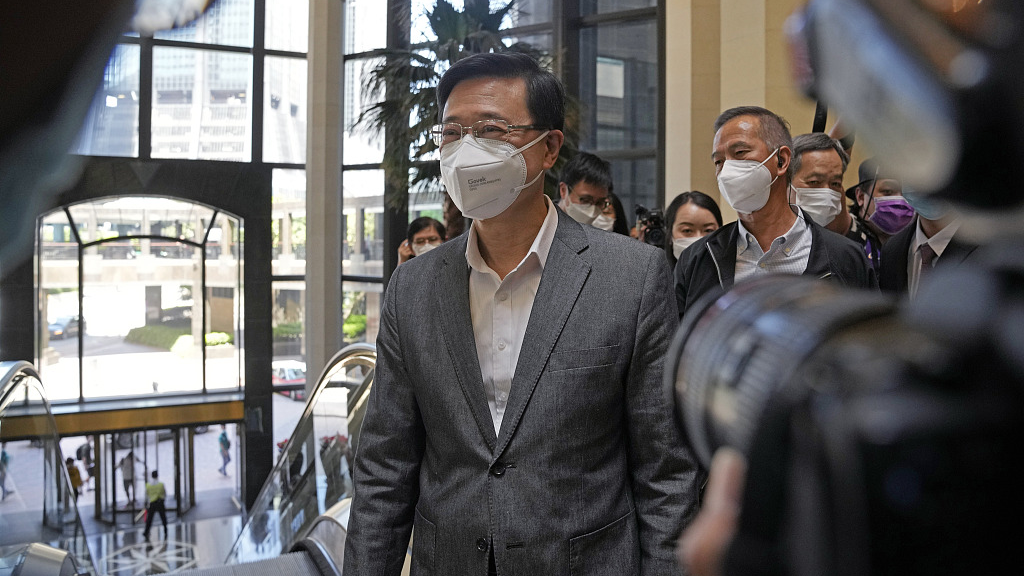 John Lee Ka Chiu arrives at an office building where he has temporary office in preparation for running for the sixth election for Chief Executive in China's Hong Kong Special Administrative Region, April 8, 2022. /VCG

John Lee Ka Chiu arrives at an office building where he has temporary office in preparation for running for the sixth election for Chief Executive in China's Hong Kong Special Administrative Region, April 8, 2022. /VCG

Editor's note: Li Huan is a researcher at the Institute of Hong Kong and Macao Studies of China Institutes of Contemporary International Relations. The article reflects the author's opinions and not necessarily those of CGTN.

On May 8, China's Hong Kong Special Administrative Region (HKSAR) held its sixth-term chief executive election, in which the former Chief Secretary for Administration John Lee Ka Chiu was the winner. However, people wonder if John Lee and his team can make a better five-year for Hong Kong, if the city can play a better role in the country and the world.

As we know, this CE election is important for Hong Kong, because it's not only an election on 25th anniversary of the establishment of the HKSAR, but also an election after the implementation of the Hong Kong National Security Law (HKNSL) and the improvement of the region's electoral system.

Besides John Lee, there were four Chief Executives in the history of the HKSAR, of which each had his/her honeymoon since taking office. Five years ago, there was a honeymoon period of six months when Carrie Lam was elected.

However, I'm afraid there won't be any honeymoon period for John Lee. He and his team must devote themselves to working immediately.

Ten years ago, I wrote a commentary when Leung Chun-ying was elected, faced with three crucial questions — politics, poverty and people. Ten years have passed. How has the local government dealt with the "3Ps?" Of course, now politics may not be a problem considering the HKNSL and reformed electoral system, emphasizing patriots administrating Hong Kong.

However, how can the region improve its poverty situation and make its people more satisfied?

In the past three years, because of the social unrest and COVID-19 pandemic, many people in Hong Kong felt exhausted and worried about the future of the city, especially its economy. Although the financial service industry, one of the pillar industries of Hong Kong, has not been affected due to its particularity, the other three of the four major industries, including tourism, trade and logistics, as well as professional services and other producer services, have been more or less affected in the face of the deteriorating peripheral environment and the continuous game between China and the U.S. Therefore, the new CE and his team need to take these into consideration and plan before taking office.

First of all, we should pay more attention to economic recovery. The pandemic is affecting the economies of many countries and regions around the world. Recently, the International Monetary Fund (IMF) announced a new world economic outlook, the economic growth is expected to reduce 0.8 percent to 3.6 percent this year, and lower 0.2 percent to 3.6 percent in the next year, mainly because of the conflict between Russia and Ukraine since the end of February, and the sanctions against Russia.

Global economic expectations are highly uncertain with downside risks. Hong Kong's economy was affected by the fifth wave of the epidemic in the first quarter of 2022 with its unemployment rate rising to 5.0 percent in this period from 4.5 percent between December 2021 and February 2022. At present, the epidemic is nearly under control in Hong Kong, where social distance and other preventive measures have been greatly relaxed. Hence, currently the most important thing is to recover the economy. 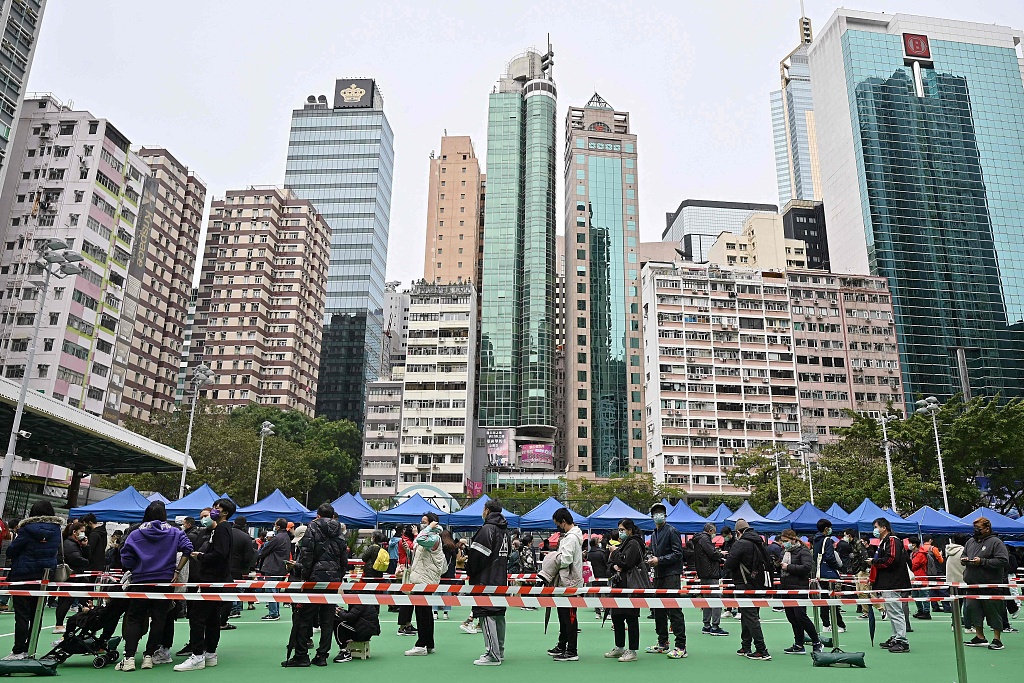 It is also important to balance safeguarding national security. John Lee in April said that the legislation of Hong Kong Basic Law Article 23 would be "one of the priorities" after his election, so he will fulfill this constitutional responsibility as soon as possible.

The current legislative environment of Article 23 is quite different from that in 2002 and 2003. After the enactment of the HKNSL, the local government needs to consult the public on how to legislate the Article 23, how to connect the specific provisions with the HKNSL, and how to weave a legal net to safeguard national security together with the HKNSL. The purpose of safeguarding security is to achieve better development. On the basis of safeguarding national security, Hong Kong needs to take more forceful measures for development.

In addition, Hong Kong is still facing perennial problem of housing shortages. And in the process of integrating into Motherland's overall development, especially of the Greater Bay Area, Hong Kong and the Chinese mainland still have many obstacles to overcome, including laws and regulations, systems and mechanisms, and even lifestyles.

At this important moment - the 25th anniversary, it is necessary for the new SAR government team to fulfill its duties with great enthusiasm, resolve people's concerns, and conscientiously implement the principle of "one country, two systems."