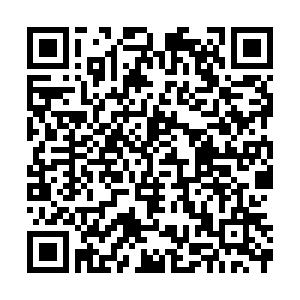 The Liaison Office of the Central People's Government in the Hong Kong Special Administrative Region (HKSAR) and the Hong Kong and Macao Affairs Office of the State Council on Sunday congratulated John Lee for winning the sixth-term chief executive election in China's HKSAR.

The Hong Kong and Macao Affairs Office of China's State Council on Sunday said Hong Kong has taken a fresh look with a new electoral system and is poised for a brighter future at a new starting point.

The office expressed the view in a statement released after John Lee won the election with an overwhelming majority of votes, and extended congratulations to Lee on his victory.

It has been proved by solid facts that the new system is a good one that follows the "One Country, Two Systems" principle and is suited to Hong Kong's realities, the office said.

Facts will also prove that the incoming chief executive will lead the new HKSAR government team and people from all sectors of society to stay united and strive for new prospects of good governance in Hong Kong at a new starting point, it added.

'A concentrated reflection of public opinion'

The Liaison Office of the Central People's Government in the HKSAR said on Sunday that the election was another successful practice for developing democracy with Hong Kong characteristics.

This is not only the solemn choice of the Election Committee, but also a concentrated reflection of public opinion, the office added.

Noting that the past five years have been an important period for the HKSAR to implement the principle of "One Country, Two Systems," the office pointed out that Chief Executive Carrie Lam has calmly faced waves of COVID-19 and adverse changes in the external environment, resolutely implemented the Law on Safeguarding National Security in Hong Kong and ended violence and chaos in accordance with the law, which laid a solid foundation to the future development of Hong Kong and the work of the new SAR government.

"This year marks the 25th anniversary of Hong Kong's return to the motherland. We believe that Mr. Lee will lead the HKSAR government and all sectors of society in fully and faithfully implementing the principle of 'One Country, Two Systems,' open a new chapter in Hong Kong's governance and prosperity," the office said.