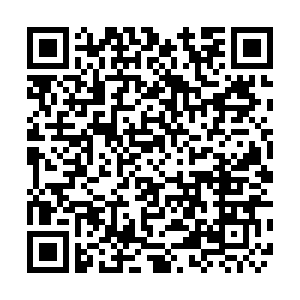 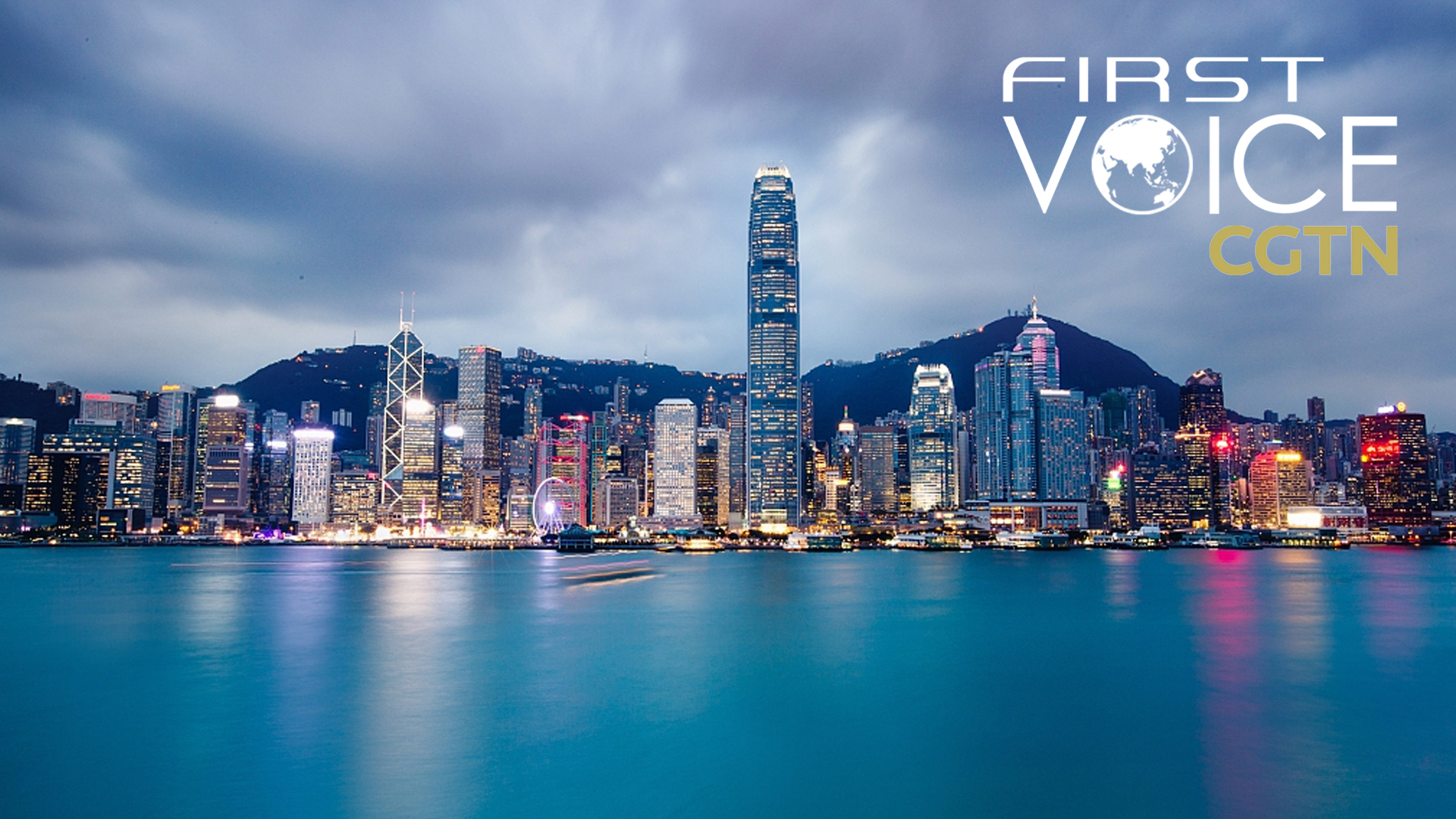 The chief executive election of China's Hong Kong Special Administrative Region (HKSAR) has ended. The former chief secretary for administration of the HKSAR government John Lee has won. And now it's time to get to work.

Hong Kong has had a very tough few years. It saw violent rioters tearing through the city, damaging public and private property, and the death of innocent citizens. It experienced one of the most severe infiltrations by foreign powers, with Western officials blatantly supporting the rioters, intelligence services providing training to them and the city's political process being hampered by people with foreign backing. And it has one of the most severe COVID-19 outbreaks in China, with over 330,000 people infected and more than 9,000 deaths. The unemployment rate has shot through the roof.

The HKSAR government and China's central government have made numerous attempts to salvage the situation. New electoral laws were put in place; a national security law was enacted; an emergency hospital was built to combat the pandemic. And according to the 14th Five-Year Plan, the central government will support Hong Kong in creating greater competitive advantages and more favorable policies for the residents.

The upheaval over the past years has shown that "One Country, Two Systems" works only when "One Country" takes precedence. Unlike what many Western politicians and media have propagated, HKSAR can't achieve political stability or economic prosperity when it drifts away from the Chinese mainland. Many want Hong Kong to be a part of China in name only. It's a fantasy that's neither politically feasible or economically sound. 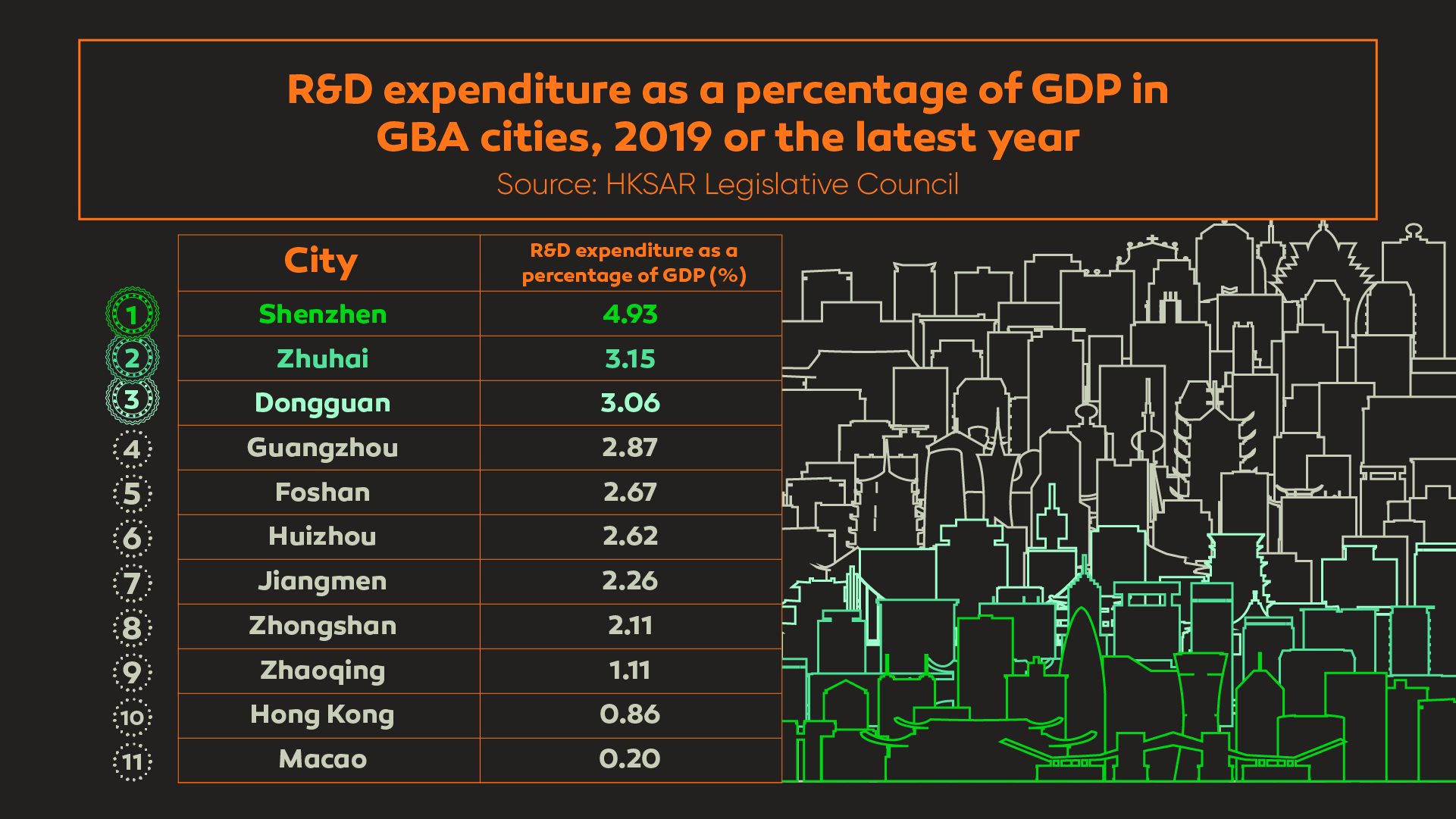 R&G expenditure as a percentage of GDP in Greater Bay Area (GBA) cities, 2019 or the latest year. /CGTN

R&G expenditure as a percentage of GDP in Greater Bay Area (GBA) cities, 2019 or the latest year. /CGTN

Chief Executive Carrie Lam said once, "you will see economic integration and development as a gradual and ongoing effort." Greater integration with the Chinese mainland should be the priority for Hong Kong in the future. As China's economic growth continues to lead the world in recovery from COVID-19, Hong Kong's economic position in China has shifted. Even in the Greater Bay Area, Hong Kong has fallen into third place on GDP ranking, surpassed by Shenzhen and Guangzhou. And according to data from the HKSAR's Legislative Council, Hong Kong is lagging behind other cities in the area in R&D in local economies. Connecting with the Chinese mainland more, especially in the Greater Bay Area, is crucial for Hong Kong to keep its economic development while transitioning into a knowledge-based economy.

As for politics, the relationship between the HKSAR government and China's central government has to be tightened. It's been clear that, for anyone that seeks to undermine China's sovereignty and national security, Hong Kong was the primary target in which they could take advantage of the loopholes in the system and exercise influence. By tapping into the deficiencies in the security and electoral apparatus, foreign powers had fomented chaos and disrupt the governance of the region. Never again could China allow things like that to happen.

"One Country, Two Systems" has survived the onslaught of the past several years. With the new political mandate, it's up to the new HKSAR administration under John Lee's leadership to protect, defend and perfect the system for the welfare of Hong Kong's residents. It'll be a long and hard road; detractors will keep trying to undermine the efforts. It's time to get to work.