Download
Many forms of motherhood in modern-day China
Wang Xiaonan 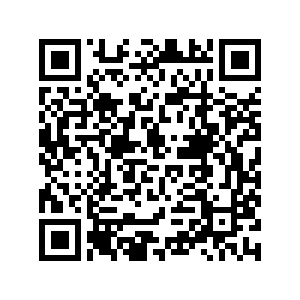 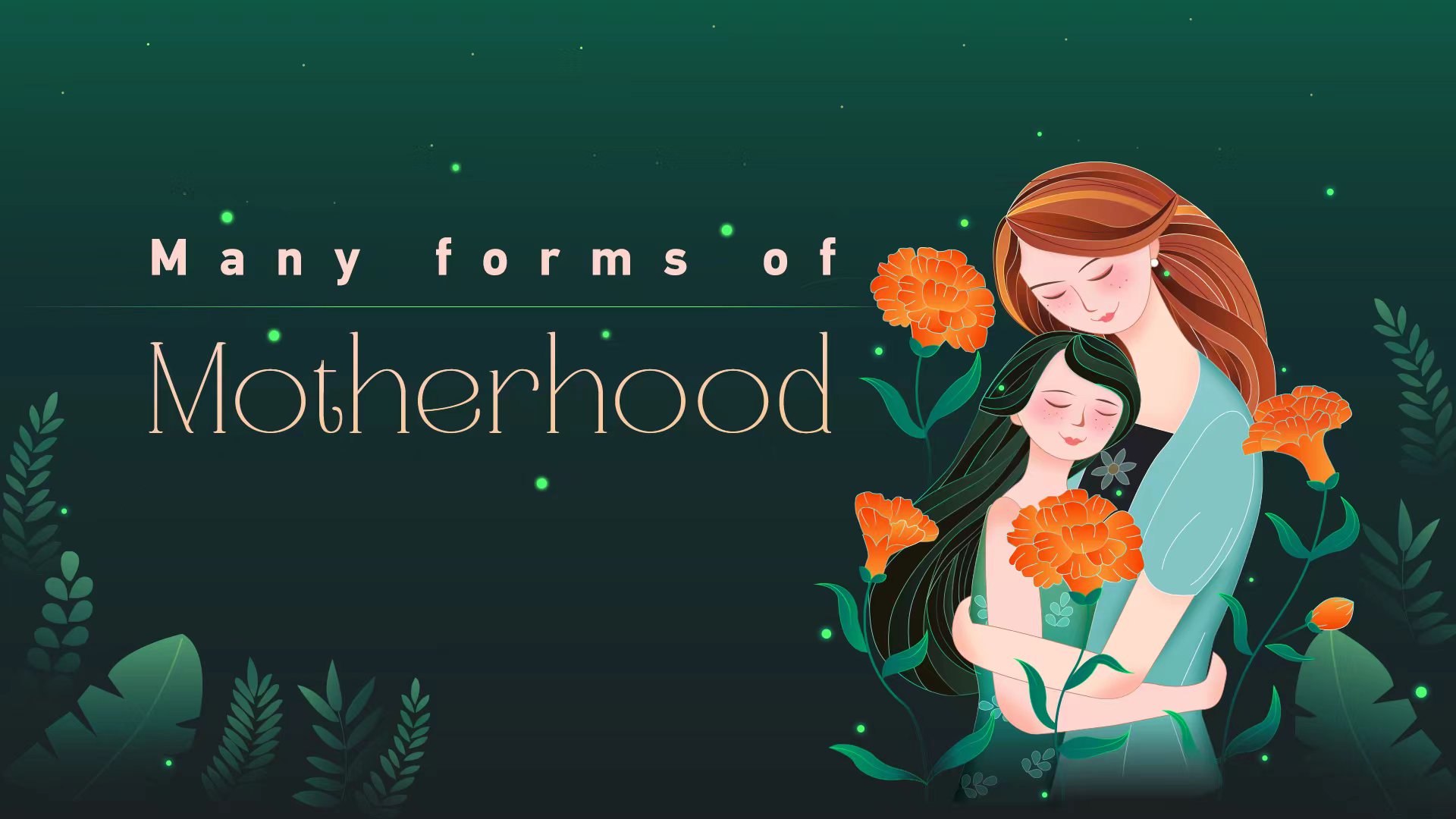 Motherhood is a thing most women can't or won't escape. The first day of becoming a mother involves changes in every way, at the heart of which is an identity shift. In modern Chinese society, where the drive for gender equality contributes to more palpable changes than ever before and empowers women with bountiful choices, being a mother could mean anything. It could be a permanent body image change, a goodbye to a carefree youth, a work-life rebalance or a feeling of loss of self-worth. It also could be a reconnection to happiness or reconciliation with an unruly inner self.

In honor of Mother's Day, we'd like to look at how motherhood in China has transformed or is transforming the lives of four women of various ages and backgrounds.

Though becoming mothers changes every fabric of their lives, they pride themselves on forming rather rich, though intricate, relationships with their children. To them, parenting is, in a way, growing together with their children and parting with the old-fashioned authoritarian style of their own parents.

Wang Hui, retired teacher and a mother for 34 years

I have a daughter and a son. I've seldom taught my daughter how to cook, sew or clean the house, as I don't want her to live my life.

In 1964, I was born to a rural family in northern Hebei Province, the third among six girls. Having no boy in the family has been a lifelong grievance of our father, who was brought up believing that boys are better than girls in a poor, patriarchal village where men were peasants and women housewives.

Working the land, grinding flour and driving the cattle to plow the field filled our daily life and so were scolding and even beatings from our father whenever he was not satisfied. Our father had a very bad temper. I remember one Sunday morning when we were brushing our hair in front of the mirror after getting up a bit late, he darted in and smashed all the mirrors. From then on, not a single mirror could be seen in our home.

Our mother knew deeply the importance of literacy and independence. She once got a job at a textile factory in the city, which our father scuttled. Thanks to her insistence, my sisters and I attended school with borrowed money. We studied very hard, and all of us at least graduated from high school, with my younger sisters going on to college. (In the 80s, getting into university was hard for rural students.)

I became a teacher, got married and had a girl. I decided to give her a sweet home and never let her suffer the inequalities my sisters and I had. I gave her the nickname "Pearl."

However, it was difficult. My husband and his family also preferred boys to girls, so I was the only one to look after Pearl. I once took the then five-month-old toddler to my workplace, putting her on the podium while giving class. My father-in-law once warned me that he'd make his son divorce me if I didn't try for a second child. I succumbed. A boy came when Pearl was seven.

"As a teacher, I believe my obligation lies more in fostering all boys and girls as persons with a free mind and happiness."
-  - Wang Hui

I lavished lots of love on Pearl. She was the first girl in the village to study in the city for middle school, which cost a small fortune for rural kids. My decision seemed to have set the trend – many villagers came to ask why I sent my daughter to receive an education "too good" for girls.

In the early years of my teaching career, I often heard parents say, "It's enough as long as my daughter knows how to read. There's no need for her to learn much since she'll become a man's wife and a daughter-in-law of another family after all."

As time rolled on, parents started trying to offer better access to education for their daughters. Over the years, my husband has also changed but still prefers his boy.

He gave Pearl the old rural house while her brother got our new apartment in town. I couldn't blame him because the heir remains the son in the village.  I secretly bought Pearl an apartment home outside Beijing, as I wanted her to feel like she was being treated equally in the family.

Li Yuyu, white-collar worker and a mother for 21 months

I'd been a carefree person until I had a baby at 30. I no longer make every decision without considering its impact on my son, as I'm the whole world to him.

I gave birth to my son in September 2020 amid the pandemic. No one I knew had their babies during such a time, and hence I was nervous. It took me longer than usual to get pregnant. I tried many medications and therapies and ultimately found myself pregnant two years into my marriage. Surprised and thrilled, I took the greatest care of the little fetus.

My baby came a week earlier than my due date. A COVID-19 nucleic test. Negative. Check-in. Delivery. It was smooth. But difficulties came afterward. To prevent possible coronavirus infection, families were not allowed into the ward; instead, a nurse was assigned to look after each patient. The first three days postpartum were tough for me because a lot had changed now that a child had arrived, and I needed my family beside me.

The baby changed me drastically. I'd feel guilty for doing overtime. I'd be constantly worried. I once wondered whether he had autism because he had few facial expressions in his first three months and whether he was dumb because he's a late speaker. I cared a lot about each and every detail – whether to wake him up to feed him, whether his poop looked greenish, whether or not to give him calcium in time.

I nursed high hopes for him, even thinking about which kindergarten he should attend when he was barely months old. I became jittery, sensitive and fragile. I quarreled with my mother, my mother-in-law and those who helped me.

As he grew bigger day by day, I found my expectations for him dwindling – I only want him to grow up happily in a loving, peaceful family. My parents were divorced, and my mother pinned high hopes on me. Her strict parenting made me feel suffocated from time to time. Now I'm trying a different approach to raising my son.

Gloria Xu, senior executive and a mother of 14 years

I'd sometimes be swamped with 10 meetings on a typical workday and only have time for one meal. Nonetheless, ricocheting between life and work isn't much of a bother for me. Both my husband and I work, but we've managed to cooperate on childrearing. For instance, he's very meticulous, so he usually goes to parent-teacher meetings while I'm adept at making long-term plans and managing emotions. When he's doing the laundry, I'd cook.

I became a mother at the age of 35 – a latecomer to motherhood by the traditional standard. But I was not anxious back then as I always wore an attitude of "letting it be," which has also stayed with me through my years of parenting, though for a time, I worried whether she had developed depression when she looked unhappy.

I'd tell her to do her homework by herself and talk to her teachers if she comes across a problem. Once, during the first class of an afterschool math program, my husband and I sat behind the little ones listening to the teacher like the other parents did. After class, our girl came up to us for help with her homework. At the time, we thought such advanced mathematics might be too hard for her and that perhaps we should call it quits after a few classes. However, when we stopped attending the classes with her, she started getting in her element. Later, we learned that she realized she could only rely on herself when we were not there. So it's important to foster in children the habit of taking responsibility for their own actions.

Moreover, trust is a must. My daughter loves playing online games – she's actually a good player. I used to worry that she might get too addicted to internet gaming, but I still chose to give her some freedom, something like, "You can play a while after you get an A in class." It turned out that she's learned to control herself.

"I work hard because I believe a strong, independent mother will be a role model for my daughter."
-  - Gloria Xu

Mothers play an important role in raising children. No matter how busy I am, I'd stay with her every weekend, filling our family time with various activities. Respecting my girl's individuality, making plans in advance based on that, and giving trust and moderate supervision are my way of mothering. On top of that, I believe being a self-sufficient mother could play a positive role in her future.

Lin Yi, professor and a mother of 22 years

I've been enjoying the everyday bittersweet banalities I had with my daughter – the most important person in my life.

American writer Sarah Josepha Hale said, "No influence is so powerful as that of the mother." I can't agree more. Mother is the one that provides the most psychological security for a child.

I myself have a tiger mom. During my childhood, I lived with my mother's bashing and reproaching – in the manner of old-fashioned negative reinforcement education adopted by many Chinese parents. Even though I was a straight-A student, even though I got a first-class scholarship in university, even though I went into postdoctoral studies, she never praised me. That's why I've been feeling inferior all my life. I was eager to gain my mother's recognition in my first 20-odd years and that of my husband after I got married. A life like that was agonizing, so I decided to give my daughter courage and power as she grew up.

I wouldn't blame her when she failed to finish her homework on time. I taught her how to confront school bullies without hurting herself. I spent a week teaching her proper fractions when her new math teacher asked her to repeat a grade because she didn't learn fractions in her former primary school.

Her head teacher in junior high once told me, "Your daughter is just an ordinary student, so don't expect too much from her." I didn't refute the assertion. I just told her, "You can do it." Three years later, she got into a magnet high school.

"My relationship with my daughter is the most powerful one there is in my life."
-  – Lin Yi

But a crisis, one I'd been dreading, finally happened. I got a divorce when she was 17 after struggling over and again with my then abusive husband. At the time, I had no alternative but to run away from what I called home, or I'd be beaten to death.

My daughter witnessed her father's beating, hurling, kicking …. She was supportive of my decision to leave him, but it was just as difficult for her to accept such an ending as it was for me to look into the eyes of the judge and utter, "I want a divorce."

I went to take psychology courses to heal myself and my daughter. I kept telling her that many well-known people are from single-parent families, that she's not deprived of paternal love and that being a child of a single-mother family isn't inferior to other kids.

Over the past years, she's grown out of it, got into college and has been working hard to become a media producer. We don't see each other often, but we rely on each other for emotional support.

(Li Yuyu and Lin Yi were given pseudonyms upon request.)