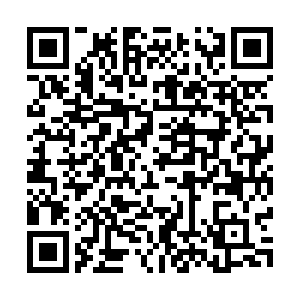 China has made significant achievements in ecological conservation and restoration over the last 10 years by carrying out nationwide campaigns to raise people's environmental awareness and implementing related laws and regulations.

The latest satellite remote sensing data showed that the water surface area of the Qinghai Lake, the country's largest inland saltwater lake, located in northwest China's Qinghai Province, was over 4,625.6 square kilometers by the end of last September.

It had been shrinking since the 1950s due to multiple reasons, including human activities. The combined effects of conservation and changes in the regional climate, however, have helped to turn things around. It has expanded by nearly 220 square kilometers from 10 years ago.

Over the past decade, China has improved its legislation for environmental protection, including revising the Forest Law and the Grassland Law.

Meanwhile, the central government has invested 50 billion yuan (about $7.75 billion) in 25 pilot projects for ecological protection and restoration of mountains, rivers, forests, lakes and grasslands.

In June 2020, China unveiled a 15-year plan including major projects to protect and restore key ecosystems from 2021 to 2035, in an effort to strengthen the shields for ecological security and protect biodiversity.

According to the plan, the country aims to increase its forest coverage to 26 percent by 2035, raise its vegetation coverage ratio of grasslands to 60 percent, and develop nature reserves, with the protected areas covering more than 18 percent of the nation's total land area.

The red lines are "bottom lines and lifelines" for ensuring China's ecological security, according to an official guideline.

This year, a second group of national parks are expected to be designated, a move to further improve the national park system amid the country's nature conservation efforts.

Thus far, the country's overall natural ecosystem is stable and improving, and its quality in key ecological areas such as the Qinghai-Tibet Plateau, the Yangtze River basin and the Yellow River basin, has kept improving on the whole.