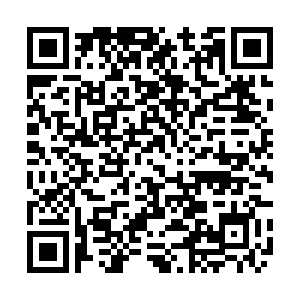 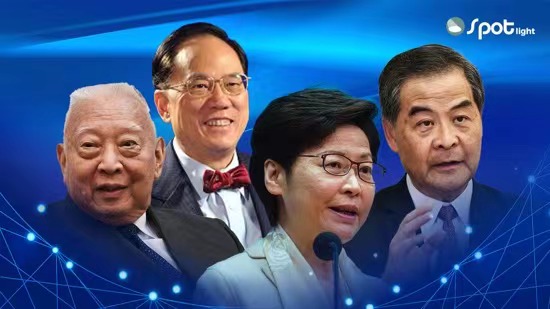 On July 1, 1997, Hong Kong was returned to China after 156 years of British colonial rule. Since then, four chief executives have served the Hong Kong Special Administrative Region (HKSAR).

In 1997, Tung became the first chief executive of the HKSAR.

In 1937, Tung was born into a wealthy shipping family in Shanghai. A graduate from the University of Liverpool, Tung worked as an engineer in the United States for years before returning to Hong Kong in 1969 to manage his family business.

By the 1980s, Tung was an established business tycoon, but he did not enter politics until 1992, when he was appointed to the Executive Council of Hong Kong by Chris Patten, the last governor of Hong Kong. In 1996, Tung won the election to become the first chief executive of the HKSAR.

Tung's tenure included many challenges. In 1998, the Asian financial crisis swept East and Southeast Asia, and Hong Kong's economy experienced a recession. With the full support of the central government, Tung implemented a series of measures to stabilize the economy. In the end, Hong Kong survived the crisis and reinforced its position as a global financial center.

In his second term, Tung led the fight against the severe acute respiratory syndrome (SARS) epidemic that wreaked havoc in China from late 2002 to 2003. As the health crisis unfolded, a series of containment measures were quickly implemented, including school closures, source tracing, collaboration with the Chinese mainland and the World Health Organization (WHO), and the development of a diagnostic test for the virus, among others. On June 23, Hong Kong was removed from the SARS-affected area list by the WHO.

Donald Tsang Yam-kuen served the remaining term of Tung when he resigned in 2005 and was re-elected in 2007.

Tsang grew up in Hong Kong and joined the civil service in 1967. He held positions in various sectors of the government including finance and trade. In 1995, Tsang became the first Chinese person to hold the position of Hong Kong's financial secretary in 150 years of British colonial rule, and he remained in the position during Tung's administration.

During his seven years in office, Tsang proposed two constitutional reforms to modify the election process for the chief executive and the Legislative Council, in 2005 and 2010. Although the first proposal was rejected, the second was implemented in 2012, making it the first political reform proposal to be passed since the establishment of the HKSAR.

In 2008, the most severe financial crisis since the Great Depression hit the global economy, and Hong Kong was not immune from it. In response, Tsang launched a series of policies with the goal of "stabilizing the financial system, supporting enterprises and preserving employment." The loan guarantee scheme helped turn around more than 10,000 businesses and saved 240,000 jobs. Relief measures in 2009 totaled HK$87.6 billion, which equaled to 5.2 percent of Hong Kong's gross domestic product (GDP) at the time. The region's economy in turn staged a visible recovery in 2010.

Leung Chun-ying served as the fourth-term chief executive of the HKSAR.

Leung's parents came from east China's Shandong Province and his father worked as a police officer stationed at Government House when he was young. Throughout his school years, Leung was a superb student as he earned a scholarship to study at King's College in London and later graduated from Bristol Polytechnic first in his class of 1977.

After graduation, Leung entered real estate and became the vice chairman of Jones Lang Wootton by the age of 30. Leung's political career began in 1985, when he joined the Hong Kong Basic Law Consultative Committee which was charged to consult with the Hong Kong people regarding various drafts of the Hong Kong Basic Law. In 1998, he was appointed as the convenor of the Executive Council by then-Chief Executive Tung Chee-Hwa.

After becoming chief executive, Leung pushed for reforms in education and real estate to improve the livelihood of Hong Kong residents, with varied results. These included efforts to make kindergartens part of the free-education program, as well as prioritizing the needs of Hong Kong residents in purchasing houses.

As the fifth-term chief executive of the HKSAR, Carrie Lam Cheng Yuet-ngor took office on July 1, 2017.

Lam was born to a working-class family in Hong Kong in 1957. As a young pupil, Lam was determined to change her life through education. She became a top student at St. Francis' Canossian College – an all-girls school run by strict Catholic nuns, and later enrolled in the Hong Kong University where she majored in sociology.

Upon graduation, Lam joined the Administrative Service and began serving in a variety of positions, gathering experience in budgetary, health care, housing, finance and other areas.

In the summer of 2019, when the Hong Kong government sought to introduce amendments to its fugitive law, protests and violence broke out throughout the city. The Chinese authorities condemned anti-China forces in the U.S. and other Western countries for covertly inciting the violence, which challenged China's bottom line of "One Country, Two Systems" and greatly undermined the prosperity and social stability in Hong Kong.

On July 1, 2020, a national security law passed by the 13th Standing Committee of the National People's Congress (NPC) was signed by Lam. The law targets terrorist activities and crimes that endanger national security, especially those involving foreign countries. To ensure the full implementation of "One Country, Two Systems," the decision to improve the electoral system of the HKSAR was passed at the fourth session of the 13th NPC.

In terms of improving Hong Kong's economy, Lam's administration pushed for various policies including making subsidized flats more affordable and resuming privately-owned land for public housing. In her 2021 policy address, she laid out an ambitious plan to solve the region's long-standing housing shortage by building a million housing units in the next 15 to 20 years.

In March, when the fifth wave of the COVID-19 pandemic reached a peak averaging over 60,000 cases per week, the HKSAR government issued travel restrictions and closed public venues. With the help of medical teams from the mainland, Lam's administration has brought the outbreak under control.

(With input from agencies. Zhao Yue also contributed to this report)