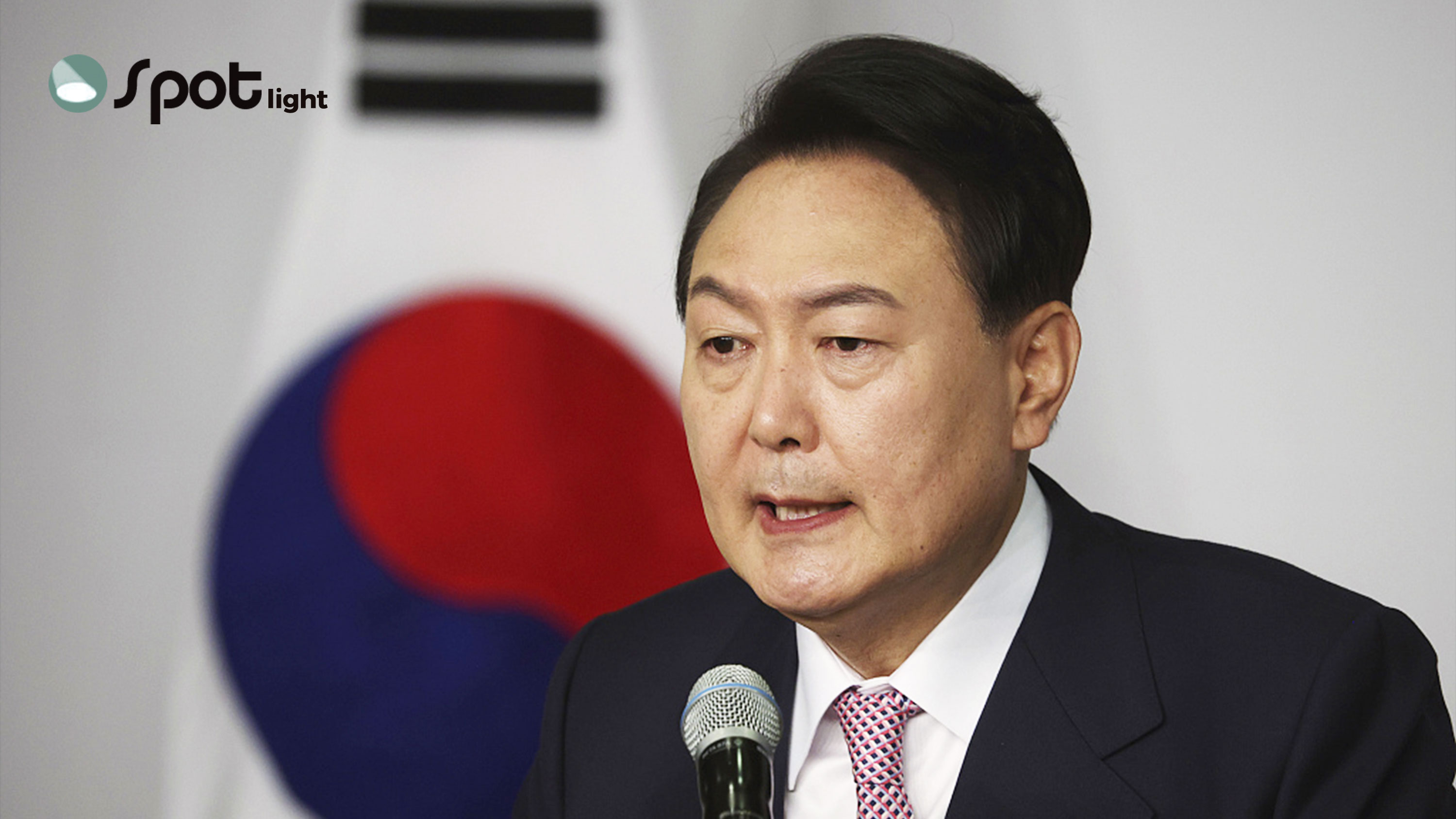 From his article published on Foreign Affairs in February to his interactions with the Biden administration in the past two months, Yoon Suk-yeol, the president-elect of South Korea, has made it clear that Seoul's foreign policy will evolve around its relationship with the United States.

In reciprocity, President Joe Biden has chosen South Korea as the first stop in his trip to Asia later this month.

Ties with Japan also see signs of thawing after Yoon's delegation made the trip to Tokyo in late April. While agreeing to improve bilateral ties, the two countries are still vying on historical issues surrounding Japan's militarism during WWII, especially on forced labor and sexual slavery. Japanese Prime Minister Fumio Kishida will send Foreign Minister Yoshimasa Hayashi to attend Yoon's inauguration on May 10.

To prepare for his inauguration, Yoon is making good on his campaign pledges to strengthen the U.S.-South Korea alliance and improve relations with Japan.

Last month, Yoon told The Wall Street Journal that if invited, South Korea will "positively review joining" the Quadrilateral Security Dialogue (Quad), which includes the United States, Japan, Australia and India. Initiated in 2007, Quad has been viewed as Washington's attempt to contain China by organizing strategic partnerships with countries along China's neighbors.

At a press conference last Monday, White House Press Secretary Jen Psaki was asked whether the U.S. will invite South Korea to join the Quad.

"There are many ways that we engage with South Korea… But the Quad will remain the Quad," said Psaki. 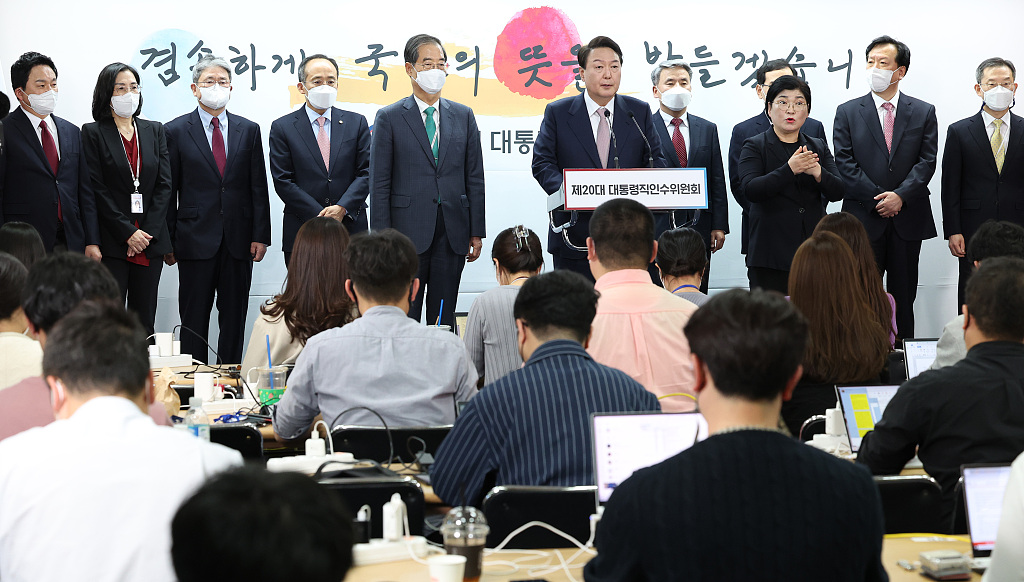 Two months ago, former prosecutor-general Yoon won the presidential election with a slim margin of about 0.8 percent, indicating that he will govern a nation with a divided political landscape, which calls for efforts to mend the division.

Yoon became a prosecutor in 1994 and he earned his reputation as a hardliner on anti-corruption by launching investigations on high-profiled political figures, including former presidents, high-ranking officials and plutocrats.

At age 61, Yoon has worked in South Korea's prosecutorial system for nearly 30 years, but with little experience in politics and foreign affairs.

At home, Yoon set out to smooth relations with key political figures while building his new cabinet.

Yoon visited former President Park Geun-hye who belongs to the same conservative camp in April. Yoon apologized for sending Park into prison after his investigation into political meddling by Park's cronies. Not long after the meeting, Park confirmed her attendance at Yoon's inauguration ceremony. 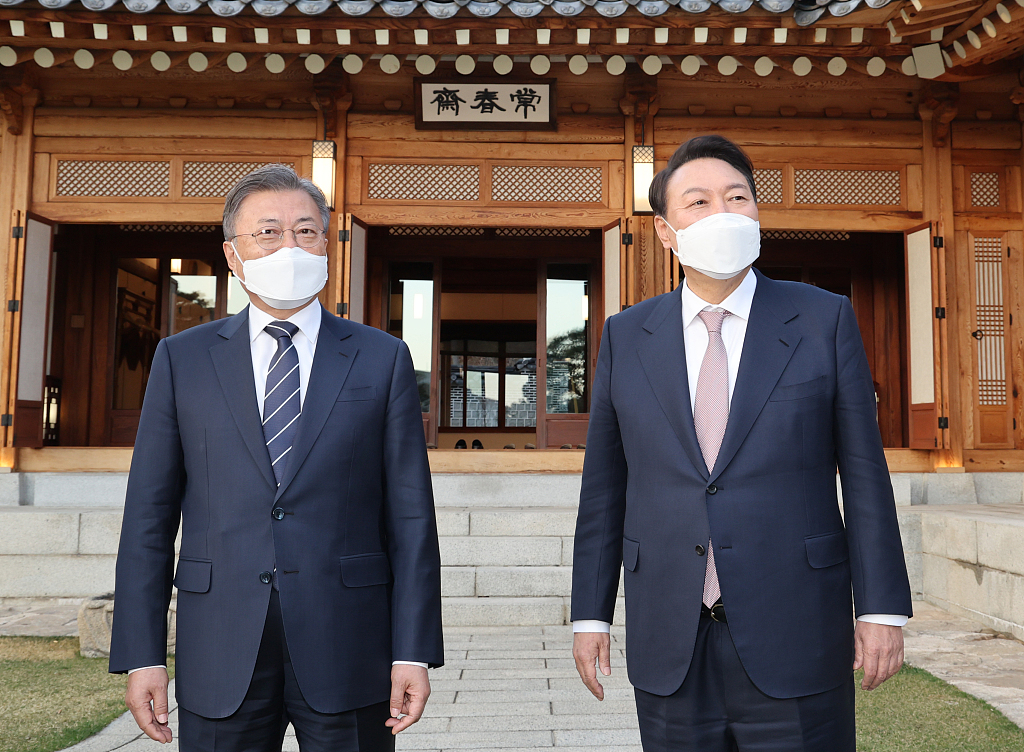 Nineteen days after the presidential election, Moon and Yoon held their first meeting. However, in previous years, the meetings of outgoing and incoming presidents were usually held within 10 days after the election.

During the campaign, Yoon promised that he would "open up the Blue House to the public" as soon as he takes office. But to the Moon administration, the rushed move was regarded as a threat to national security.

Yoon's plan of relocating the presidential office to the Ministry of National Defense compound came at an exorbitant price tag. Despite heavy criticism from the public, Yoon's plan has been approved by the cabinet with a budget of nearly $30 million, according to Reuters. 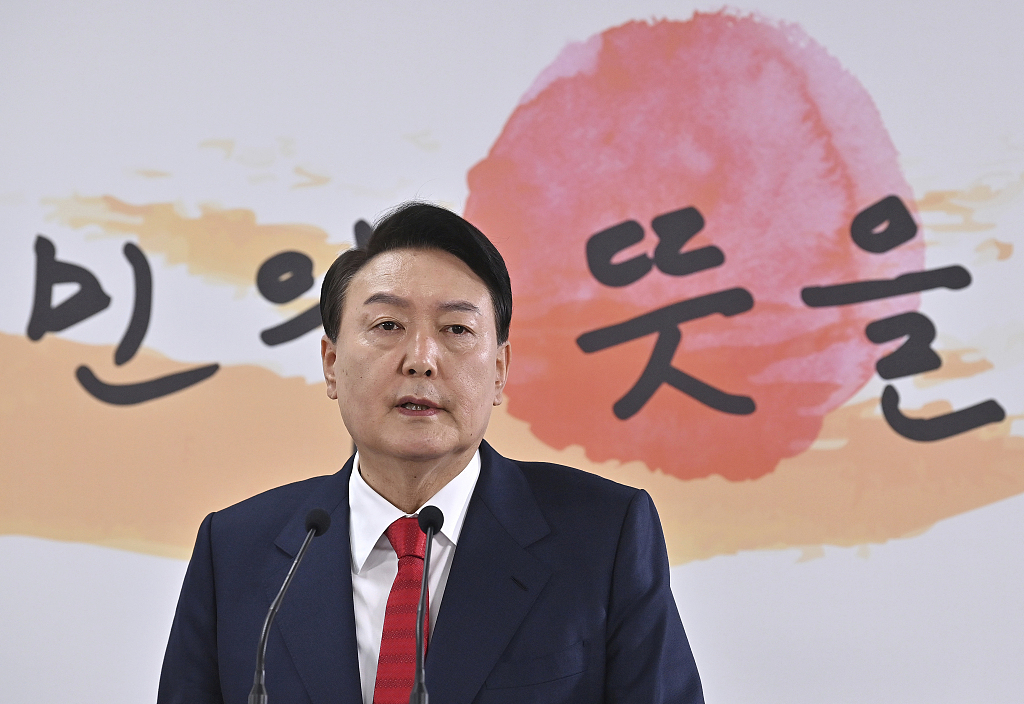 President-elect Yoon Suk-yeol speaks during a news conference to address his relocation plans of the presidential office in Seoul, South Korea, March 20, 2022. /CFP

President-elect Yoon Suk-yeol speaks during a news conference to address his relocation plans of the presidential office in Seoul, South Korea, March 20, 2022. /CFP

Going back on his word

Yoon is facing criticism for backpedaling on key campaign promises as many are missing from the incoming administration's list of top 110 national tasks, according to The Korea Times.

During his presidential campaign, Yoon suggested disbanding the Ministry of Gender Equality and Family in order to gain the support of some male voters who argue ministry's role in creating gender antagonism.

Now, Yoon has named a new head for the ministry in the first batch of nominees of the new cabinet, according to Yonhap news agency.

As one of his foreign policy goals, Yoon said South Korea needed to get tough with the Democratic People's Republic of Korea (DPRK). He also pledged to support additional deployment of U.S. Terminal High Altitude Area Defense (THAAD) batteries in South Korea.

In 2016 and 2017, tensions escalated on the Korean Peninsula after South Korea deployed THAAD. It undermined the trust from Russia and China, and more importantly, didn't stop the DPRK from testing more ballistic missiles in the years that followed.

Three weeks later, Yoon told The Washington Post that South Korea should "take a stronger political position on China," despite the strong economic and trade ties between the two countries. China has been South Korea's largest trading partner for 18 consecutive years.

Among his contradictory political views, it remains to be seen how Yoon's policy will unfold in the next five years for a nation with soaring housing prices, income inequality and mounting inflation.