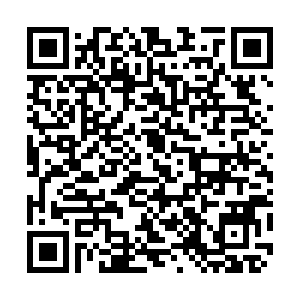 China on Monday expressed its firm opposition to foreign ministers of the Group of Seven (G7) countries and the European Union High Representative for Foreign Affairs and Security Policy statement on the election of the sixth-term chief executive of the Hong Kong Special Administrative Region (HKSAR).

Calling the statement baseless and fact-distorting, the spokesperson of the Chinese Embassy in Britain said the G7 and the EU grossly interfered in China's internal affairs and disregarded basic norms governing international relations.

China's Constitution and the Basic Law of the HKSAR have been the foundation underpinning China's governance of the region, not the Sino-British Joint Declaration, the spokesperson said.

China will never allow any external forces to interfere in the internal affairs, the spokesperson reiterated.

The embassy urged the G7 and the EU to abide by the basic norms of international relations, stop meddling in Hong Kong affairs in any form and stop interfering in China's internal affairs.

The Office of the Commissioner of the Chinese Foreign Ministry in the HKSAR on Monday also firmly rejected and strongly condemned the G7 and the EU's misleading comments.

The spokesperson pointed out that John Lee's winning of the HKSAR's six-term chief executive election by an overwhelming majority of votes fully reflected the great support for him by Hong Kong society.

This successful election showed the new atmosphere under the new electoral system, displayed an upbeat mood of Hong Kong seeking unity and progress, and once again demonstrated the superiority of the new electoral system, the spokesperson said, adding the so-called democratic elections in some Western countries are essentially "elite" elections and political shows in which money talks.

These countries only care about the election cycle, political party interests and group interests, the spokesperson said.

"They know how to look good during campaigning but fail to govern effectively after being elected," the spokesperson said. "They don't have in mind the fundamental and long-term interests of their people, which usually result in short-sighted policies and inefficient governance."

Ignoring the structural deficiencies of their own democratic system and claiming to be "models of democracy," these pretentious countries are obsessed with pointing a finger at the democracy and human rights situation of others and engaging in "wolf-pack tactics" to interfere in others' internal affairs, according to the spokesperson.

The office urged the G7 politicians to respect the historical trend, abide by the principles of international law, such as non-interference in others' internal affairs and the basic norms governing international relations, discard ideological prejudices and hypocrisy, stop interfering in China's internal affairs, including Hong Kong affairs in any form, and no longer damage Hong Kong's prosperity and stability.