Download
Could someone give the G7 something for its Hong-Kong-OCD?
First Voice 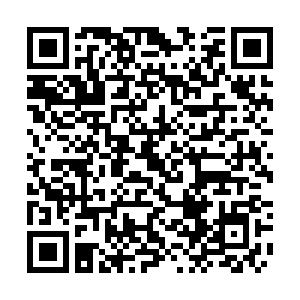 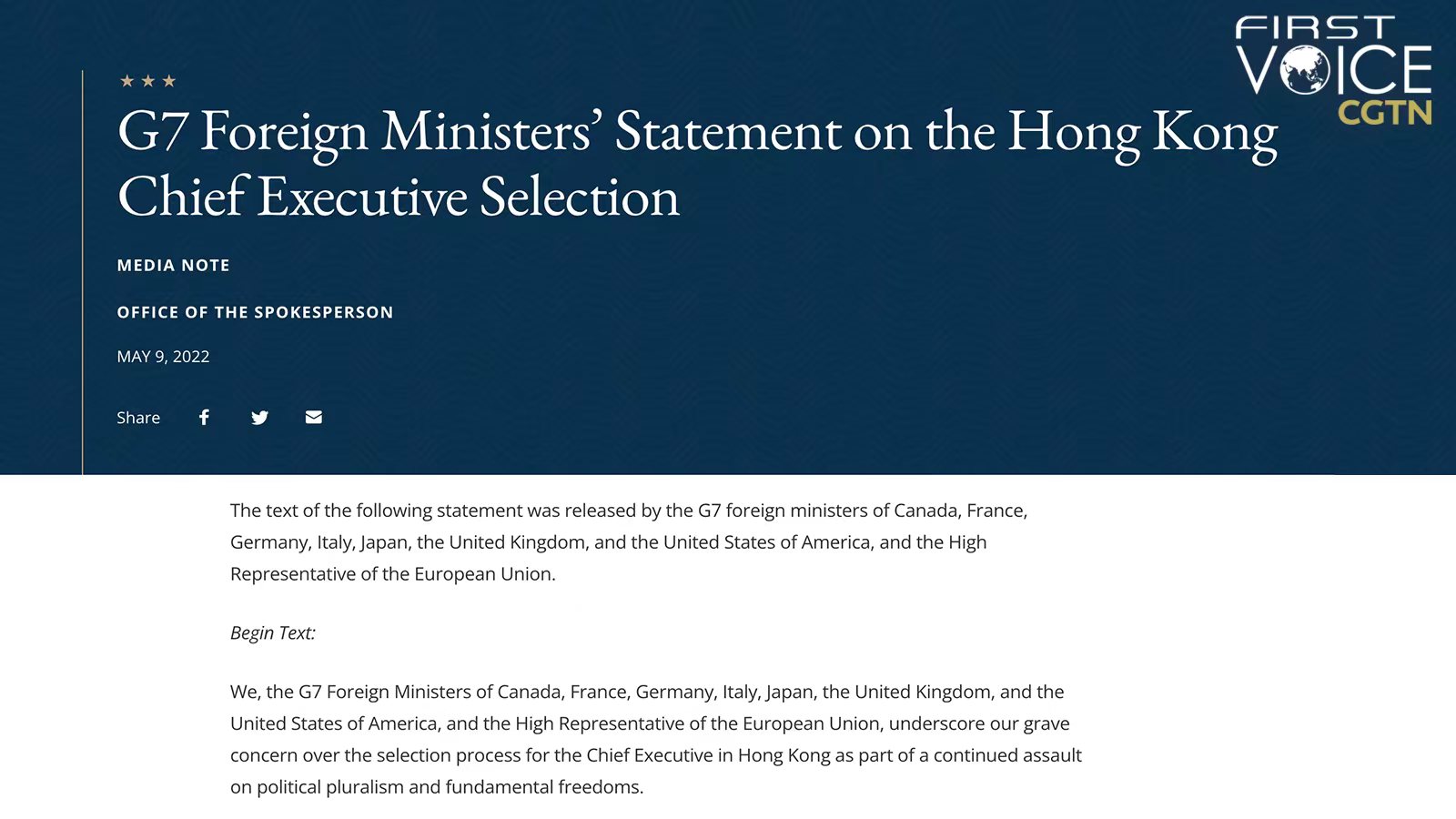 The G7 has a pathological obsession with the Hong Kong Special Administrative Region. During the violent riots in 2019, the G7 expressed support for Hong Kong's autonomy; when the national security law was coming out, it criticized the legislation as "undermining the 'One Country, Two Systems' principle"; and now, as Hong Kong elected a new chief executive, the G7 has "grave concern" over the process, calling it "part of a continued assault on political pluralism and fundamental freedoms."

This group just can't keep its mouth shut on developments in Hong Kong! Every time there is a change in this part of China's sovereign territory, the seven countries would claim to be on the side of the Chinese people and trot out the usual in-word-only support for those who wish to go against the government. Whenever material support is too risky, one can expect this kind of "rhetorical support" set out in a statement somewhere.

But, the situation is worsening for them. Foreign powers intending to undermine China by sowing chaos in the Hong Kong SAR got their high point in late 2019 and early 2020 when violent rioters tore up the city and brought chaos to the region. It is this "high point" that warned and showed the Chinese people and China's central government the danger of letting foreign forces roam freely through the region’s political process and governance system. 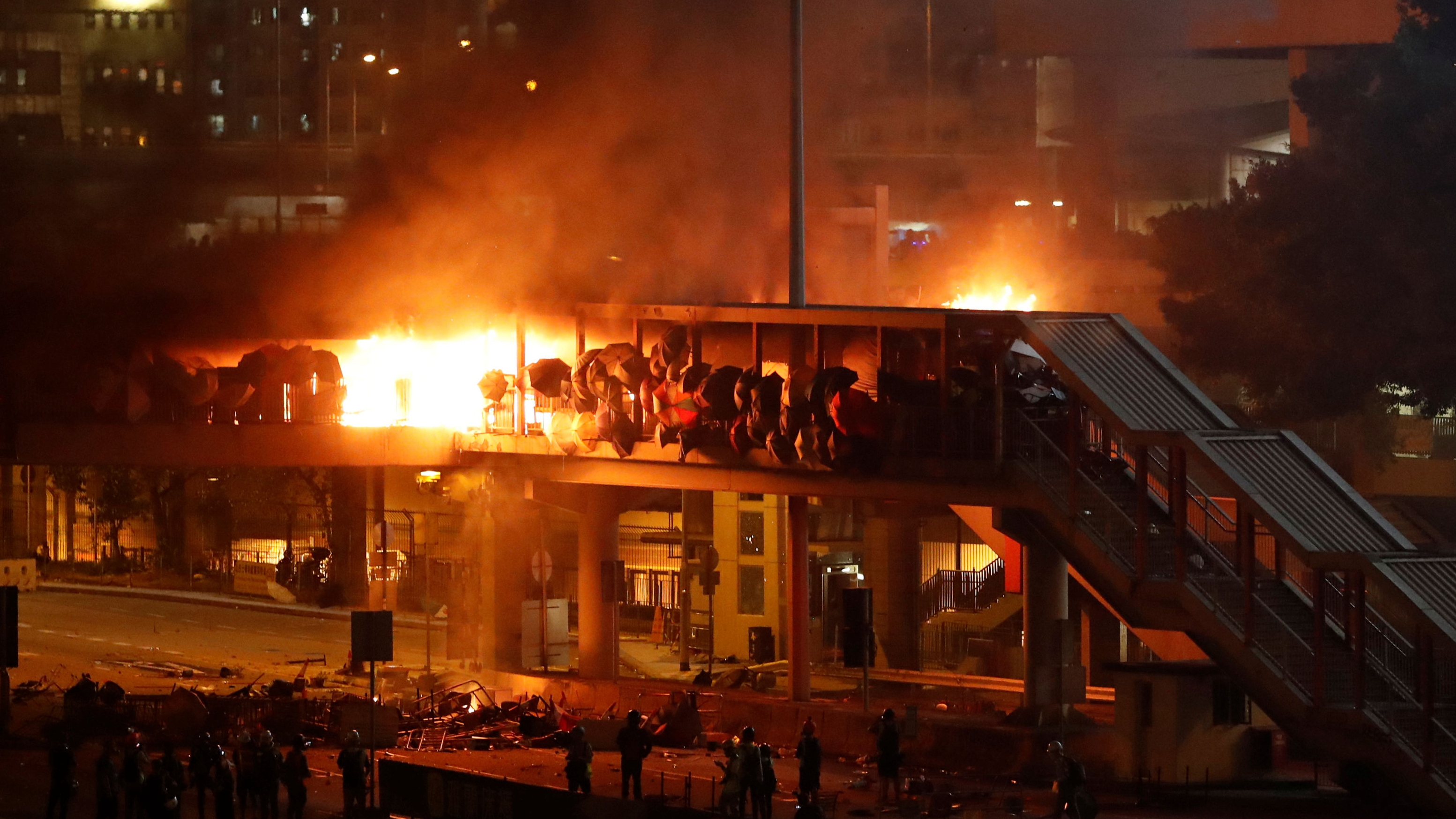 "Britain ruled Hong Kong for more than 150 years and there's never [an] election of the chief executive (governor general) in any form whatever. It's a bit funny when people then say or make criticism of various methods of election of the present chief executive when they never had election at all," the former Director of Economic and Business Policy for the mayor of London John Ross said in an interview. He also noted that there hadn't been any protests or speeches about the lack of elections then from the United States or others.

"The whole attack, which has been made by the West, is hypocrisy of absolutely first rank," Ross said.

What the G7 and other Western countries keep deliberately ignoring is that Hong Kong is a part of China by law, and the Chinese central government has no interest in turning Hong Kong into the "authoritarian state" that the West fantasized about. According to the Hong Kong Trade Development Council's report in early May 2022, Hong Kong remains one of the world's freest economies, ranking third in global Foreign Direct Investment inflows for countries and regions. And according to the Global Financial Centre Index, Hong Kong is the third leading global financial center. Hong Kong's position in the global economy is crucial to China's overall economic development.

The election of John Lee is significant as it is the first chief executive election since the improvement of its electoral system in 2021. It signals a new chapter in Hong Kong in which the city will no longer be used as a geopolitical weapon, but a hub that serves better as an economic conduit between the Chinese mainland and the international community. The G7 countries and the rest of the Western world should see this as an opportunity to nurture better ties with China and Chinese business. The days of their twisted obsession with the region's politics is over, whether they like it or not.