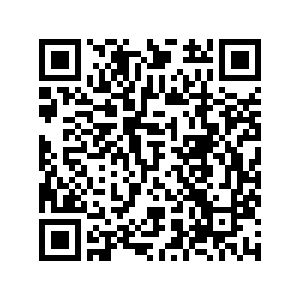 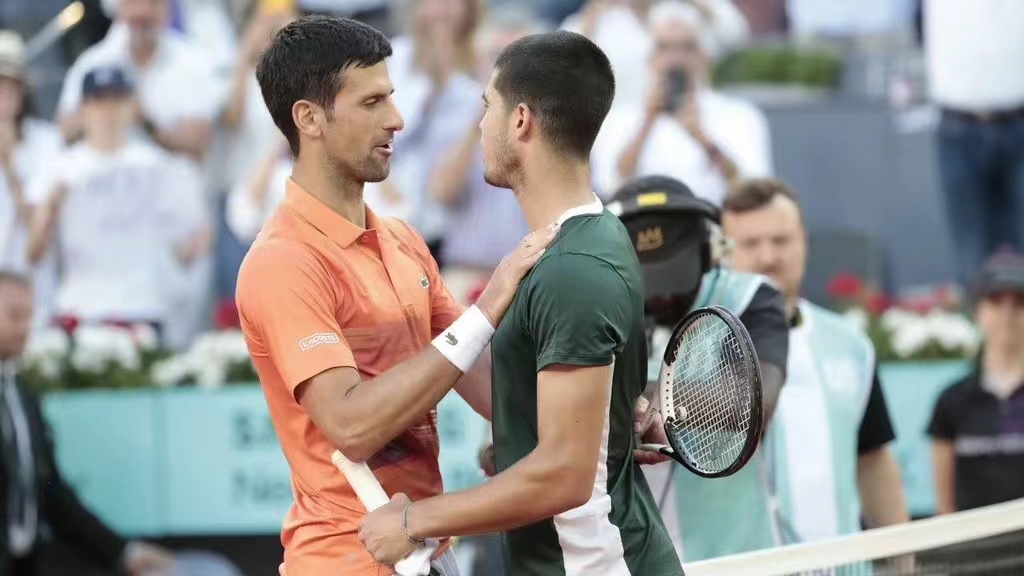 Novak Djokovic and Rafael Nadal enter the Internazionali BNL d'Italia after being beaten by Spanish teen Carlos Alcaraz in Madrid. Both of the top tennis stars heaped praise on the newly-crowned Madrid Open champion.

The 34-year-old Serbian described Alcaraz as a "complete player" and the "talk of the sport" after the 19-year-old Spaniard became the first-ever player to beat King of Clay Rafael Nadal and world No.1 Djokovic at the same clay-court event, before toppling defending champion Alexander Zverev of Germany 6-3, 6-1 in the final on home soil to win his second Masters title and a tour-leading fourth trophy in 2022.

"Everything about his game is really impressive. He is very complete," Djokovic said after arriving in Rome for the Italian Open.

"Can play equally well offensively and defensively. So, he's the talk of the sport and I think it's great in general for tennis to have somebody that young who is bold to challenge the best players in the world and win big trophies. But, at the same time be humble and nice off the court, which he is. Definitely wish him all the best and I'm sure there is going to be a lot of interesting encounters with him on different surfaces with other players and with myself, hopefully. He brings a lot of energy on the court which is nice to see and that's why people like him and they follow him closely." 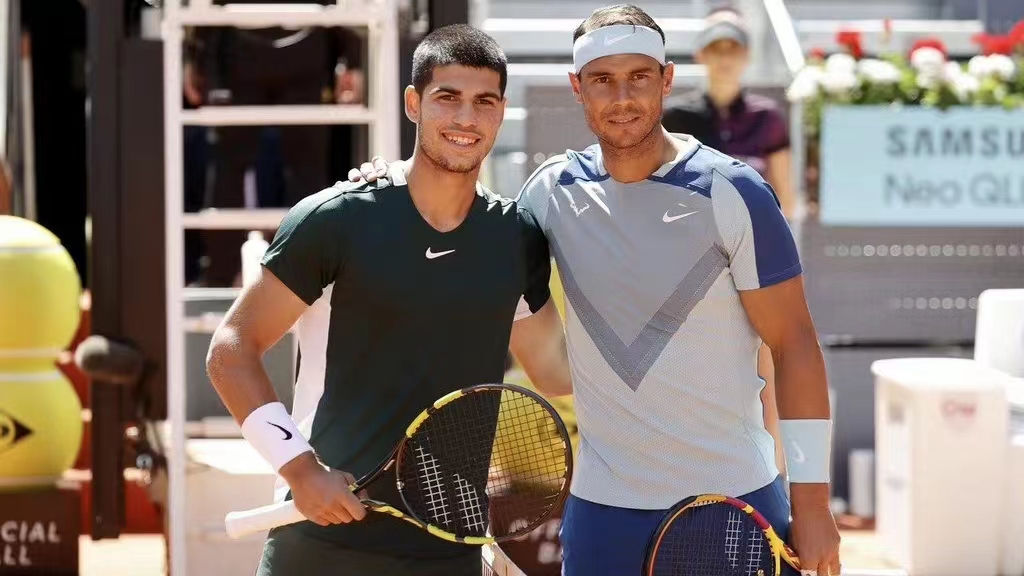 Nadal compared the hype surrounding his compatriot and himself as the difference between the interest in a new car or a new phone to an older model.

"First, I think he is young, he is new and all the new things are much more interesting than older things. Without a doubt, when you see a new car, always looks better (than an old one). When you see a new phone, always looks better than the old ones. So, it's something that is normal in this life. I can't complain at all about that. At the same time, I am happy to have somebody like him from my country achieving all the things that he is achieving," said Nadal.

Alcaraz's latest triumph lifted him to sixth in the world rankings, but fans will have to wait a bit longer to see the 19-year-old in action again after he announced his withdrawal from the Rome Masters on Sunday to nurse his ankle injury, with less than a fortnight until the French Open begins on May 22.