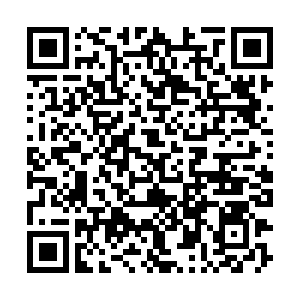 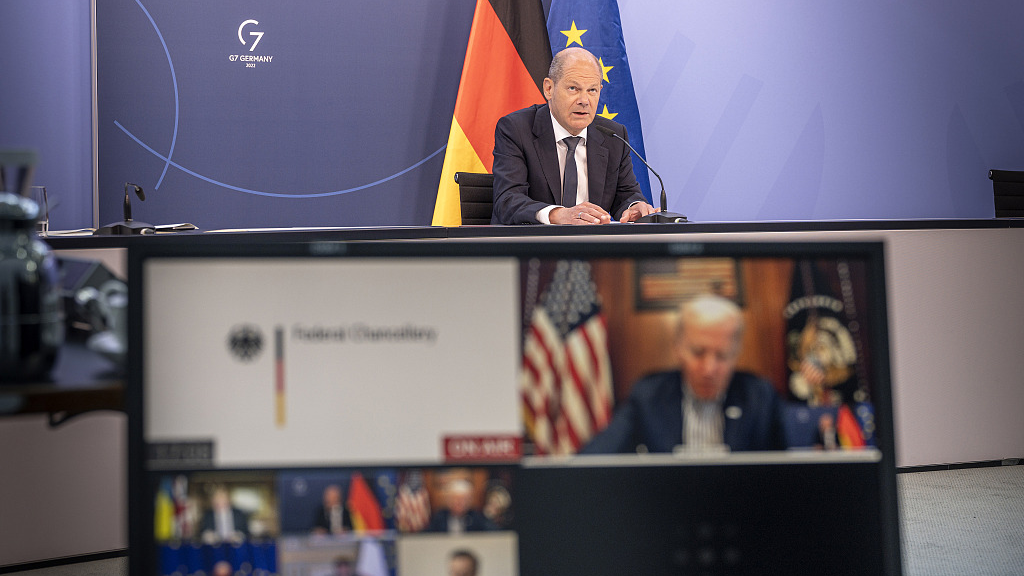 German Chancellor Olaf Scholz speaks during a video conference as part of the G7 with the heads of state and government of the U.S., the UK, France, Italy, Japan, the EU and Canada as well as Ukraine, in Berlin, Germany, May 8, 2022. /VCG

German Chancellor Olaf Scholz speaks during a video conference as part of the G7 with the heads of state and government of the U.S., the UK, France, Italy, Japan, the EU and Canada as well as Ukraine, in Berlin, Germany, May 8, 2022. /VCG

Editor's note: Iliya Kusa is a journalist and political expert in Kyiv. The article reflects the author's views and not necessarily those of CGTN.

The international context, under which the virtual summit of G7 countries was recently held, is alarming. Russia's ongoing military offensive in Ukraine has destabilized world markets, thrown off balance several dozen countries dependent on Russian and Ukrainian wheat supplies, and triggered a significant political and ideological escalation between Russia and the West, and in a more broad way between Western and non-Western countries.

Many hoped that the G7 virtual meeting of key Western leaders would lead to some clarification regarding the situation with Russia and the ongoing war in Ukraine, especially given the fact that the Ukrainian president had the opportunity to address the meeting for the first time in history.

In turn, in their final statement on the results of the summit, the G7 leaders committed to continue providing Ukraine with military and defense assistance, including expanding cooperation on cyber and information security. This came just as U.S. President Joe Biden announced new security aid package to Ukraine worth $150 million, which will provide additional artillery munitions, radars and other equipment.

A similar statement was made by Canadian Prime Minister Justin Trudeau during his visit to Kyiv on May 8, with satellite imagery, small arms, munitions and drone cameras loaded for Ukrainian Armed Forces. Apparently, the G7 meeting could further elevate arms supplies for Ukraine and contribute to their coordination at least between these seven nations. 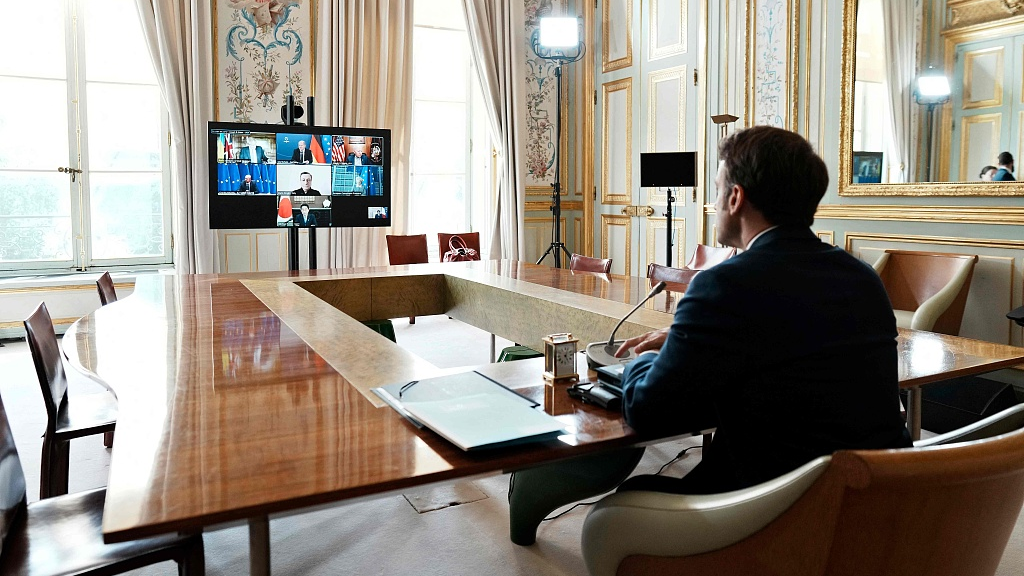 France's President Emmanuel Macron attends the video conference with G7 leaders on Ukraine at the Elysee Palace in Paris, France, May 8, 2022. /VCG

France's President Emmanuel Macron attends the video conference with G7 leaders on Ukraine at the Elysee Palace in Paris, France, May 8, 2022. /VCG

On financial and economic support, G7 countries reaffirmed their commitment to help Ukraine stabilize its economy, which is expected to shrink by almost half by the end of 2022. The G7 countries have already provided Ukraine with support worth over $24 billion since February 24 and are planning to step up collective short-term financial support, helping the Ukrainian government cover the basic needs of the population.

As for long-term solutions, the summit didn't produce much results. It seems that discussions on how to support Ukraine in the years to come, especially with post-conflict reconstruction efforts, are still ongoing.

There is a general concept that such support should be coordinated under the auspices of key Western international financial institutions like the International Monetary Fund (IMF), which has already created a multi-donor administered account for Ukraine. However, the main question would be whether Western countries are ready to commit significant resources for Ukraine and how the war would impact European and world economy by the end of the year.

Russia's "special military operation" has already accelerated recession and contributed to destabilizing world markets, leaving even the G7 economies concerned. What's more, a question mark persists on the final cost of the war for Ukraine and how much money Kyiv would need for post-conflict reconstruction. Currently, there are no final and acute figures, but Ukrainian officials have hinted that the conflict could eat up to $300 billion.

Finally, the G7 countries committed to further escalate the sanctions war against Russia by imposing new restrictions and coordinating them. One of such measures includes the gradual "phasing out" of countries' dependency on Russian energy.

The G7 nations confirmed they were willing to significantly reduce imports of Russian oil by the end of the year. However, no specific timing or instruments were introduced to clarify how exactly would Western countries coordinate this issue, considering that they have different levels of dependency on Russian energy supplies as well as approaches to address these issues.

Just days before the virtual summit, the EU for several days couldn't agree on the sixth sanctions package against Russia, which is to include partial and gradual embargo on Russian oil exports to Europe. It was reported that Bulgaria, Hungary, Czech Republic and Slovakia were demanding more time – up to two years – to find ways to reduce Russia's share in their oil imports.

While some other countries – reportedly Malta, Greece and Cyprus – had reservations with EU's planned restrictions on transportation of Russian oil, which might hit their shipping industries. Even Japan, a member of G7 and one of the U.S.'s closest Asian allies, has recently announced that while they would like to cease importing Russian crude oil, they would still maintain their participation in various oil and gas projects in Russia's Far East.

All in all, the G7 meeting didn't produce any immediate results.  The G7 is one of several discussion platforms, where the wealthiest of Western economies could plan their next moves with regard to the situation in Ukraine.

And clearly, it was an attempt by Western powers to consolidate their position towards Russia-Ukraine conflict, try to coordinate on key issues and find common ground on how to counter Russia without exposing their own economies to undesirable risks.

In terms of Ukraine, the meeting was another good opportunity for Zelenskyy to address an international audience and further cement his already popular political image in the West. His speech showed that Western military support boosted his confidence in Ukraine's abilities to turn the tide of war in its favor, or at least to successfully counterbalance Russia, denying Moscow its long-desired goal of capturing eastern and southern regions of Ukraine.

As Zelenskyy's rhetoric hardened, prospects for peace negotiations waned. For the past several weeks, neither Ukraine nor Russia demonstrated readiness to reach a compromise and agree on some kind of a ceasefire agreement.

After the siege of the city of Mariupol technically ended at the end of April, peace consultations, which had gained some track in March, have weakened dramatically. It seems that both parties are not ready to talk while the military situation is still indecisive.

Ukraine doesn't want to budge from its position under Russian pressure and show weakness which could deal a heavy blow to army's morale. On the other hand, Russia doesn't want to make concessions either as its forces intensify attacks in Ukraine's east and southeast with a clear desire to crush Ukraine's defenses and carve out their sphere of influence by capturing the whole territory of Ukraine's two breakaway regions.

This situation of a political stalemate but military escalation will probably remain so for some time. The situation in Ukraine is still dynamic and is being shaped by the military hostilities on the ground.