Download
The U.S. is using the Ukraine conflict to influence others' interests
Azhar Azam 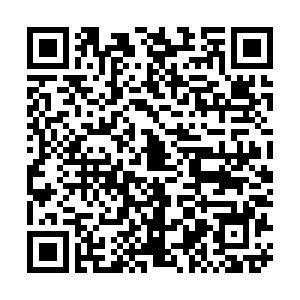 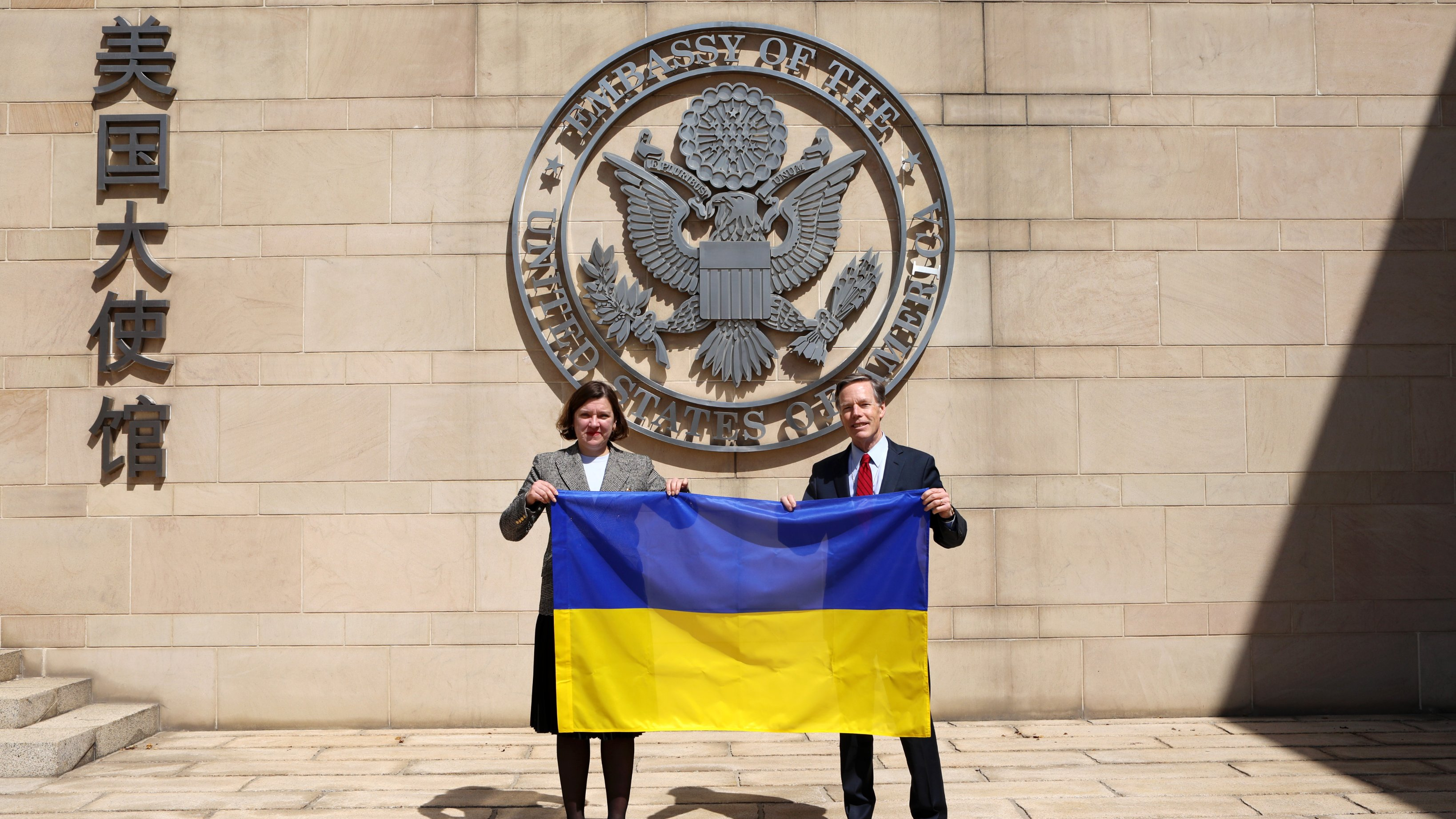 Thanks to insistent economic growth, augmented import capacity and cooperative external policy, Beijing over the past few years has emerged into a predominant player and important stakeholder in the global economy. The burgeoning China has quivered the U.S. that fails to stomach the new global reality in fear of the East Asian giant becoming a "near-peer competitor."

Washington of late continues to fall into populist politics, protectionist policies and isolationist sentiments. As domestic polarization reduces America's influence the world over and the country evolves into a less reliable partner – it is looking to take advantage of the Russia-Ukraine conflict to stop allies from pursuing their "national interests," see the Kremlin "weakened" and target China by releasing ad hominem statements against the planet's second largest economy.

From allegations of coronavirus origins to genocide, the U.S. has been running a systematic disinformation campaign against China. During the ongoing Ukrainian crisis, Washington wasted no time in falsely asserting Beijing knew the plan and sought Moscow to delay the military action until the conclusion of the Beijing Winter Olympics. The blame was followed by rumors the Kremlin was seeking military assistance from China.

Such assertions ignored the fact that more than 6,000 Chinese citizens were stuck in Ukraine when the conflict began. Also, Beijing is the largest trading partner of both Russia and Ukraine and the world's largest importer of crude oil and natural gas; the war has sparked billions of dollars in losses to Chinese firms due to disruptions in commodity markets and supply chains.

A Chinese titan, Tsingshan Holding Group, for instance reportedly expected an $8 billion trading loss after nickel prices exploded following Russia's "special military operation." The war, together with lockdowns in China, damaged vast swathes of the global manufacturing economy, broadening economic malaise. It was therefore reckless to inveigh against Beijing for supporting Moscow on Kyiv despite many Chinese nationals and a multi-trillion-dollar economy was put at risk by the conflict.

The U.S. is still trying to shift the blame of conflict on China. In an imbecile assessment on May 2, the U.S. State Department for the first time through its so-called counter-disinformation unit, known as the Global Engagement Center, accused the Chinese government and media of "pro-Russia neutrality" and routinely peddling Russian propaganda, conspiracy theories and disinformation. 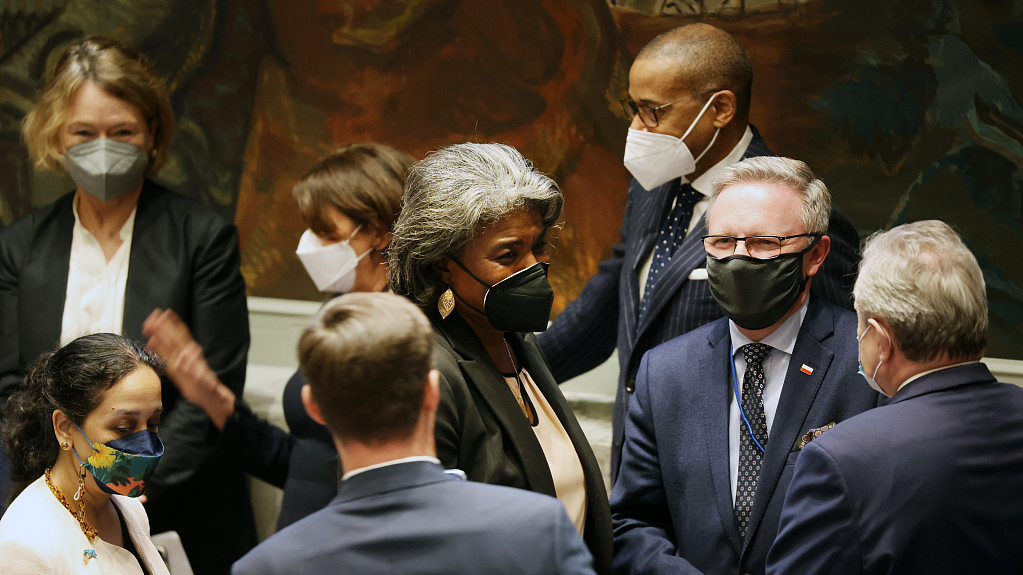 U.S. Ambassador to the United Nations Linda Thomas-Greenfield attends a meeting at the UN about the ongoing situation in Ukraine, New York City, U.S., May 5, 2022. /VCG

U.S. Ambassador to the United Nations Linda Thomas-Greenfield attends a meeting at the UN about the ongoing situation in Ukraine, New York City, U.S., May 5, 2022. /VCG

Clearly, America aims to suck China into a conflict that bears no relation with the East Asian nation other than threatening its own economy. The bizarre tone endeavored to peel off Beijing's rational responsible position: Sovereignty and territorial integrity of all countries including Ukraine must be respected and make sincere efforts for peaceful dispute resolution.

Yet the statement blithely flouted the U.S. officials' blatant lies about China's prior knowledge of the conflict and the Russian request of weaponry support.

Even before the crisis roiled Eastern Europe, China in a joint communique with Russia called on all states to practice dialogue, strengthen mutual understanding and champion universal human values rights such as peace, development, equality, justice, democracy and freedom. It emphasized that all countries should respect every nation's right to determine its path of development and other states' sovereignty, security and development interests.

Some international leaders misconceived and equated the "new era" – where international community needed a leadership aiming at peaceful and gradual development and which vowed to "defend the world order based on international law" in accordance with the purposes and principles of the United Nations-driven international architecture and charter – with an intent to "replace the existing international order." That's off base.

The declaration rather expressed a desire to seek a genuine multipolar world with the global body and its Security Council playing a central role in democratization of international relations. This reaffirmed China was committed to a UN-led world order for global peace and stability in the face of the U.S. hegemonic efforts to make the world a unipolar chessboard. Claims such as alignment of "a new arc of autocracy" to "challenge and reset the world order" are absurd too.

All these pronouncements in an interrelated and interdependent world would cast aside the possibility of much-needed international cooperation, ushering a new geopolitical spat; they could help the crisis deepen and spread across the European peninsula.

Since Beijing's positive vision doesn't pursue great power status and "instead interweaves the interests of the Chinese people with pursuit of the global common good," such a scenario should be avoided through international engagement to thwart economic and security challenges to Europe and the globe.

The U.S. officials are divided on "China's backing of Russia in Ukraine." On the same day the U.S. State Department released a jarring assessment alleging China's push to amplify the Kremlin's voice on Ukraine, American ambassador to the Organization for Security and Cooperation in Europe Michael Carpenter defied, admitting to finding no indication of Beijing's involvement or help to Moscow on the military campaign in Kyiv.

Washington seems to want to prolong the Ukraine conflict in an attempt to reintegrate a highly polarized country and reassert its domination over the world. America doesn't just intend to bolster its position in a so-called strategic competition with China; the U.S. multilayered strategy also focuses to make Europe more dependent on American energy and security in a bid to influence Brussels' autonomy.

This U.S. approach to exploit the European crisis to its advantage by infringing the rights, interests and sovereignty of other states should be closely watched while strengthening cooperation for a peaceful solution of the Russia-Ukraine dispute.